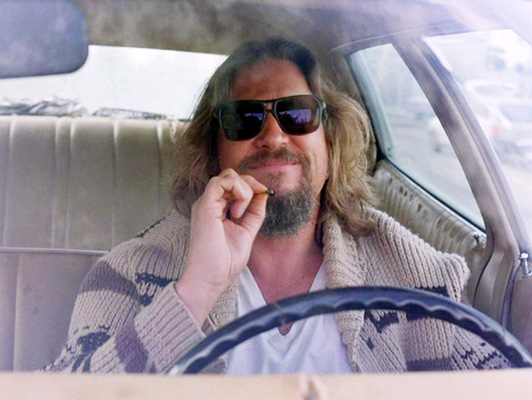 After an encouraging start to another season, the Cleveland Indians have hit their annual June Swoon – with a new wrinkle.

Adding to the usual losses and injuries is the arrest of All Star closer Chris Perez for allegedly possessing marijuana that was allegedly mailed to his house.

So, while we wait for our beloved Tribe to turn it around, we thought we’d look back on classic stoners from movie history, and give the Indians bullpen a new, munchier look.

6) The spot starter: Pineapple Express’s Saul Silver. A tribe uniform is the only shirt he should ever wear besides that shark with a kitty in its mouth tee shirt.

5) The long man:  Sir Smoke a lot (Dave Chapelle) from Half-Baked (1998). Might have some trouble getting his trainers, Billy Bong Thorton and Wesley Pipes, past security.

4) Middle relief: Jay and Silent Bob aka Bluntman and Chronic (Kevin Smith and Jason Mewes) from, among others, Jay and Silent Bob Strike Back (2001). If today is Tuesday and the game is on Friday..they figure they have…eight days.

3) Matchup specialists: Pedro and Anthony (Cheech and Chong) from Up in Smoke (1978) Back in the fold after that deportation misunderstanding, Pedro and “Man” are rested and ready. When that call to the bullpen comes, they promise not to go straight to the mound.

2) Setup Man:  The Dude from The Big Lebowski (1998) Though he may need a custom glove to accommodate the White Russian, he can instantly deflect any batter who charges the mound with a well-placed “this on-field aggression will not stand, man!”

1)    Closer:  Floyd (Brad Pitt) from True Romance (1993). Man, this guy was so stoned it saved his life! Instead of game film, prefers watching old Flintstones episodes.