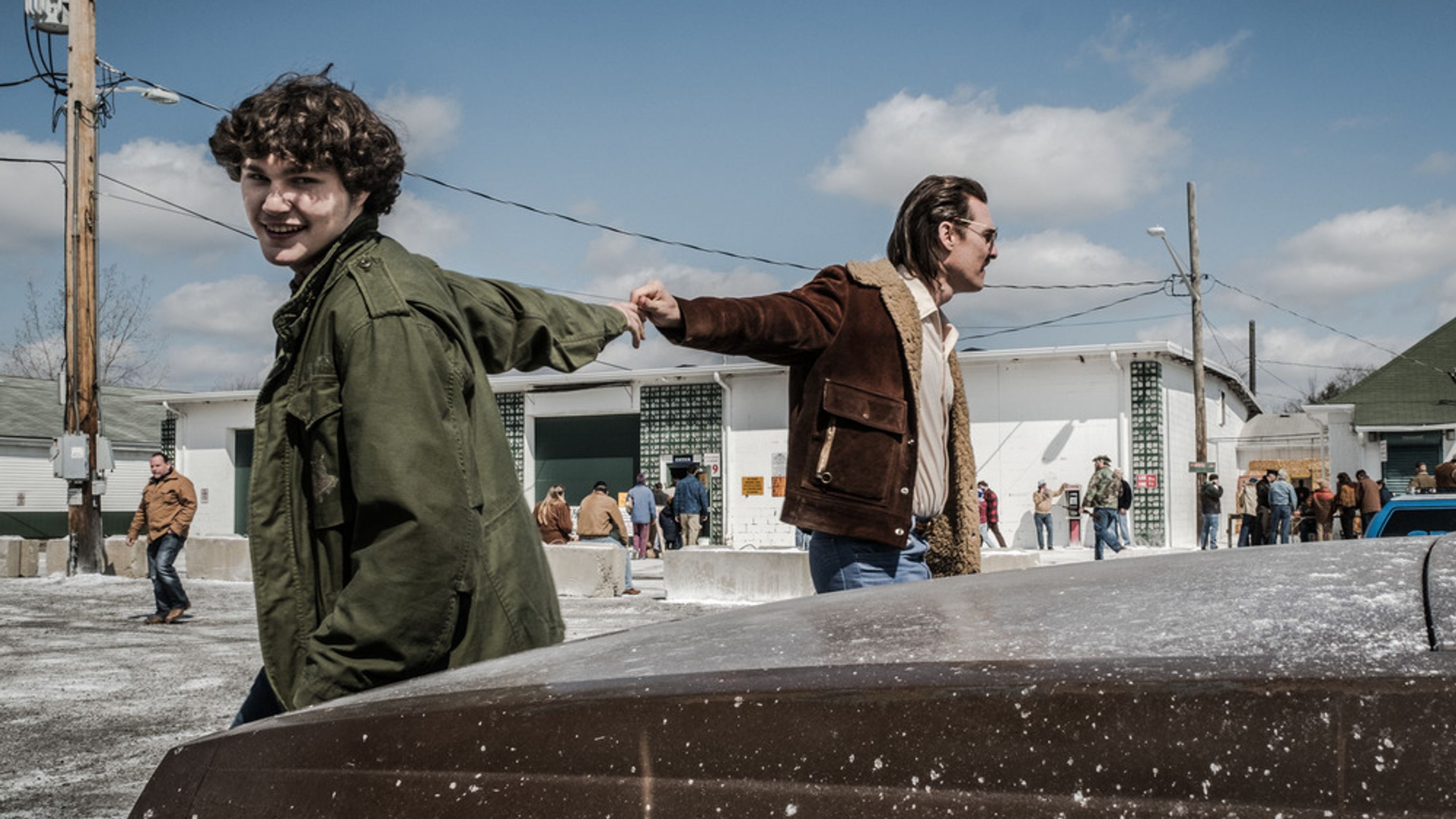 Detroit’s economic blight has offered a powerful backdrop to many a film—Only Lovers Left Alive and Don’t Breathe spring to mind. But for White Boy Rick, this decrepitude does not simply serve a fictional horror. It created a real one.

Rick Wersche Sr. peddled guns to Detroit lowlifes. Feds preyed upon his 14-year-old son with an offer: become an FBI informant or the old man goes to prison. Things escalated, Rick Jr. made some questionable decisions (as teens are wont to do), the Feds took advantage, and by the time he was 17, White Boy Rick was facing a lifetime prison sentence with no hope for parole. This for his first conviction, a nonviolent crime.

Making his acting debut, Richie Merritt cuts a believably affable street kid. He’s like a puppy, a mutt, with moppy hair and a bad teenage mustache. The characterization helps to clarify how he so easily ingratiates himself into dangerous gangs, or why he’s trusted by the same, but it’s a tougher sell when Rick turns kingpin.

Bel Powley nails the role of sister and more obvious victim of the family’s circumstances, while both Bruce Dern and Piper Laurie are a hoot in small roles. But it’s Matthew McConaughey who most impresses.

McConaughey hits not one false note as the self-deluded optimist, Rick Sr. All resilient façade and pathetic underpinnings, desperate to create a healthy future for his family even as his own illicit gun sales compound Detroit’s problems, Rick Sr. is a study in contradictions. McConaughey approaches the task with nuance and empathy, and the result amazes.

In its best moments, White Boy Rick laments the circuitous nature of poverty and urban decline. When it’s really on point, it even illuminates the infrastructure that perpetuates the tragedy.

In its off-moments, though, it tries too hard to present Rick Wersche Jr. as a good kid who didn’t deserve his fate. There is no doubt that Wershe did not deserve his fate, nor did countless other nonviolent felons convicted during the US’s dubious war on drugs. But there’s something about the way director Yann Demange (’71) differentiates the white boy from the rest of the criminals that is unsettling.

The racial dynamics of the film lack much of the nuance afforded the family drama. Demange invites us into the world that’s so appealing to Rick Jr.—a lure that’s far more compelling than just money—but he can’t follow through.

It’s too bad, because as a showcase for performances, White Boy Rick excels. It just can’t entirely decide what it wants to accomplish with its story.