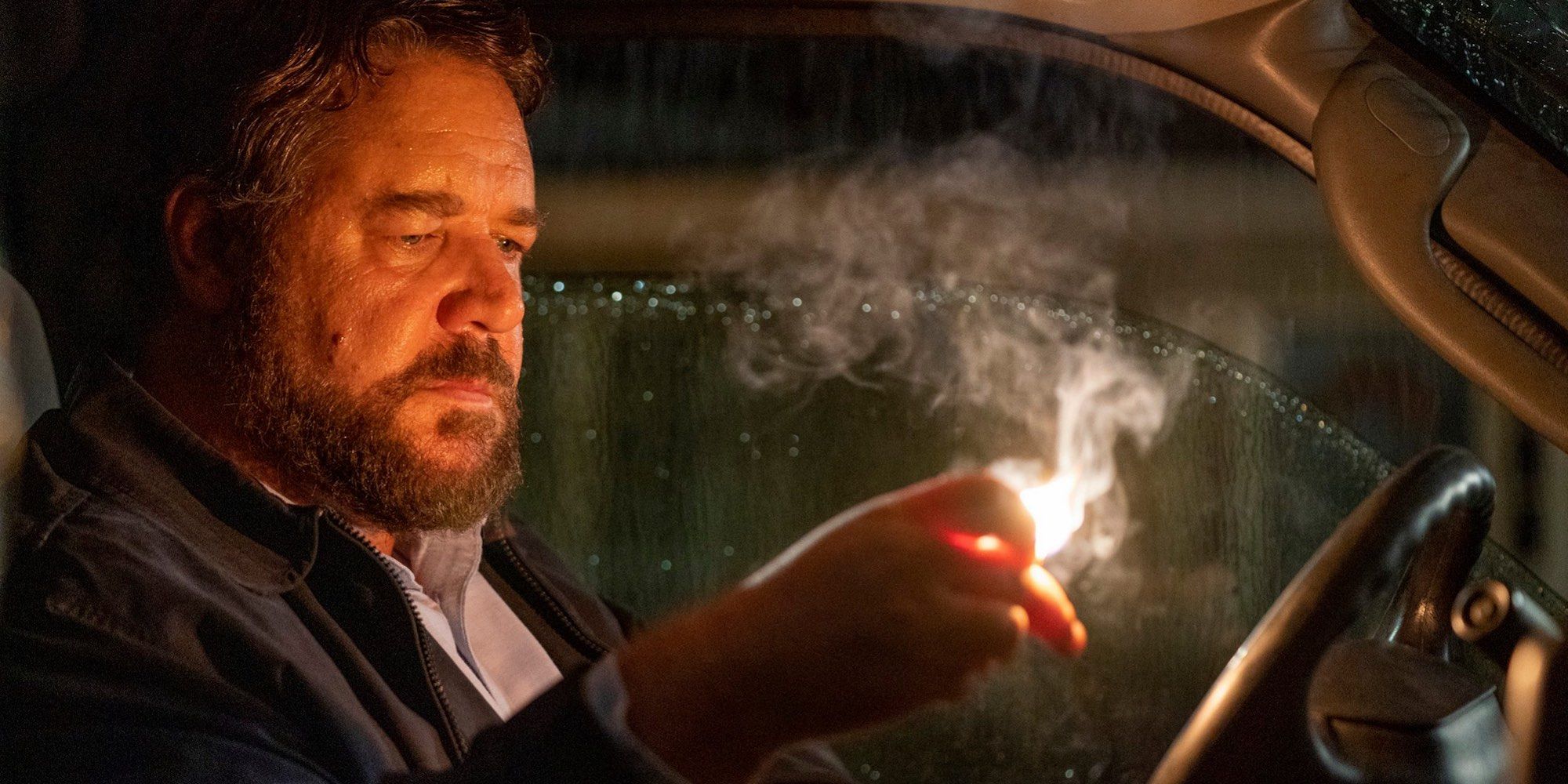 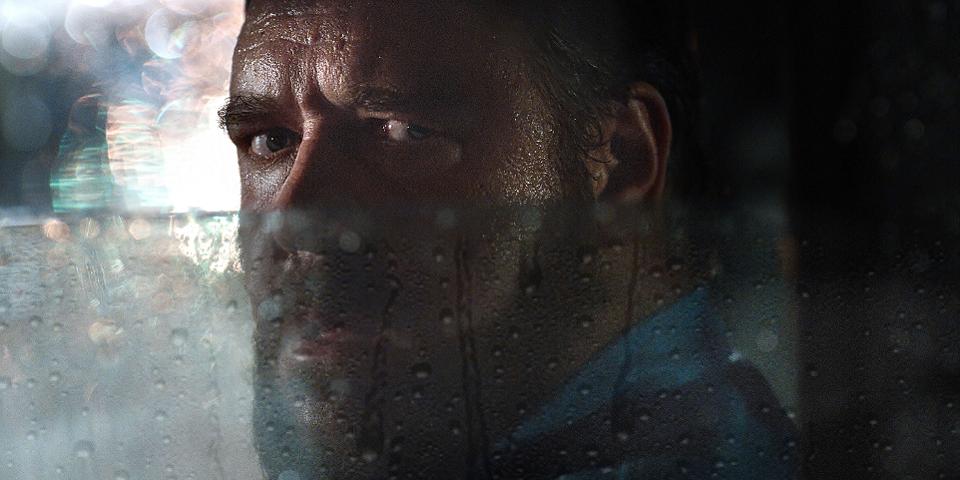 I remember watching that classic TV movie Duel with my mom in the early 70s. It was tense and exciting (a young Spielberg directed!), but the thing that most unnerved Mom was the fact that…SPOILER ALERT… you never find out why that truck driver was terrorizing a frazzled Dennis Weaver.

Unhinged offers no such ambiguity. Russell Crowe is just really pissed off.

Well, the unnamed driver Crowe plays is, anyway. The Man has lost his wife, and his job, and now he’s in traffic getting beeped at, passed and gestured to by a woman in a big hurry.

The Man catches up, rolls down the window and calmly explains civility to young Kyle in the back seat (Gabriel Bateman from Lights Out and the Child’s Play reboot) while asking Rachel in the front for an apology. She declines, so The Man vows to show Rachel (Slow West’s Caren Pistorius) what a bad day really is.

Things get nasty in a hurry. And though the script from Carl Ellsworth (Red Eye, Disturbia) often flirts with ridiculous, it offers more clever construction that you might expect. The premise certainly recalls Falling Down, but Ellsworth isn’t interested in darkly comic social commentary. This is an overt explosion of murderous male rage, one that also manages – almost as an afterthought – to deliver a blunt cautionary tale about smart phone addiction as effective as any we’ve seen on film.

Director Derrick Borte (The Joneses) keeps the pace moving nicely with tension and bursts of brutality, which is perfectly fine for a disposable thriller. What’s even better, he knows what the real point of all this is.

Russell on a rampage. That’s it.

You want some of that? Crowe and Unhinged deliver it, with all the when’s, why’s, and how’s right up in your face.

You know, so Mom won’t be left hanging.