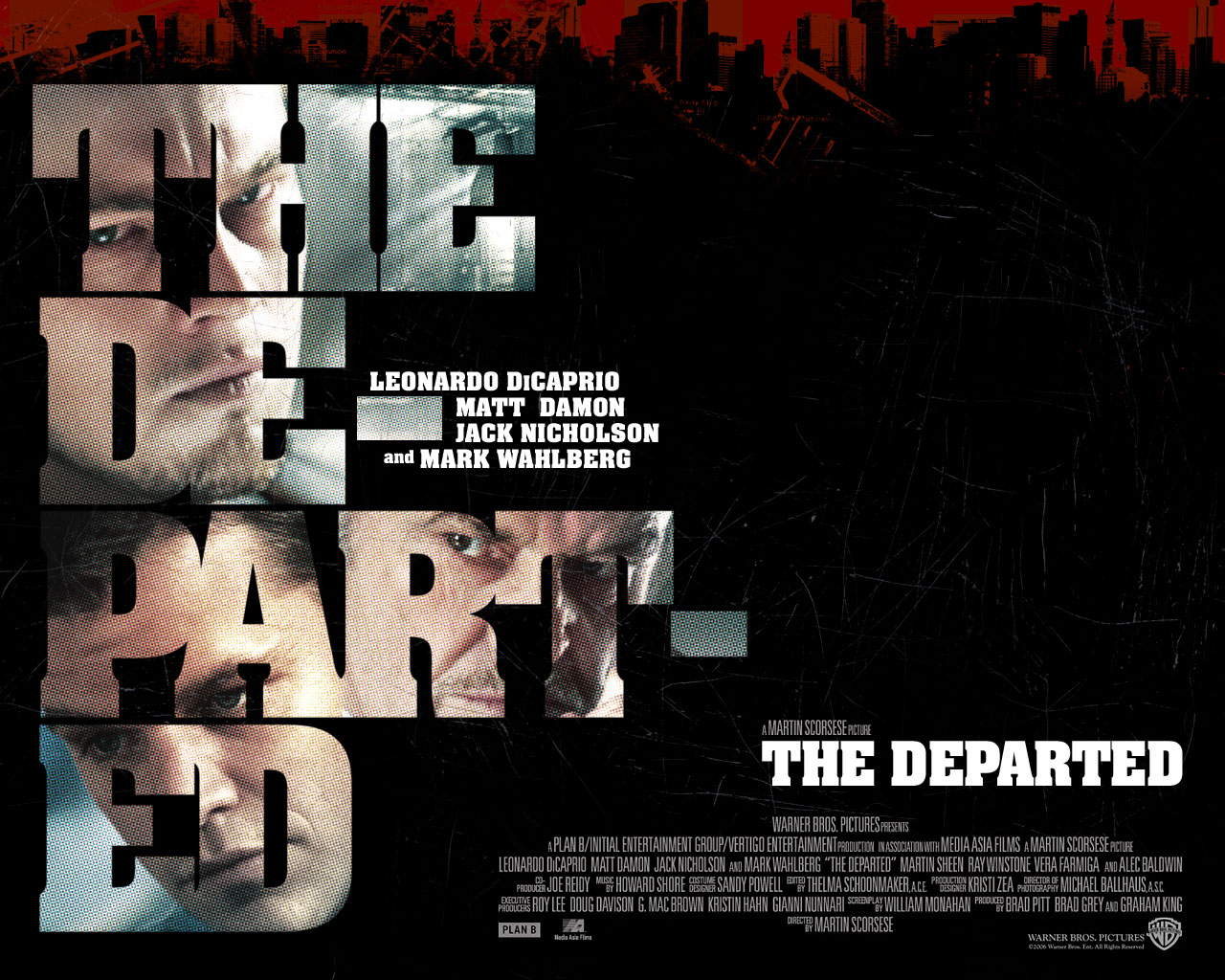 If there’s one thing movies have taught us, it’s to stay out of the woods. If there’s a second thing, it’s that only a knucklehead would screw with the fine folks of Boston. It didn’t work out that well for the British, or for most anyone else, as these films clarify. These citizens are a hardy sort, and our hats are off to them.

The Departed (2006): Scorsese and DiCaprio closed themselves up in a mental institution in Boston Harbor for 2010’s Shutter Island, but the insanity they unleashed back in 2006 resulted in their real Beantown masterpiece. Hometown boys Mark Wahlberg (never better) and Matt Damon mix with accent-appropriate DiCaprio and an unhinged Jack Nicholson to let Scorsese work out his Catholicism-and-bullets fixation in a new town with a new ethnicity. Dropkick Murphys tag along.

Gone Baby Gone (2007): For his own career redemption, once-laughingstock Ben Affleck returned to his hometown (and the town that inspired his first Oscar) for his first directorial effort. Shot on location and filled to brimming with local actors (OK, maybe we didn’t need 3 actors with a hairlip), Affleck’s flick makes Dorchester as much a morally ambiguous character as Patrick Kenzie (Casey Affleck), the hometown investigator looking for a missing girl. Amy Ryan astonishes – truly – as the girl’s mother.
http://www.youtube.com/watch?v=rb2-Ac2K3BQ

The Town (2010): Affleck returns home for his second effort behind the camera, this time to make Charlestown less of a tourist destination than it had already been. The best low-brow heist movie ever, The Town boasts excellent performances all around – even from Blake Lively. It serves up generations of bone-deep, hardened Towny criminals including Chris Cooper, still fighting the fight as a lifer, and Pete Postelthwaite creeping everybody out as kingpin/florist.

Mystic River (2003): Eastwood’s spin on a Dennis Lehane novel reignited Hollywood’s romance with Boston flicks. Three neighborhood buddies grow up and grow apart, each with his own connection to the criminal element that tainted their childhood and threatens to unravel their lives. Moody and dramatic, with a winding, melancholy mystery to puzzle out, the film nabbed two Oscars (Sean Penn, Tim Robbins) and racked up four more nominations.
http://www.youtube.com/watch?v=tjHLulVPB7w

The Friends of Eddie Coyle (1973): Most of these films involve a code, one of silence and violence that’s accepted and practiced because without it the business couldn’t go on. Eddie Coyle (Robert Mitchum) breaks that code because he’s facing a stretch in the joint he’d just as soon avoid. A never-better Mitchum upends snitch stereotypes, drawing our sympathy as he works through his dilemma. Slower paced and filmed with less panache than its Boston Mob counterparts, this film develops slowly and leaves you feeling more like you’ve been punched in the gut.
http://www.youtube.com/watch?v=_WtR-mi6VtU

Good Will Hunting (1997): Hello, Southie. Hometown boys Ben Affleck and Matt Damon started their Hollywood takeover by writing a story about two low rent kids upending MIT’s elitism, finding love, and breaking out of a history of poverty and violence. Well, Damon broke out, but Affleck got to deliver the best Boston character in any film ever.

The Boondock Saints (1999): Jesus, these brogues are terrible. Just awful. But writer/director Troy Duffy’s sordid story of the righteously violent McManus twins did find an audience. They’re out to clean up the Boston they love – or at least ensure that it’s the Irish, not the Russians, allowed to shoot up the neighborhood. Steeped in Catholicism, blood, pathos and, again, the worst imaginable accents, Boondock Saints is weirdly watchable. It helps that Willem Dafoe tags along as one bat shit insane FBI agent.

The Fighter (2010): Another Boston tale of redemption, fucked-up Irish families and low-rent hustling, David O. Russell’s brilliant The Fighter mines authenticity from this true life tale. Brilliant performances across the board owe their merit to actors who never judge or condescend. Oscar winner Melissa Leo shines as mother/manager for her boxer sons, and every scene she shares with her seven daughters – who hate son Mickey’s (Mark Wahlberg) girlfriend – is genius. But it’s Christian Bale’s epic performance as Mickey’s crackhead former boxer/older brother Dickey that seals this picture as among the best of 2010.