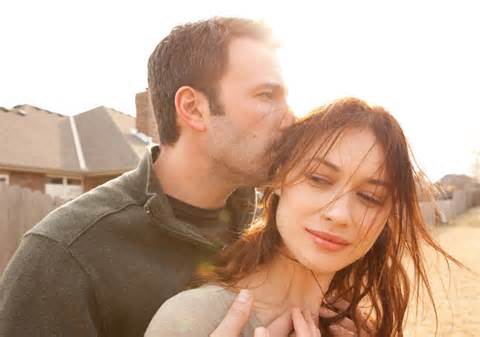 From 1973 to 1998, Terrence Malick created a grand total of three films. He must be slamming down the energy drinks, because it just the last eight years, he’s finished three, with three more currently in post-production.

The latest release is To the Wonder, a sort of companion piece to the brilliant and beautiful The Tree of Life from 2011. This time, Malick’s mind is on the mysteries of love, both physical and spiritual.

Those who were perplexed by the abstract nature of The Tree of Life will be even more challenged by To The Wonder. Unlike Tree, it does not have a tangible narrative at its core, existing mainly as a series of exquisite montages undercut with whispers of philosophical dialogue.

Of course, writer/director Malick does have a philosophy degree from Harvard, so he’s in his element.

The film’s abstract centerpeice is the relationship of Neil (Ben Affleck) and Marina (Olga Kurylenko). They meet while Neil is traveling in Marina’s native Ukraine, eventually settling (along with her 10 year old daughter) in his home state of Oklahoma.

When things get rocky, she finds emotional comfort through Father Quintana (Javier Bardem), a priest who has begun to question his own faith. As Neil and Marina pull farther from each other, Neil reconnects with Jane (Rachel McAdams), a girlfriend from years past.

Malick is often elusive, and it would be easy to dismiss To the Wonder as a beautifully filmed commercial for a dating service, as lovers playfully chase after one another,  romping in tall grass with adoration in their eyes.

Look deeper, and you’ll find a meditation on troubled souls struggling for spiritual fulfillment.  Affleck is rarely held in the frame and barely heard, suggesting his character may not represent flesh and blood at all, but rather a faith-based spirit with which the other characters are striving to bond.

Much like the love Malick is exploring, his film requires a certain amount of surrender. Though not the wondrous success The Tree of Life was, To the Wonder is worthy of a white flag. 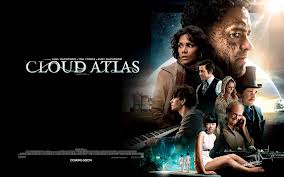 Out this week on DVD and Blu Ray is the surprisingly watchable Cloud Atlas – a challenging yet accessible sci-fi fantasy. Nesting six stories inside each other, Atlas connects human souls over generations, from a 19th Century shipwrecked notary to a clone awaiting execution in a dystopian future and onward. The large cast is anchored by solid performances from Tom Hanks, Halle Berry, Jim Broadbent and Jim Sturgess, all playing multiple roles as settings quickly move across time and space.

Viewed individually, some of the segments do struggle to keep silliness at bay, making the nearly three hour running time feel a bit bloated. As a whole, though, Cloud Atlas is ambitious, often visually stunning, and constantly fascinating.

For an even stronger existential dream across time and space, check out Terrence Malick’s glorious 2011 effort, The Tree of Life. As gorgeous a film as you’ll find, Malick’s rumination on innocence lost boasts magnificent performances from Brad Pitt and Jessica Chastain. It’s a masterpiece of a film, as big an effort as anything Malick or any other director has tackled. Talk about ambitious!