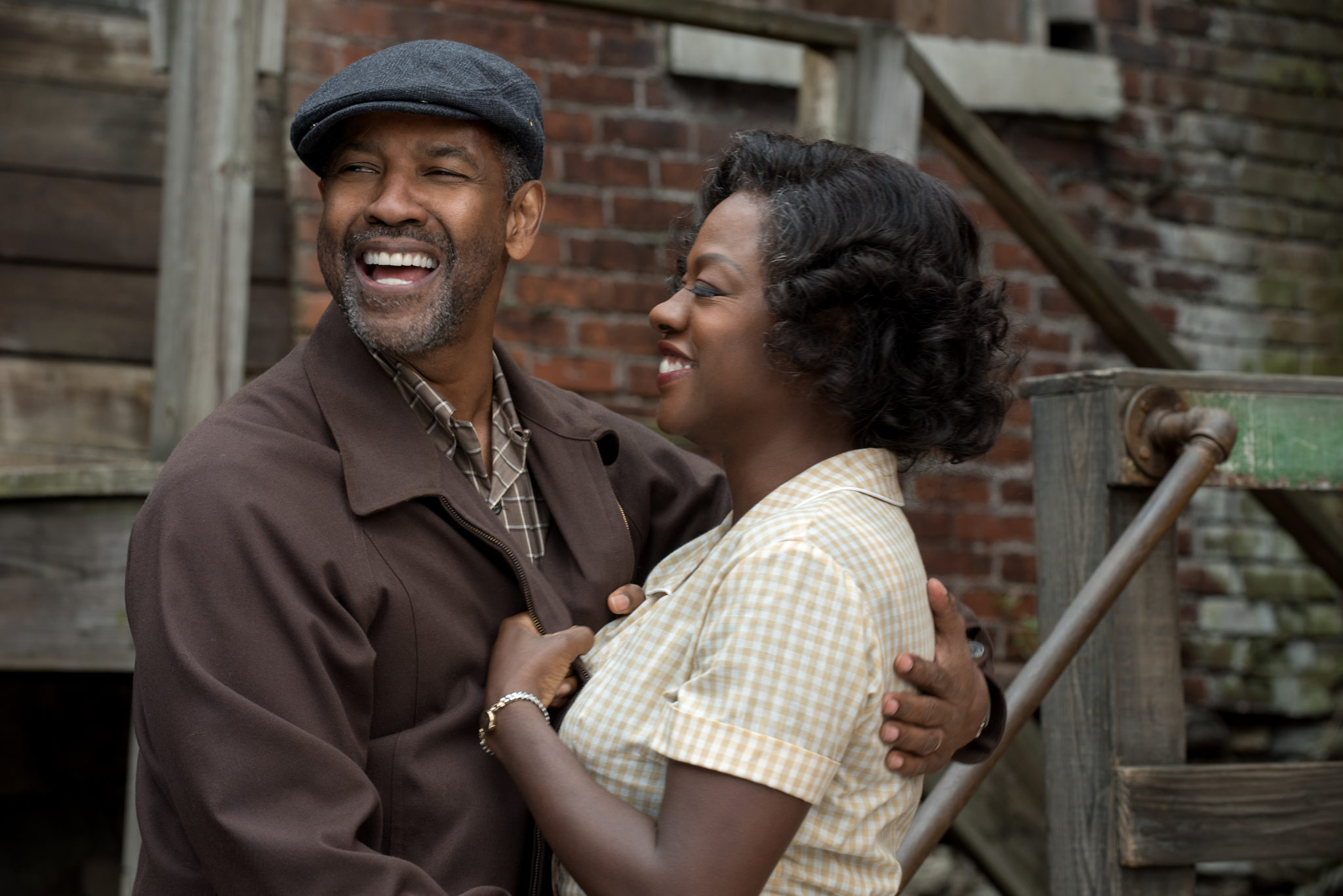 Denzel Washington is an Oscar contender in about one of every three films he makes – Fences is clearly one of those special performances.

As a director, he’s chosen to focus on the African American experience – August Wilson’s Pulitzer and Tony-winning stage play being the strongest effort yet.

Troy Maxson – a 1950s garbage man with a lot to say – is a character that feels custom-made for Washington. Larger than life, full of conflict and bullshit, bravado and stubbornness, Troy is a big presence. He fills up the screen, he fills up a room, but it is Viola Davis as his wife Rose who offers an emotional and gravitational center to the story.

It doesn’t take much effort to pitch Viola Davis a ball she can hit out of the park. Denzel does just that.

As Rose – the force that keeps the family functioning smoothly – Davis quietly astonishes. She delivers every scene – from silly reminiscences to life-altering decisions – with the easy grace of a profound talent.

Together she and Washington boast such chemistry, their glances, smiles and gestures articulating a well-worn, bone-deep love. Their time together on screen – which is a great chunk of the film – is an opportunity to watch two masters riff of each other for the benefit of character and audience alike. The result is in turns heart-warming and devastating.

The two leads benefit from the remarkable support of the ensemble – longtime character actor Stephen Henderson and Russell Hornsby, in particular.

True to the source material, Washington’s direction feels very stage-bound and theatrical. But in most respects, Washington’s delivery – faithful as it is to the idea of the stage from which it leapt – retains what is needed about the sense of confinement allowed by the few sets and locations.

This is a respectful and powerful tribute to the late Wilson, the playwright whose on-stage Fences saw its 2010 revival starring both Washington and Davis. There is no doubting this play’s bonafides, and Washington honors its intimacy and universal themes.