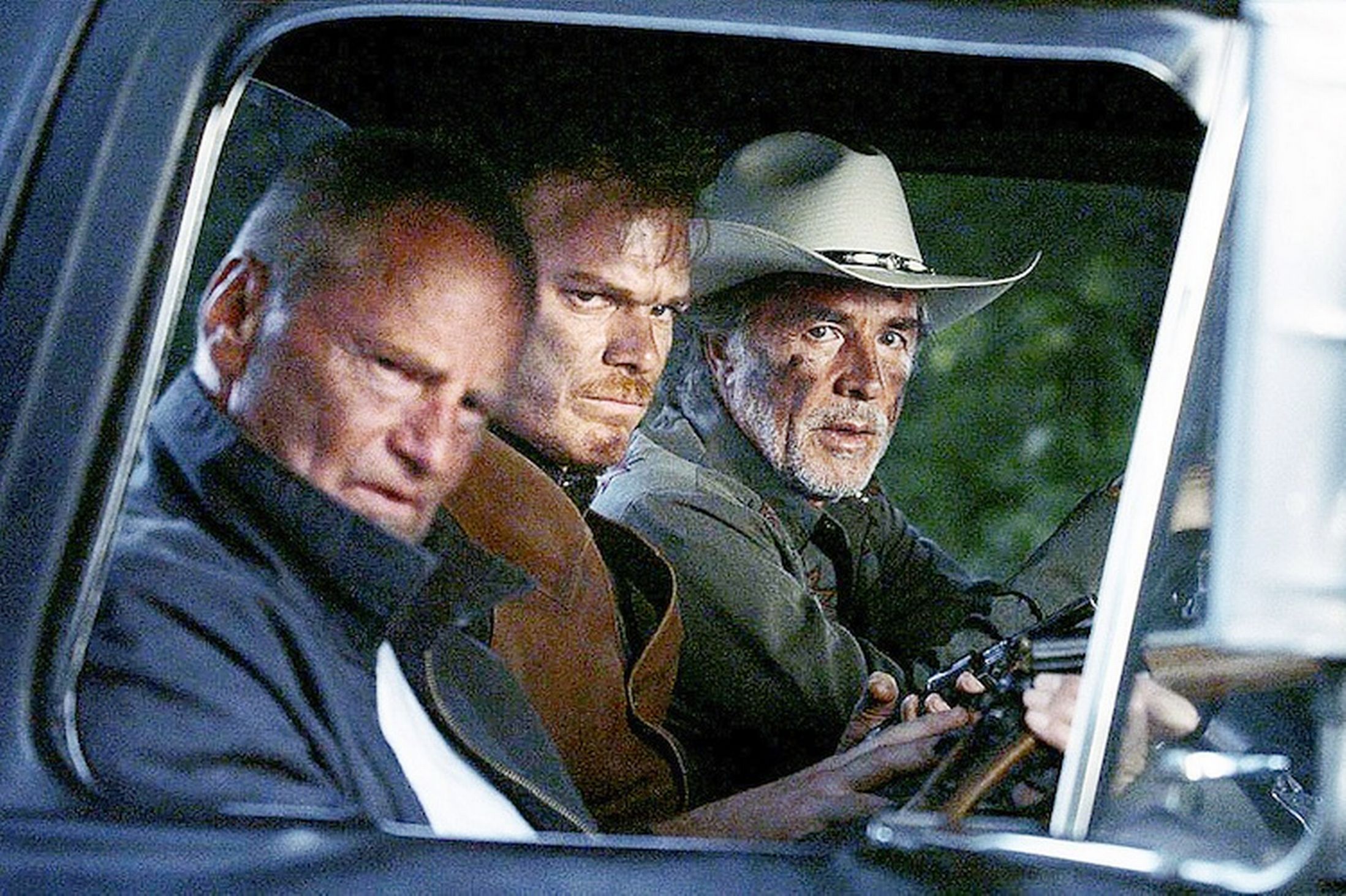 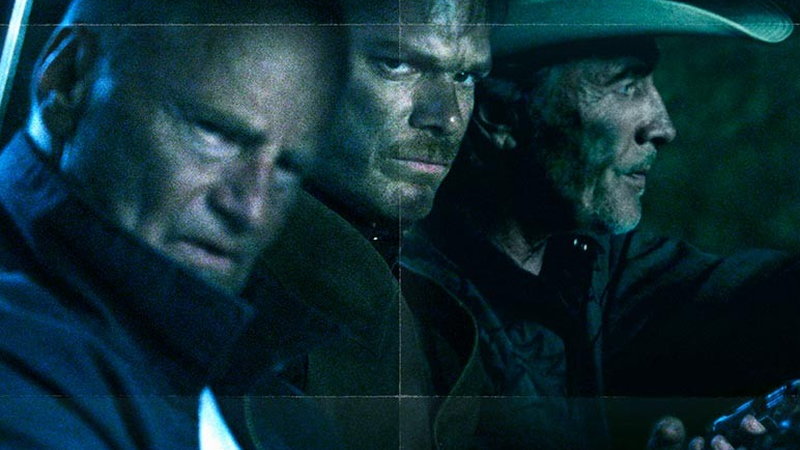 Pulpy, seedy and hot with hidden dangers, Cold in July is that uniquely Southern crime drama that moseys at its own pace as it unveils its lurid details.

Michael C. Hall turns in his Dexter lab coat  in favor of a mullet and short-sleeved button down as Richard Dane, the Texan family man who startles a burglar and accidentally puts a bullet in his head.

Thus begins our investigation of Texan ideas of manhood.

Hailed a local hero, Dane is troubled by his own actions, but even more troubled when the dead boy’s ex-con father (a delightfully salty Sam Shepard) shows up looking for revenge.

Nothing’s as it seems in this twisty yarn that weaves through corruption, deception and the elusive honor in masculinity.

Here and in several other recent turns, Hall has proven a cagey character actor able to slip on the skin of wildly different characters and find an authentic human heartbeat. Shepard, a seasoned pro, also performs admirably, but both are routinely outshone by the sheer joyous swagger Don Johnson brings to his role as a flamboyant  Texas P.I.

With Johnson comes some much needed wry humor. His character’s entrance also alters the trajectory of the story, and while the film benefits from the change of course, it also never fully resolves the questions brought up during its first act.

The duo have honed a storytelling style that never ceases to compel, with previous efforts (Stake Land and We Are What We Are, in particular) worth seeking out. This effort takes too long to find its path and its pace, feeling in the end like two separate films sewn together. Questionable character motives don’t help matters. But, together with a gripping trio of performances, the filmmakers have crafted a potent, unwholesome little thriller.