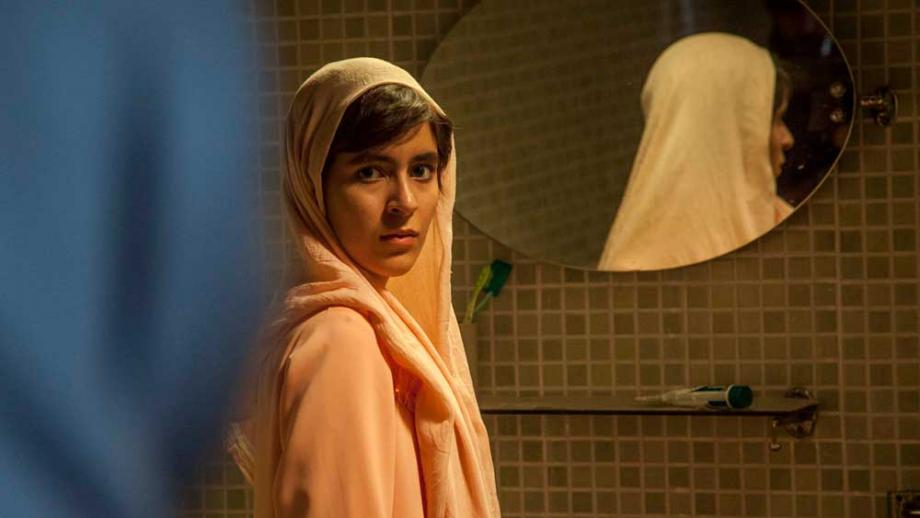 A single act of teenage rebellion is the catalyst for a family’s destruction in director Sadaf Foroughi’s feature debut, Ava.

It’s a harmless action that tears apart the family’s fragile peace – Ava (Mahour Jabbari) tells her parents she’ll be studying at her friend, Melody’s, house only to sneak out to meet a boy and win a bet with a few of her classmates. Trying to prove she’s won, she’s late to meet her mother. Because of this, Ava’s mother, Bahar (Bahar Noohian), begins a campaign to weed out any element she deems unsavory from her daughter’s life.

It’s a hard world for a teenage girl. Gossip runs rampant, and it’s not just fellow teenagers spreading rumors, but teachers and parents, too. One mistake can ruin a young woman’s reputation and determine the course of her life. It’s not surprising that Bahar treats her daughter’s single offense with such vehemence. However, when Ava discovers a buried family secret, her rebellion takes on greater significance.

As Ava, Mahour Jabbari is sympathetic and compelling. Her desire for independence is understandable, but her actions are careless. Few of the women in her life show any compassion toward her choices. Only her father (Vahid Aghapoor) stands by her as someone who believes what she says and supports her decisions. However, his support puts him at odds with Bahar, who knows better than her husband how deeply a single mistake can affect a woman’s life.

Both Aghapoor and Noohian are stellar. Each character is confused by their daughter’s choices and her attitude, but how they handle the situation elevates the tension. They turn on each other; a once happy couple becomes another source of stress in Ava’s life.

Unfortunately, some of Foroughi’s stylistic choices are more distracting than beneficial. Blurry images dominate the frame, while the focal point is relegated to a small image in the corner. Arguing characters will be shown from the neck down, their heads cut off at the top of the screen. The commentary Foroughi hopes to achieve, unfortunately, doesn’t really come across.

Ultimately, though, the filmmaker has crafted a compelling, thoughtful portrait of a family in crisis.