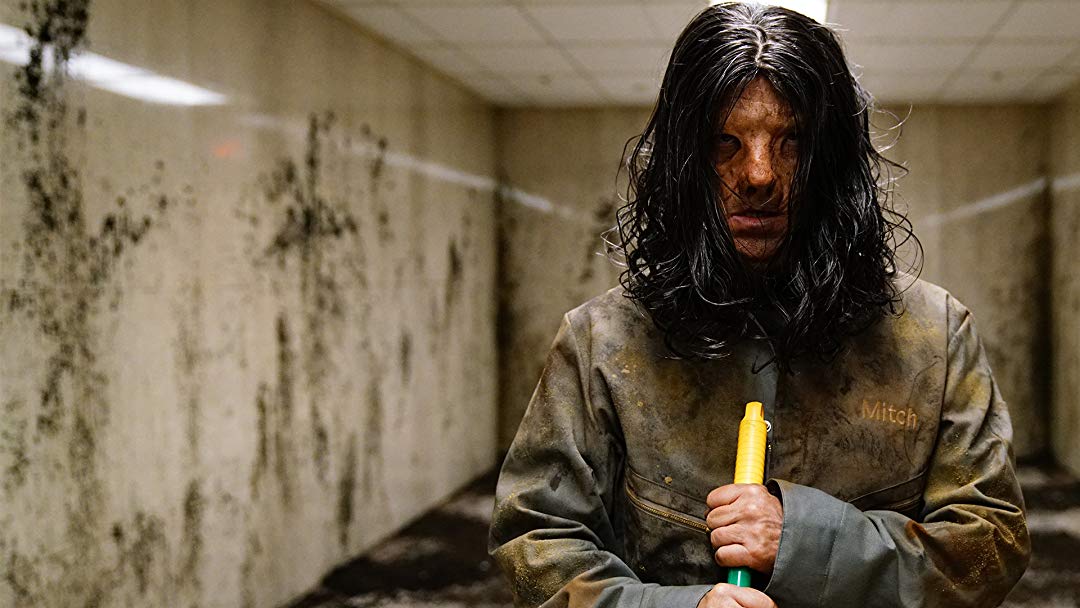 There are some great films that spare you the exposition, dropping you instead into the center of the action and leaving you there, breathless, until the final credits. Ben Wheatley’s Free Fire, for instance, exists in this Act 2-only universe.

When it’s done well, it can be a breathless, sometimes blistering ride.

Unfortunately, Downrange doesn’t do it well.

Director Ryûhei Kitamura (Midnight Meat Train) strands you with six motorists—just good looking kids ride-sharing their way with strangers across a deserted highway toward whatever.

One blown tire brings the carpool to a screeching halt, but it isn’t a stray pothole to blame (they’re obviously not driving through Columbus right now). No, it’s a well-aimed bullet, and these travelers have unwittingly volunteered to become target practice for some lone gunman (don’t call him a terrorist!) hiding in the tree line.

It’s not a bad set up, really, if a little clichéd and convenient: out of the way (read: no cell reception), car full of strangers (read: character development will unfold by way of action), escalating tension and drama.

How does the roadkill stew Kitamura makes from these ingredients wind up so bland? Once he puts these ducks on this pond, he can’t find anything imaginative to do with them.

The story is thin, yes—it’s a scene, really, stretched for 90 minutes. But it can be done. Greg McLean did it in 2007 with a raft full of tourists and a big gator in Rogue, but he had Radha Mitchell, Stephen Curry, John Jarratt and Mia Wasikowska—actors whose names you may not know but whose talent you would recognize. Downrange doesn’t have that.

To be fair, the cast struggles with more than just limited ability. They quickly lose the opportunity to feel authentic under an abundance of heavy breathing, high tension close-ups as each ducks and contorts to avoid the spray of bullets and body fluids.

The film isn’t terrible, it’s just tedious. Its nihilism feels undeserved, more like a lack of imagination than a cynical choice. A situation both so precise and so familiar requires some surprise—either in style or in narrative decision—to compel attention. Kitamura can muster neither.