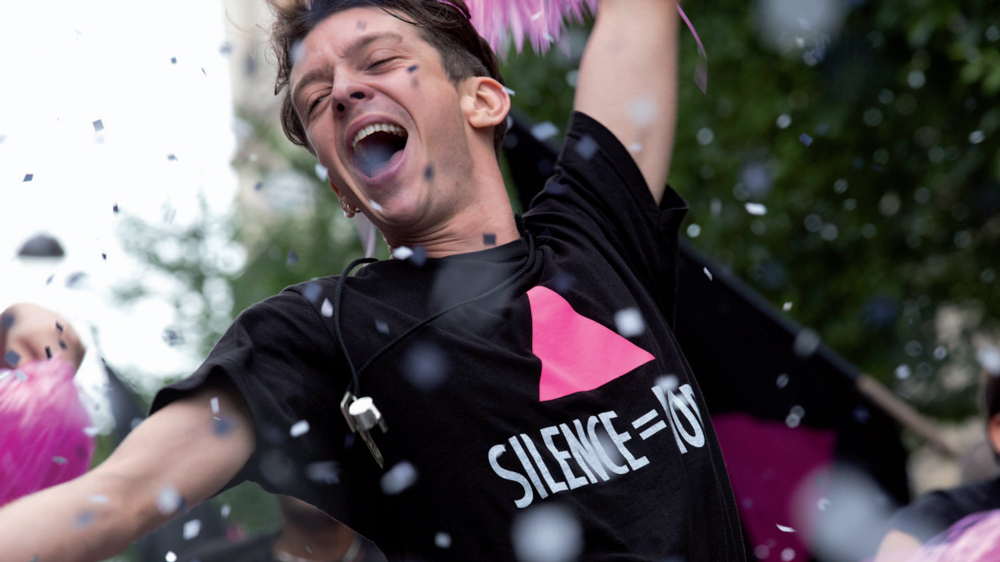 Transitioning slowly from a sweeping, outrage-fueled political drama to a hushed and intimate personal study, BPM becomes a deeply emotional portrait of hope and love.

It is France in the early 1990s, when Act Up/Paris is becoming increasingly confrontational in their protests, demanding an official AIDS prevention policy from the state, and an end to the indifference of the population.

Early on, director/co-writer Robin Campillo (Eastern Boys) skillfully uses Act Up’s regular meetings to bring us up to speed on procedures and strategies. Through the group’s infighting and organized protests, the film speaks to the often fragile power of activism, especially when some of the activists are dying.

The confusion caused by the AIDS epidemic is heavy in the air, and Campillo effectively pairs it with the desperation of those most personally effected, eventually settling on two in particular.

Sean (Nahuel Perez Biscayart) is HIV-positive and a veteran Act Up member, full of a passion that draws in the shy newcomer Nathan (Arnaud Valois). As the two draw closer, Campillo narrows his focus to the touching, slice-of-life glimpses that lie at the very heart of the cause.

BPM builds an earnest base through faithfully re-creating an era while reinforcing that era’s continued relevance to the present. But the film reveals its purpose through the smaller moments that inspire, reminding us of the courage needed to take a stand, and just what’s at stake if we don’t.