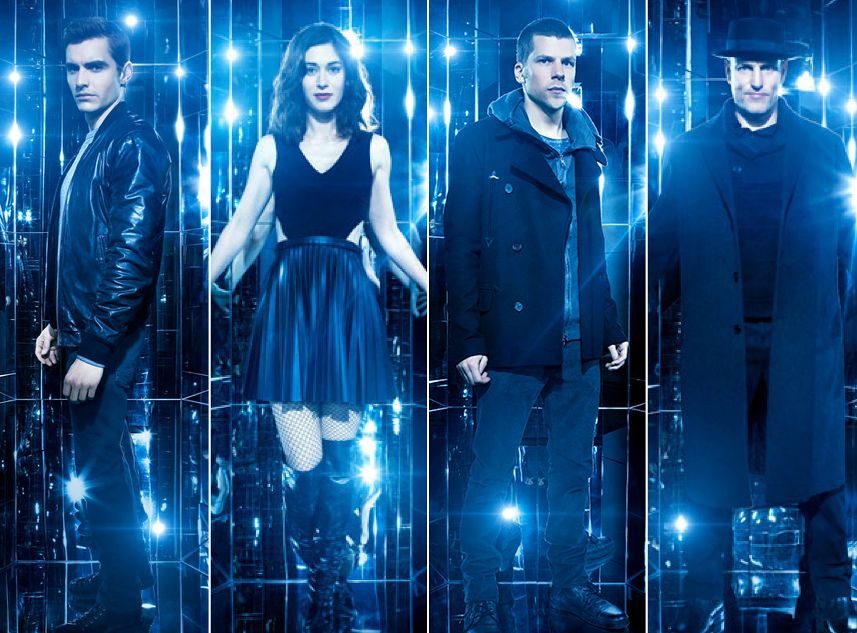 Now You See Me 2 tells us “the best tricks work on many levels,” while the film itself works best when it digs no deeper than embracing the fun of its own ridiculousness.

And it is plenty ridiculous.

Part one struggled not only because magic tricks seem less amazing in a medium already built on visual amazement, but because it just took itself way too seriously. New director John M. Chu, a veteran of such strong social commentary as Jem and the Holograms and Justin Beiber’s Believe, abandons all pretense for a glitzy, Oceans 11-style caper full of cons, wisecracks, and one strange Matthew McConaughey impersonation.

Since we left the Four Horsemen, Henley (Isla Fisher) has been replaced by Lula (Lizzy Caplan), who openly lusts for Jack (Dave Franco) while Merritt (Woody Harrelson) and Atlas (Jesse Eisenberg) wonder when Dylan (Mark Ruffalo), the ringleader working both sides as an FBI agent, will give them another assignment.

They eventually get one, but it comes from billionaire tycoon Walter Mabry (Daniel Radcliffe), who wants the Horsemen to rectify the financial pain their last gig caused him by stealing an incredibly powerful new piece of computer technology. It all gets much more convoluted, weaving in returns for both Michael Caine and Morgan Freeman, and serving up the coup de grace of Harrelson, in an “old man pubes” wig and fake teeth, going full McConaughey to play his own twin brother.

By that point, you’re not far from the unhinged universe where John Travolta and Nicholas Cage exchange faces, so none of the preposterous plot turns in Ed Solomon’s script should be taken too seriously.

Enjoy the flash and likable cast, stop wondering why the title isn’t “Now You Don’t,” and give in to the moments of over-the-top fun that Now You See Me 2 brings center stage.

Just don’t expect anything of substance behind the curtain.