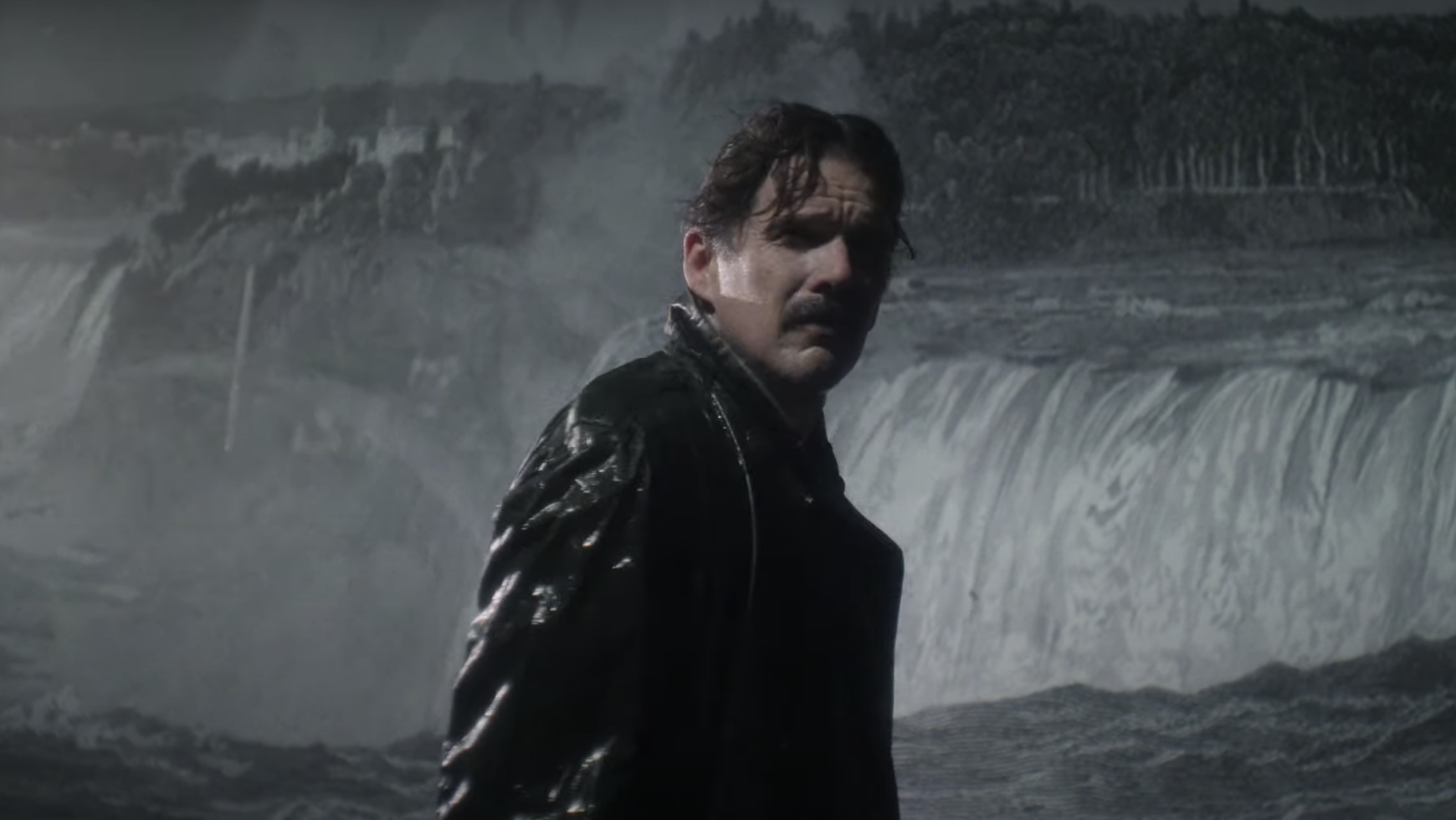 Nikola Tesla is having a moment. Hot on the heels of 2019’s The Current War comes Tesla, another take on the inventor from writer and director Michael Almereyda. And while both treatments are anchored around Tesla’s rivalry with Thomas Edison over electrifying the country, Tesla is so far apart in style and tone that the subject could be a completely different person.

Almereyda has already shown that he can handle big sci-fi themes on a small budget. His adaptation of Marjorie Prime was moving and challenging. Tesla also has the rhythm of a stage play, one where characters and dialogue take precedence over strict history.

This is still a biopic though. The story begins as Tesla (Ethan Hawke) splits from Thomas Edison (Kyle MacLachlan), and follows through his partnership with George Westinghouse (Jim Gaffigan) and his ultimate victory in the war of the currents.

But as Tesla’s personal and professional lives unravel, Almereyda takes his film off the rails as well. From historical counterfactuals and modern-day interruptions to an arresting musical number, Tesla the movie surrenders all control over its title character—and does so gleefully. These big swings don’t always connect, but the attempts are always compelling.

In Almereyda’s version, Tesla is a cipher. Hawke trades in his usual charm for a portrayal that blends tortured genius and mad scientist, and despite his quiet demeanor he fills every scene with an intensely heavy presence.

It’s up to the supporting cast, especially MacLachlan’s flighty yet imperious Edison, to draw out whatever they can from the inscrutable Tesla. It’s an unusual effect for a biopic, but it works. Tesla is the rare adaptation that seems determined to obscure its subject rather than illuminate him.

This Tesla is a man not so much ahead of his time but completely outside of it. Almereyda suggests that the enduring appeal of Tesla can’t be neatly captured in the war of the currents against Edison. There’s Tesla the pioneering genius who lit up the Chicago World’s Fair, and there’s Tesla who died penniless in a hotel room dreaming of death rays. And somewhere in between, there’s a man who raises the curiosity of everyone he meets.

But in this telling, the closest we can come to unsolvable mysteries are a reflection here, a spark there. This Tesla is a brief light guiding us toward some greater understanding, one that vanishes just as quickly.