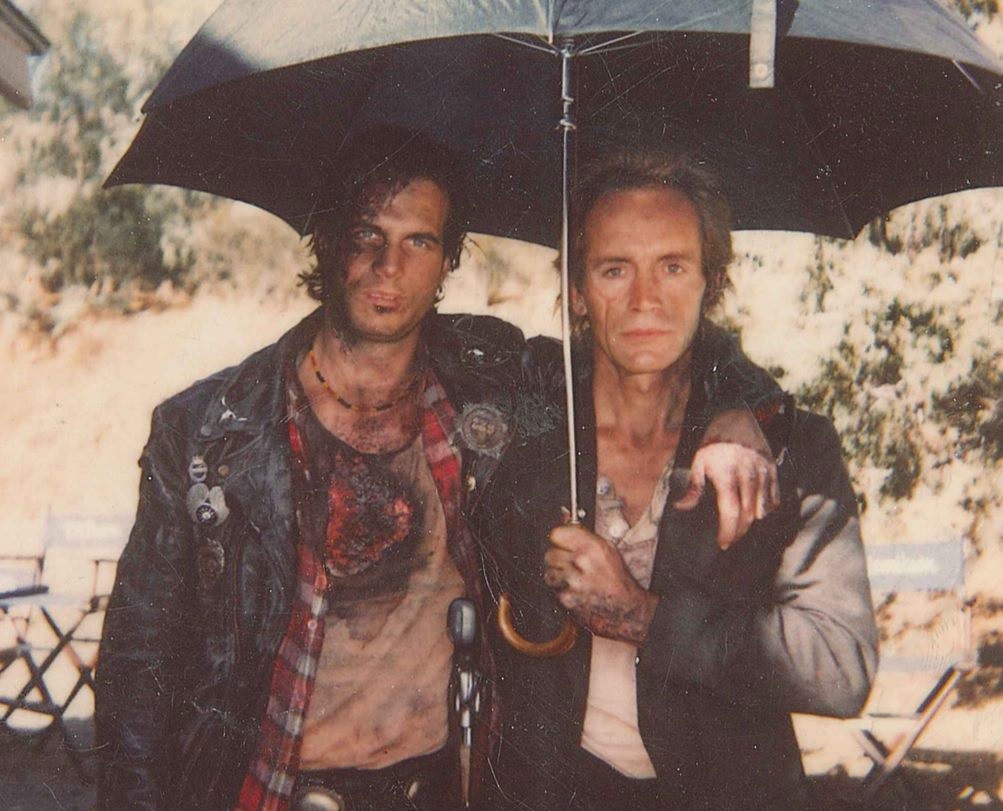 Film lost one of the great character actors earlier this year. Bill Paxton – forever reliable, always memorable, often quotable – died in February at the age of 61.

Gone far, far too soon, he’s the horror icon-of-sorts we pay tribute to today. The man made a lot of films, many of them horror: The Colony, Impulse, Future Shock, Club Dread, Deadly Lessons, Mortuary. Sure, these are bad movies, but that doesn’t mean they aren’t enjoyable.

We want to spend most of our time with the horror films that are really worth seeing. Three of them are even quite good!

You know who else does? Billy’s on-the-court nemesis Eddie (Paxton).

This is very definitely a low budget, early Eighties horror flick. Don’t get your hopes up. But it is such a peculiar movie. Susan Tyrrell is fascinatingly unhinged and so, so creepy that you cannot look away, and if you’re up for one hot mess of a movie, this is an especially absorbing time waster.

What?! Bill Paxton AND Bill Pullman – is this some kind of lottery jackpot?

No, the two Bills co-starred as a good guy doctor and a sleazy corporate monster. Guess who plays which.

Paxton – working the gap-toothed smirk – needs his old pal Rex (Pullman) to use his skills as a brain surgeon to extract some info from an old colleague, played by Bud Cort. (Bud Cort?! This cast is like a precious gift.)

The film becomes one of those “descent into madness” horrors where the character isn’t sure whether he’s the doctor or the madman. The writing is weak and the direction laughable, but there truly is something going on her. Who knows why Pullman, Paxton or Cort all agreed to this gig. By 1990, all three of them could have done better. But they did this, God bless ‘em, and it is weirdly worth a viewing.

Back in ’87, future Oscar winner Kathryn Bigelow brought a new take on a familiar theme to the screen. A mixture of vampire and western tropes, Near Dark succeeds mostly on the charisma of the cast.

The always welcome Lance Henricksen is campy fun as the badass leader of a vampire family, while the beguiling Mae (Jenny Wright) – nomadic white trash vampire beauty – draws you in with a performance that’s vulnerable and slightly menacing.

Director Paxton stars as a widowed country dad awakened one night with an epiphany. He understands now that he and his sons have been called by God to kill demons.

Frailty manages to subvert every horror film expectation by playing right into them.

Stop your grinnin’ and drop your linen.

Of all Paxton’s unforgettable roles, his Private Hudson has to be the favorite. Better than Weird Science’s Chet, that talking pile of shit, better than the skeevy Simon from True Lies, better even than the punk who’s stripped naked by Arnold Schwarzenegger in Terminator.

He’s the guy we will miss. 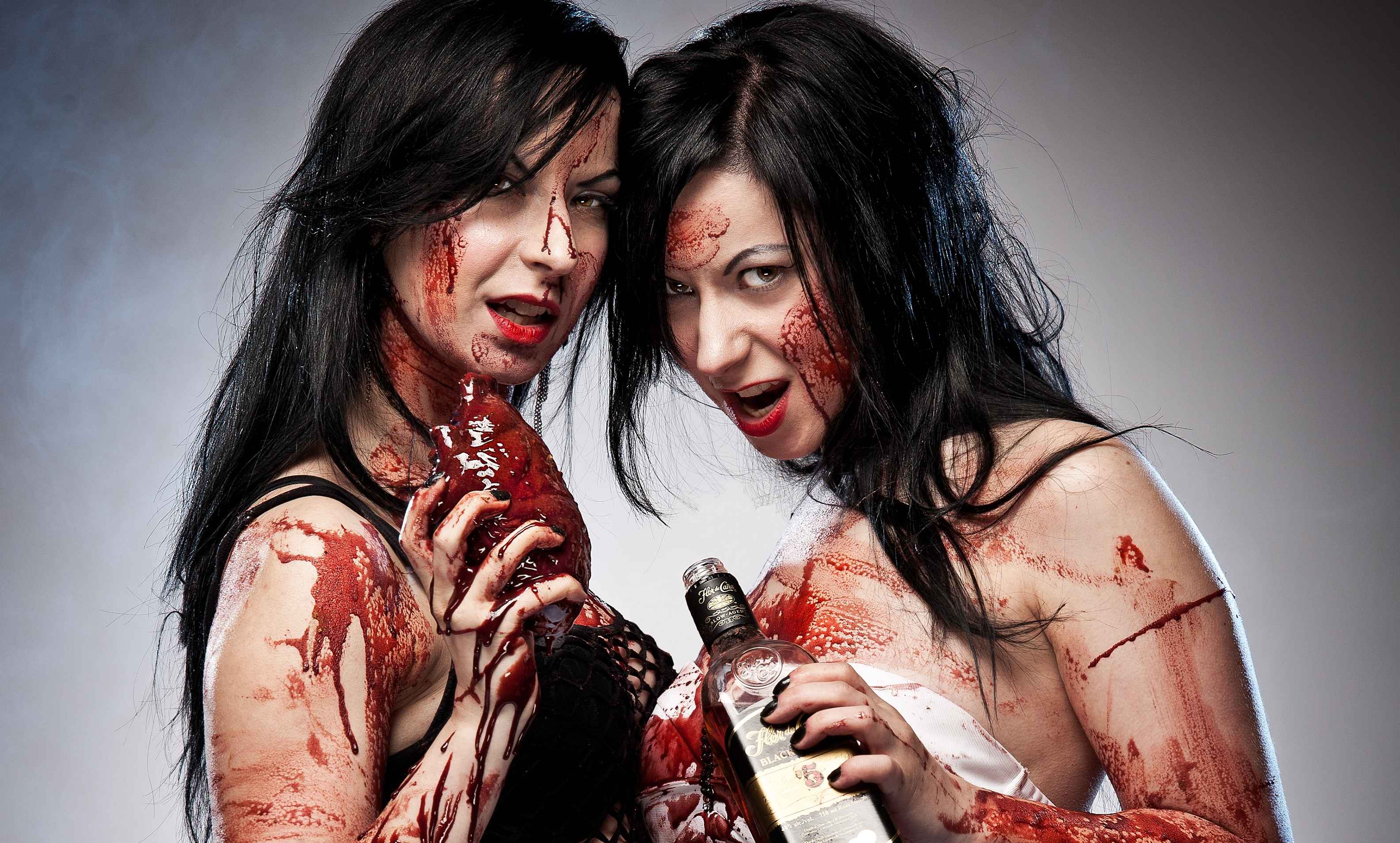 Sunday, March 8 was International Women’s Day. We thought we’d celebrate by perusing the very best horror directed by women. It’s a much stronger list than many people realize and it includes two of the finest genre works of last year.

Back in ’87, future Oscar winner Kathryn Bigelow brought a new take on a familiar theme to the screen. A mixture of vampire and western tropes, Near Dark succeeds mostly on the charisma of the cast. The always welcome Lance Henricksen is campy fun as the badass leader of a vampire family, while the beguiling Mae (Jenny Wright) – nomadic white trash vampire beauty – draws you in with a performance that’s vulnerable and slightly menacing.

A masterful Katharine Isabelle (Ginger Snaps) stars as med student Mary Mason, a bright and eerily dedicated future surgeon who’s having some trouble paying the bills. She falls in with an unusual crowd, develops some skills, and becomes a person you want to keep on your good side.

Writer/director/twins Jen and Sylvia Soska offer a screenplay that is as savvy as they come, clean and unpretentious but informed by gender politics and changing paradigms. Were it not for all those amputations and mutilations, this wouldn’t be a horror film at all. It’s a bit like a noir turned inside out, where we share the point of view of the raven haired dame who’s nothin’ but trouble. It’s a unique and refreshing approach that pays off.

Writer/director Ana Lily Amirpour has made the world’s first Iranian vampire movie, and though she borrows liberally and lovingly from a wide array of inspirations, the film she’s crafted is undeniably, peculiarly her own. The film is simply, hauntingly gorgeous.

Set in Bad Town, a city depleted of life – tidy yet nearly vacant – Girl haunts the shadowy, lonesome fringes of civilization. The time is spent with singular individuals – a prostitute (a world-wearied and magnificent Mozhan Marno), a drug addicted father (Marshall Manesh), a street urchin (Milad Eghbali), a pimp (Dominic Rains), and a rich girl (Rome Shadanloo). Two people weave in among these players – the handsome Arash (Arash Marandi), and a lonesome vampire (Sheila Vand).

Vand’s Girl is the constant question mark, and that – along with the eerie, sometimes playful camerawork – is what makes the film unshakably memorable. I promise the image of a vampire on a skateboard will stay with you.

Like a fairy tale or nursery rhyme, simplicity and a child’s logic can be all you need for terror. Writer/director Jennifer Kent’s film is expertly written and beautifully acted, boasting unnerving performances from not only a stellar lead in Essie Davis, but also the alarmingly spot-on young Noah Wiseman.

There’s an elegant exaggeration to the satire afoot. Bateman is a slick, sleek Wall Street toady, pompous one minute because of his smart business cards and quick entrance into posh NYC eateries, cowed the next when a colleague whips out better cards and shorter wait times. The more glamour and flash on the outside, the more pronounced the abyss on the inside. What else can he do but turn to bloody, merciless slaughter? It’s a cry for help, really.

Harron’s send up of the soulless Reagan era is breathtakingly handled, from the set decoration to the soundtrack, but the film works as well it does because of the lunatic genius of Bale’s work. Volatile, soulless, misogynistic and insane and yet somehow empathetic. It is wild, brilliant work that marked a talent preparing for big things.