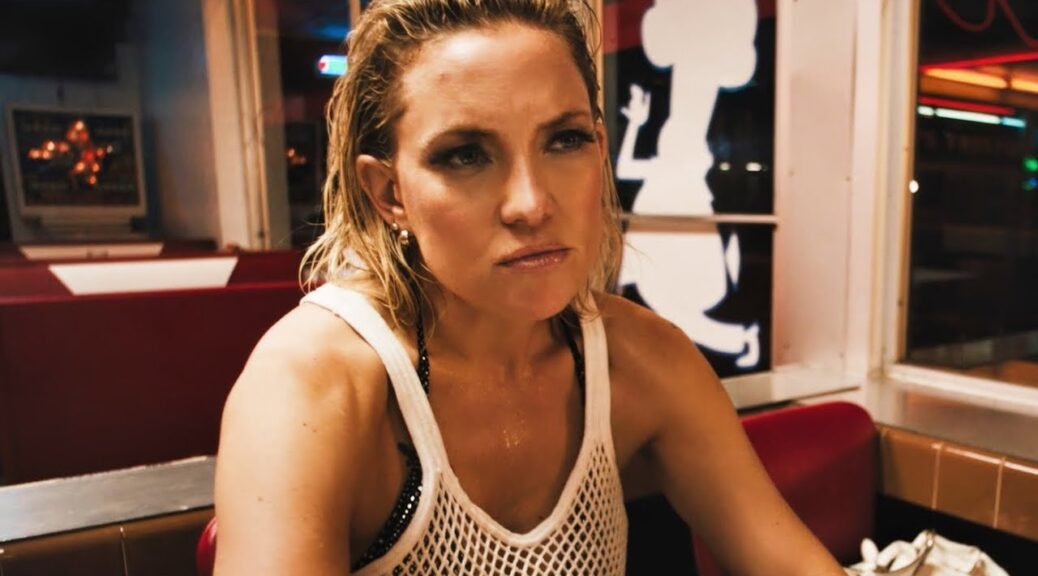 Mona Lisa and the Blood Moon

In 2014, filmmaker Ana Lily Amirpour made her magnificence known with the lonesome, hip, bloody black and white treasure A Girl Walks Home Alone at Night. She followed that up in 2016 with the heady dystopian nightmare The Bad Batch.

Both films busy themselves with the survival and camaraderie of outcasts. They have this in common with Amirpour’s latest, Mona Lisa and the Blood Moon.

On the surface, it may appear that the vampire fable, post-apocalyptic yarn and Big Easy thriller lack any other unifying thread. Untrue. Each is about a singular female making surprising choices across an imaginative – if sometimes bloody – adventure.

Though eventually awash in NOLA neon, Blood Moon’s opening glides hypnotically through bayou waters, the night sky reflected so perfectly in the water you can’t tell up from down.

Jeon Jong-seo (Burning) is Mona Lisa Lee. For at least a decade she’s been nonresponsive in a facility for adolescents. (Is that so? Why the straight jacket, then?) But on this very night, as the moon rises red and round over the bayou, Mona taps into a strange power and the first of many flavors emerge in this strange gumbo. It appears we’ve stumbled into the origin story of some superhero – or super villain?

Whichever, don’t get too comfortable because soon enough Amirpour’s aesthetic weaves together influences and notions from a broad and colorful menu. The next thing you know, you’re witnessing a side of Kate Hudson you wish more filmmakers had unveiled.

Mona stumbles upon the Bourbon Street stripper in a late-night hamburger joint. One quick look at Mona’s talent and Bonnie Belle has dollar signs in her eyes. It’s a performance so brash and human that it grounds an otherwise fantasy tale in the stinky glitter of New Orleans.

A welcome Craig Robinson gives the film the feel of a noir-ish mystery, while the delightful Ed Skrein steals scenes and hearts as dealer/dj Fuzz.

Once Mona befriends Bonnie’s latchkey son (Evan Whitten), sentimentality becomes a worry. No need! Amirpour offsets every sweet moment with a surprise of brutality, every bloodletting with a bit of tenderness, all of it bathed in neon and EDM. It’s a dizzying mix, but that makes three for three for this filmmaker.