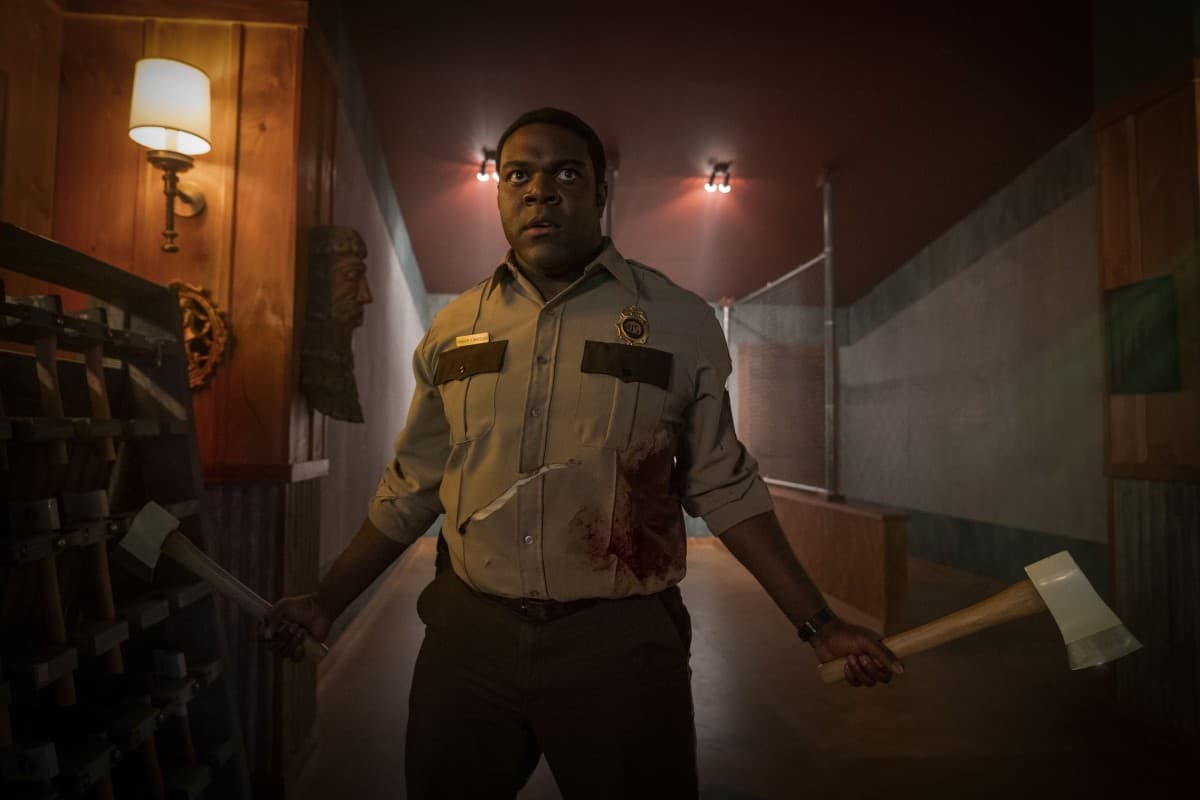 I have seen a lot of horror movies. A lot. You have no idea. Do you know what I have never seen before? A horror movie that opens with a quote from Fred Rogers.

Mr. Rogers is a hero of sorts for Finn (Sam Richardson), new park ranger for a very small, isolated, snowy mountain town. The townsfolk are divided on a deal to run a pipeline through their little hamlet. But they will have to work together despite their differences when it appears that a werewolf has begun to prey on their town.

Because if left and right cannot work together in the face of a common oppressor, the oppressor will win. It doesn’t matter what that is: fascists, greedy capitalists, werewolves. Still, it can be tough to get the two sides to come together, even for their own good, so Finn channels his hero and does what he can to inspire the townspeople to look out for each other. He just wants them to become good neighbors.

Horror has its share of nice guys, but these are almost invariably tragic victims, either the first to go because they don’t have the inner meanness to overcome villainy, or eventual victims because the movie is so much more emotionally relevant if they sacrifice themselves. The nice guy is almost never a horror film’s hero, and this is where Werewolves Within really does depart from standard fare.

Director Josh Ruben—fresh off Scare Me, a clever horror-comedy he wrote, directed and starred in—delivers a forgiving, even sweet tone. There’s cynicism here, and characters are not drawn with a lot of dimension, but the performances are fun and the comedy is good-natured.

Richardson makes an ideal Rogers-esque central figure, his new hometown populated by a talented comedy ensemble: Michaela Watkins, Michael Chernus, Wayne Duvall, Harvey Guillen (TV’s What We Do In the Shadows), and fan-favorite, Milana Vayntrub. (You know, Lily from the AT&T ads.)

Werewolves Within is loosely based on the video game of the same name, which may be why the plot feels so very slight. Still, writer Mishna Wolff displays a flair for whodunnit fun that elevates the film high above 90% of the video game movies that have been made.

A lot of that success lies in Wolff and Ruben’s investment in the nice guy.

Fred Rogers once said: “When I was a boy and I would see a scary thing in the news, my mother would say to me, ‘Look for the helpers.’”

Finn would have made him proud.