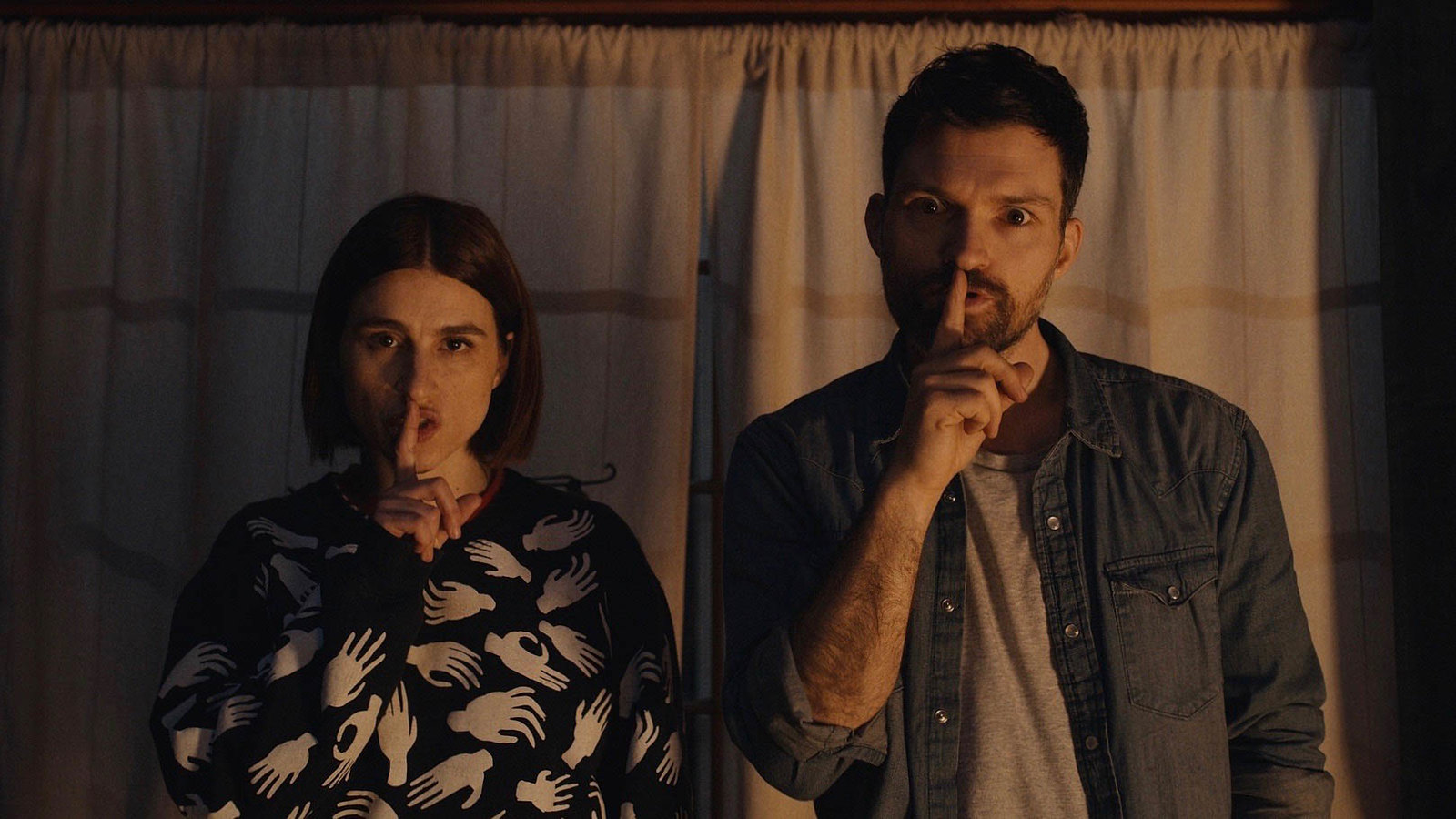 Writer’s block—it is a common theme in all writing, especially horror. Think about The Shining, for example. Fred (writer/director/star Josh Ruben) certainly is. And at first, writer’s block is what the writer/director in Ruben leads you to believe Scare Me is all about.

Fred takes a cab to a wintry cabin. He tries to dodge questions from his driver, who, like Fred, fancies herself a bit of a writer. A short time later, Fred stares at a laptop screen. He’s not typing.

A power outage and a chance encounter with “real writer” Fanny (Aya Cash) lead to an evening of telling scary stories. And just like that stormy night so long ago when Mary Wollstonecraft Shelley out-storied her companions Percy Shelley and Lord Byron, the male ego is more easily wounded than any fictional character.

At its best, Scare Me offers an intriguing look inside the mind of privilege. What is it like to be a decent-looking white guy who has to resolve himself to the fact that he actually has no claim to that top spot on the totem pole that he’s always been told is his?

At its worst, it’s an overlong bit of self-indulgence.

As Fred’s nemesis/love interest(?)/frenemy Fanny, Cash is straightforward, merciless, funny and full of insight—as is Ruben’s script. Scare Me has no time for entitled, lazy writers.

For any of the real tensions of the film to work, we have to recognize and, to a degree, empathize with—even root for—Fred. Thanks to a smart script and an eerily recognizable performance, we do.

The film hits its high (pun intended) when pizza guy Carlo  (SNL’s Chris Redd) joins the storytelling. It’s not quite enough to save a second act that simply goes on for too long. But a bloated midriff doesn’t spoil Scare Me entirely, a savvy piece of storytelling in itself.