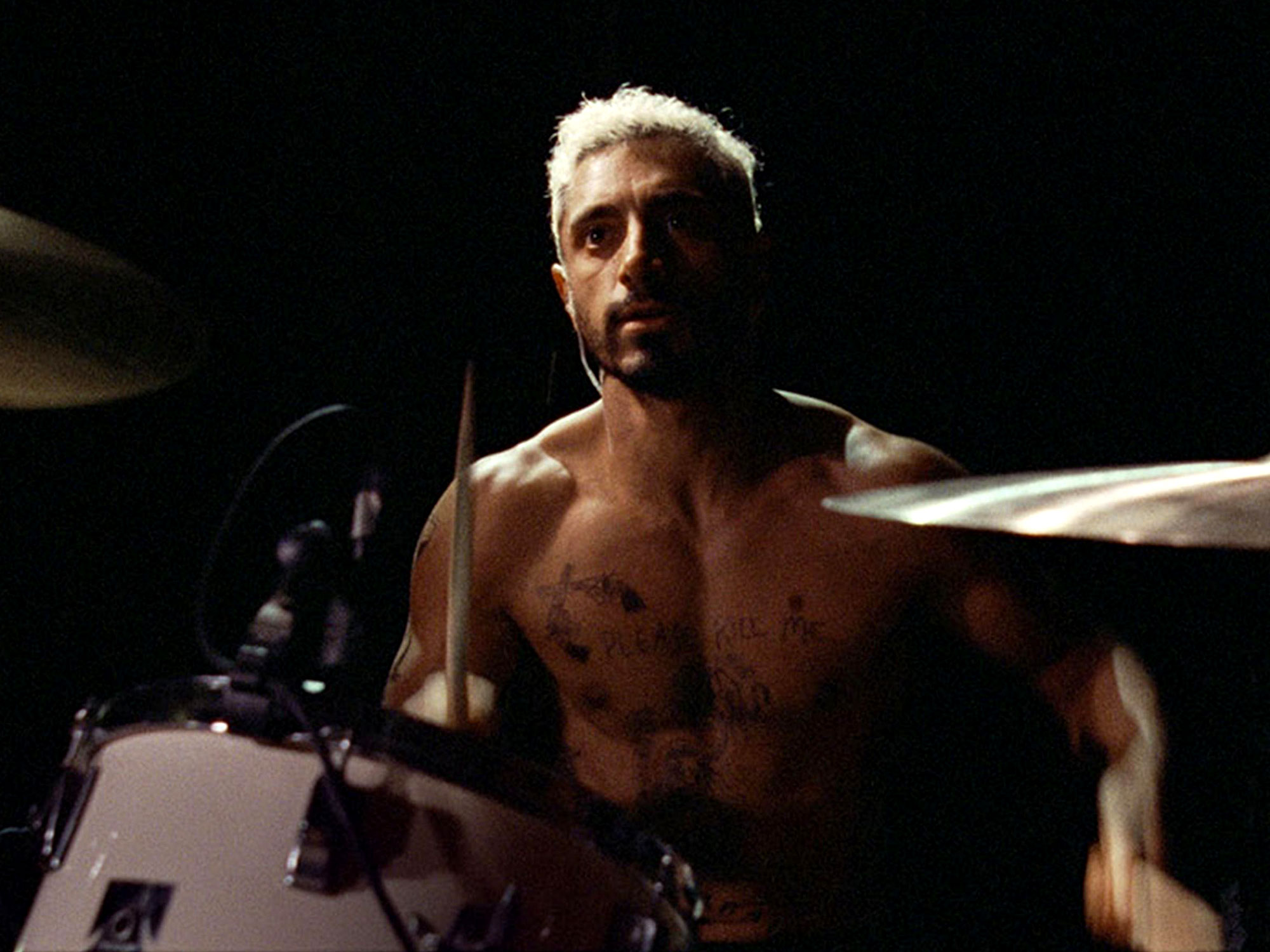 Riz Ahmed is a guy who can do anything.

He can be funny (Four Lions), pathetic (Nightcrawler), tragic (Sisters Brothers), villainous (Venom). He’s soon to be Hamlet. But in Sound of Metal, playing a recovering addict heavy metal drummer who’s hearing suddenly deteriorates, he’s more than all of these put together.

Ahmed is Ruben, in a performance that brings this man to life with so many layers and such nuance and power it requires your attention.

Ruben’s traveling the country in an airstream with his girlfriend Lou (the always welcome Olivia Cooke). She sings/wails/screams and plays guitar, he bangs on the drums, and they keep each other safe, sane and sober. This is how they do it, one day at a time.

But Ruben’s sudden deafness is more than he can take and as he spirals out of control, Lou and his sponsor find him a place. It’s secluded, nestled on a big piece of land near a school for the deaf—a spot for recovering addicts who are deaf. No one else.

Even before you begin to appreciate Ahmed’s remarkable performance, you’ll likely notice writer/director Darius Marder’s choices when it comes to sound design.

Also, Sound of Metal is captioned, but not all the time. If Ruben can’t understand what’s being said, neither can you.

The sound design evokes the same sensation: of being in Ruben’s head. What he can’t really hear it, you can’t, either. Marder mimics the humming, echoing, and blurring together of sounds to create an immersive sensation that never feels like a gimmick.

It might, were it not for Ahmed, though. The rest of the cast, most of them non-actors, offer solid support. Cooke is characteristically strong, simultaneously resilient and dependent in a way that feels authentic to the character. The charming and endlessly tender third act arrival of Matthieu Amalric only adds to the emotional heft the film carries.

Sound of Metal is Marder’s first feature. It often benefits from a loose structure, but just as often, this becomes its downfall. There are scenes that amount to little, giving the film a bloated quality. But that’s not enough to defeat it, not nearly. Sound of Metal is a powerful experiment and a star turn for a talented actor.