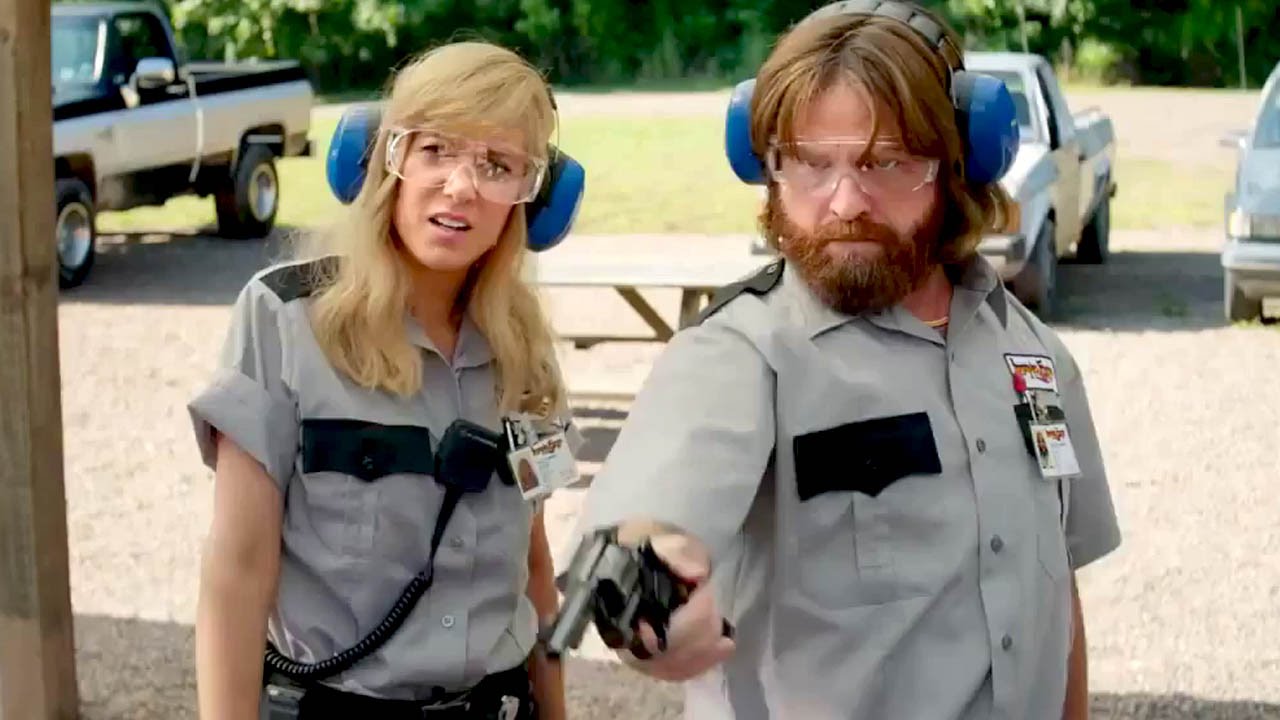 Does Masterminds carry the stench of death? Let’s go to the evidence.

This film has been on the shelf for over a year despite impressive comic talent, and that cast may be the only thing keeping the film from straight-to-video status. It finally opens this week, with little fanfare in a crowded field, and features a blooper reel that can’t wait to push the actual film out of the way and get going.

In other words, we doubt you laughed much for the previous 90 minutes, how ’bout some funny outtakes as you leave?

Strong case, counselor, but in the words of master litigator Jules Winfield, “Allow me to retort!”

Masterminds is not horrible.

It’s actually based on the true events of a 1997 bank heist that scored 17 million dollars (2 million of which is still missing). If you think the director of Napoleon Dynamite is an odd choice to direct this story, you’re correct, and Jared Hess delivers a very odd, haphazardly funny movie.

Zach Galifiankis is a trailer-park livin’ armored truck driver engaged to Kate McKinnon (their announcement shots are a riot) but pining for his co-worker Kristin Wiig, who becomes the bait in Owen Wilson’s scheme to get the cash. Once the job is pulled, Zach waits south of the border for Wiig to join him (“I had to get a disguise, I look like Gene Shalit!”), while Wilson dispatches hitman Jason Sudeikis to hunt Zach down in Mexico. Meanwhile FBI agent Leslie Jones looks for clues and a jealous McKinnon attacks Wiig with a giant tube of feminine cream.

Long stretches where you aren’t laughing are suddenly broken up by a randomly uproarious gag (see tube of feminine cream above), and the veteran cast always makes it watchable despite the extreme absurdity. McKinnon steals scenes with facial expressions alone while Zach and Sudeikis engage in battles of improvised strangeness.

So ladies and gentlemen of the jury consider: this film will sink quickly and quietly from the multiplex, then slowly grow once it hits the video and streaming market.

As Zach says, “Brace your boobies,” Masterminds may be a cult favorite in waiting,