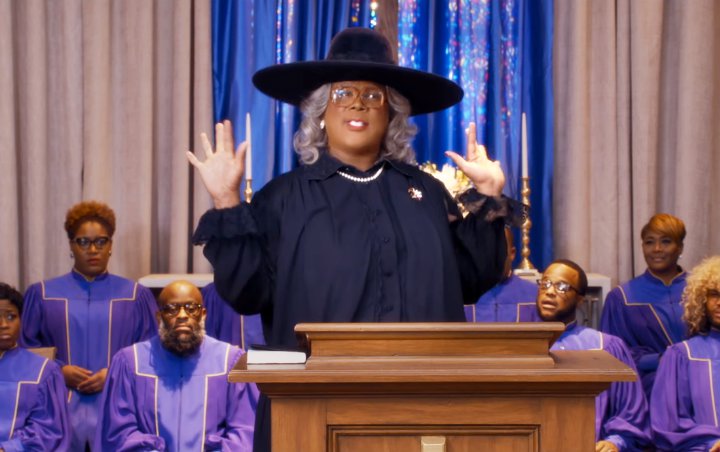 So far, Madea has plowed through a family reunion, a wedding, jail, witness protection, a Christmas and at least two Halloweens. You knew the time would come when she crashed a funeral.

That time is now.

Writer/director/star Tyler Perry is back for round number eight with Madea and her crazy crew, many of whom are also played by Perry. This time, everyone has gathered for a surprise anniversary party, but surprise!, one family member turns up dead, meaning a funeral is now in order.

Who can they all turn to for funeral planning at a moment’s notice?

You can bet the service will carry some surprises of its own, especially with so many secrets just waiting to be spilled. Some family members are carrying on with other significant others (What? In a Tyler Perry movie?), and some people just can’t be trusted to keep quiet.

We’re eight movies into this formula, so don’t expect any big changes. The focus isn’t storytelling, character development, or humor that carries any thread of organic authenticity. What’s important is getting Perry’s different characters into convoluted situations where they can talk smack to each other.

That mission is accomplished early and often.

Expect plenty of “Hush up!”‘s and smacks in the face while the supporting characters stand around like good-looking mannequins that keep repeating “You okay?” to each other.

Perry does manage a genuine laugh or two (mainly from his “Joe” and “Heathrow” characters) among the painful shenanigans, but the best thing about this Madea is that there are so many that have come before.

She clearly has found an audience. If you’re part of it, A Madea Family Funeral will deliver just what you’re expecting.

If you’re not, there’s little reason to join the family now.