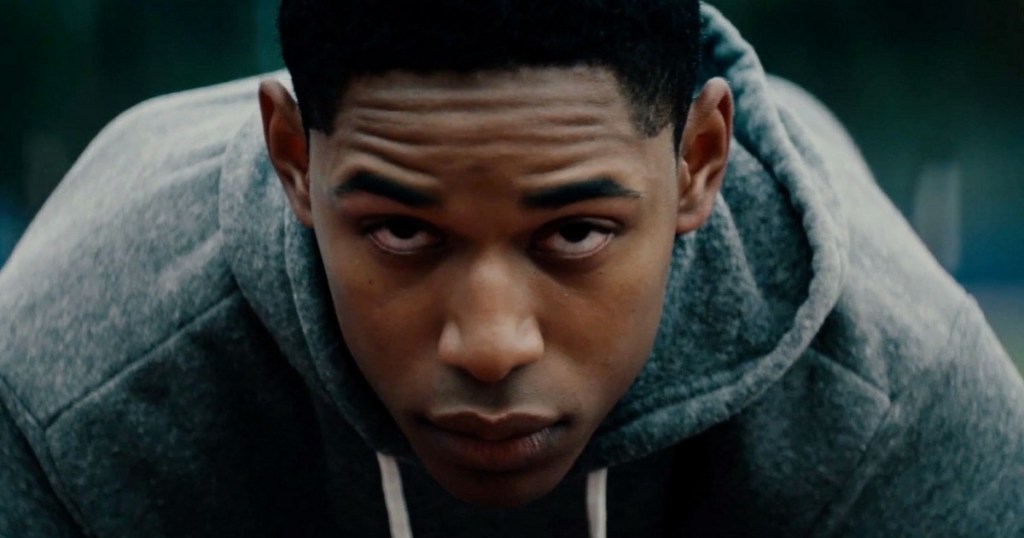 It’s appropriate that so much of the film Luce follows the titular character’s preparation for a debate. The film itself seems to beg for audience argument.

Luce is a bit of an American miracle. A boy soldier rescued from Eritrea at 7 by a wealthy white couple, he’s reinvented himself by the beginning of his senior year in high school, becoming the golden child: debate team captain, cross country captain, speech team captain and eventual valedictorian.

A sternly supportive history teacher (Octavia Spencer) raises questions, her goal to help ensure Luce understands that he “cannot fuck up.” It becomes the catalyst for a tense, borderline terrifying exploration of identity, preconceptions, race, refined society and who gets to take credit for what.

Kelvin Harrison Jr., so wounded and wonderful in It Comes at Night, holds all these puzzle pieces together as the enigma at the center of a mystery. His turn as the charismatic central figure in this highly polite and scholarly debate is fascinating, haunting and, in rare flashes, painfully vulnerable.

His manufactured persona, his carefully studied sincerity, emphasize an image that’s too good to be true. But Harrison Jr. brings so many additional layers—manifestations of survival techniques, an ability to read his environment and predict everyone’s behavior—that give his character needed complexity. Luce is not just a black student everyone can be proud of, or some wonderful example of how our system can work.

And that’s what makes him scary. So when he executes a history assignment too well—writing from the perspective of a historical figure who suggested violence as a moral response to colonialism—he freaks out a teacher (Spencer, wonderfully righteousness) who’d rather he embrace his favored status so she can bask in the glow.

Naomi Watts and Tim Roth play Luce’s socially conscious parents, and the pairing makes it tough to keep your mind from recalling Funny Games, Michael Haneke’s grim picture of affluent familial catastrophe. Whether intentional or not, the casting adds an underlying sense of urgent dread—as does Geoff Barrow and Ben Salisbury’s discordant score.

Watts is particularly strong, and the who-knows-what dance she does with Roth as their son plays one off the other adds a queasying rhythm to the mystery.

Julius Onah’s direction sometimes betrays the stagebound nature of the source material. (J.C. Lee adapts his own much lauded play.) Too much is revealed through lengthy monologues and there’s little smooth flow from scene to scene.

But his film teems with provocation and his cast more than meets that challenge. Harrison Jr. in particular is a revelation, an image of a thing that doesn’t exist but is so true you’ll never know if anything else is really there.