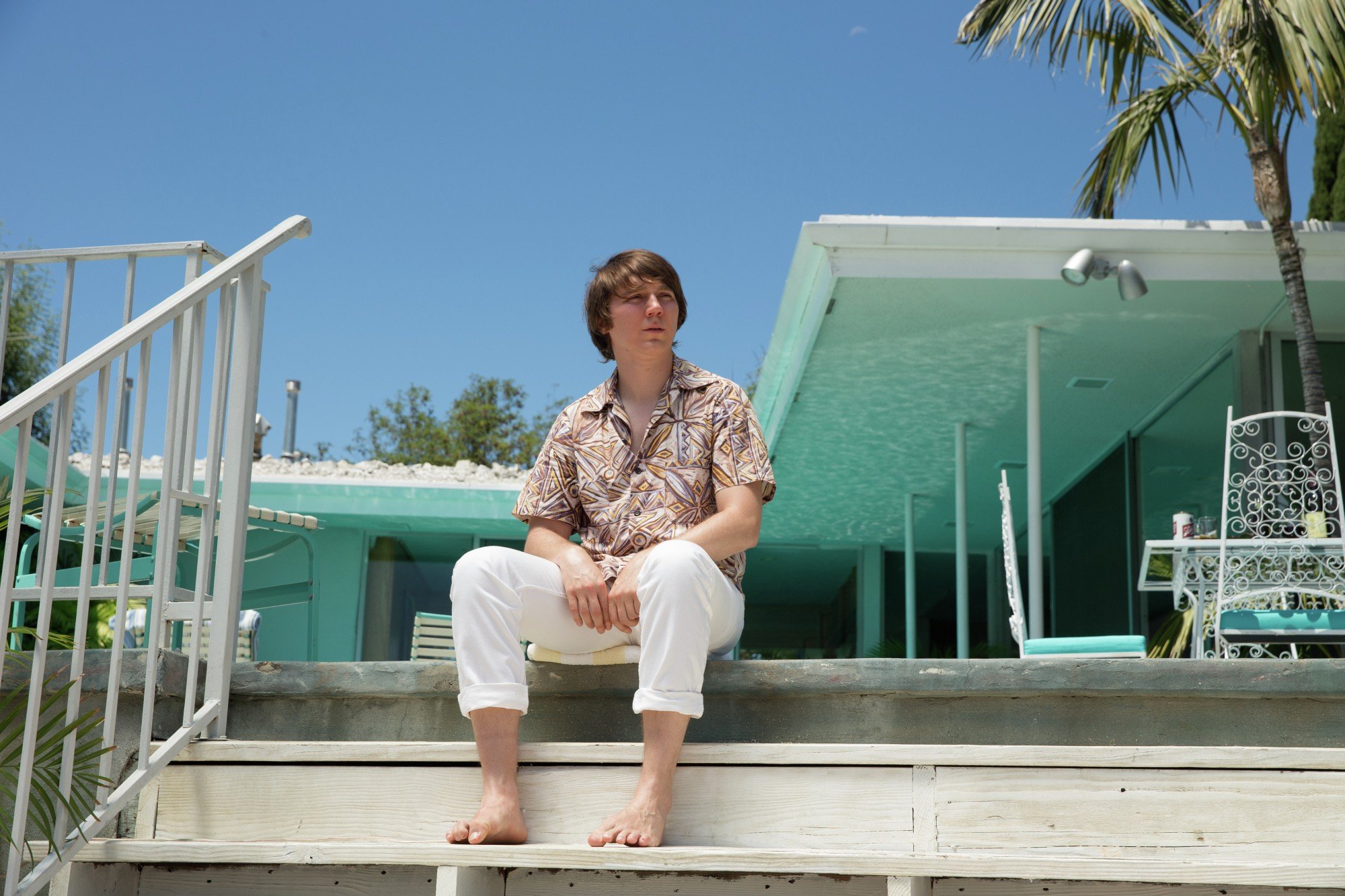 Love and Mercy is a music biography that doesn’t follow the standard playbook. More abstract than similar films in the genre, its dual narrative approach is not only welcome, but one that feels entirely appropriate for the life involved.

Even if you’ve never heard a note of Brian Wilson’s music, one listen to “God Only Knows,” “Good Vibrations,” “Caroline, No” or countless other Beach Boys classics reveals a musical visionary like none other. His success, and inner turmoil, have both become legend, and director Bill Pohlad utilizes an ambitious script and fine performances to make Wilson’s story resonate with heartbreak and hope.

Rather than a complete overview of Wilson’s entire life, acclaimed screenwriter Oren Moverman (Rampart, The Messenger, I’m Not There) anchors the film around two watershed periods: the late 1960s, when Wilson stopped touring to concentrate on recording, and the late 1980s, when questionable treatment for psychological issues left him an emotional invalid.

Pohlad, a veteran producer directing his first film in nearly 25 years, turns to John Cusack for the role of the older Wilson, and it pays off. Though not the physical match Dano is, Cusack nails Wilson’s speech pattern and hesitant gait and more importantly, he projects the weariness of a decades-long torment. Terrific support comes from Elizabeth Banks as the girlfriend who helped Wilson toward a breakthrough, and her chemistry with Cusack conveys a tender desperation.

Beyond some basic introductions of family and band members, Moverman’s script isn’t interested in spoon feeding. A degree in music history may not be necessary, but viewers already familiar with names such as Van Dyke Parks, Hal Blaine and Dr. Eugene Landy (a perfectly slimy Paul Giamatti) will feel even greater appreciation for the film’s disinterest in pandering.

Pohland crafts the studio segments with precision and an eye for detail. Rather than a greatest hits musical revue, we hear segments of the songs as they’re being constructed, and glimpse Wilson’s obsessive innovations in the studio, tirelessly directing the famed “wrecking crew” of studio musicians until he gets the perfect mix.

There are only minor bumps along the way. Pohland is a tad too preoccupied with time stamping via TV news reports and top 40 hits, and really, one closeup of Wilson trying to follow the sounds inside his head is enough to get the point across.