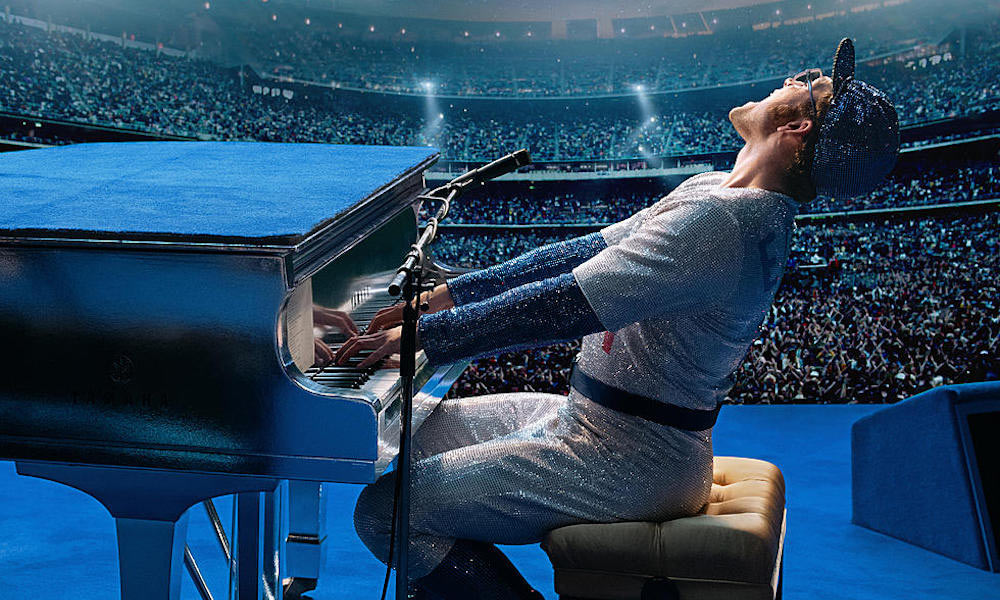 So, Elton John won’t be singing in the movie about Elton John?

Seems weird, until you see how well Rocketman incorporates decades of indelible music into one vastly entertaining portrait of the iconic rock star who stands second only to Elvis in career solo hits.

Kudos to writer Lee Hall and director Dexter Fletcher for knowing we’ve seen this rise/drugs/fall arc before, and knowing how to pool their talents for an ambitious take.

Hall wrote Billy Elliot and Fletcher is fresh off co-directing Bohemian Rhapsody. Their vision draws from both to land somewhere between the enigmatic Dylan biopic I’m Not There and the effervescent ABBA glitter bomb Mamma Mia.

Even without Fletcher’s involvement, comparisons to Bohemian Rhapsody (now the most successful music biopic to date) were inevitable, but Rocketman leaves the stage as a vastly superior film.

Of course the kickers-clad schoolboy didn’t pound out “The Bitch is Back” on his living room piano, the aspiring songwriter didn’t sing “Sad Songs” at a 1960s audition, and the overnight sensation didn’t “Crocodile Rock” at his legendary 1970 stint at The Troubadour.

But in the world of Rocketman, anything is possible. And even with all the eccentric flights of fancy, the film holds true to an ultimately touching honesty about the life story it’s telling.

And, oh yeah, the songs are still pretty great, too (no matter who’s singing them).