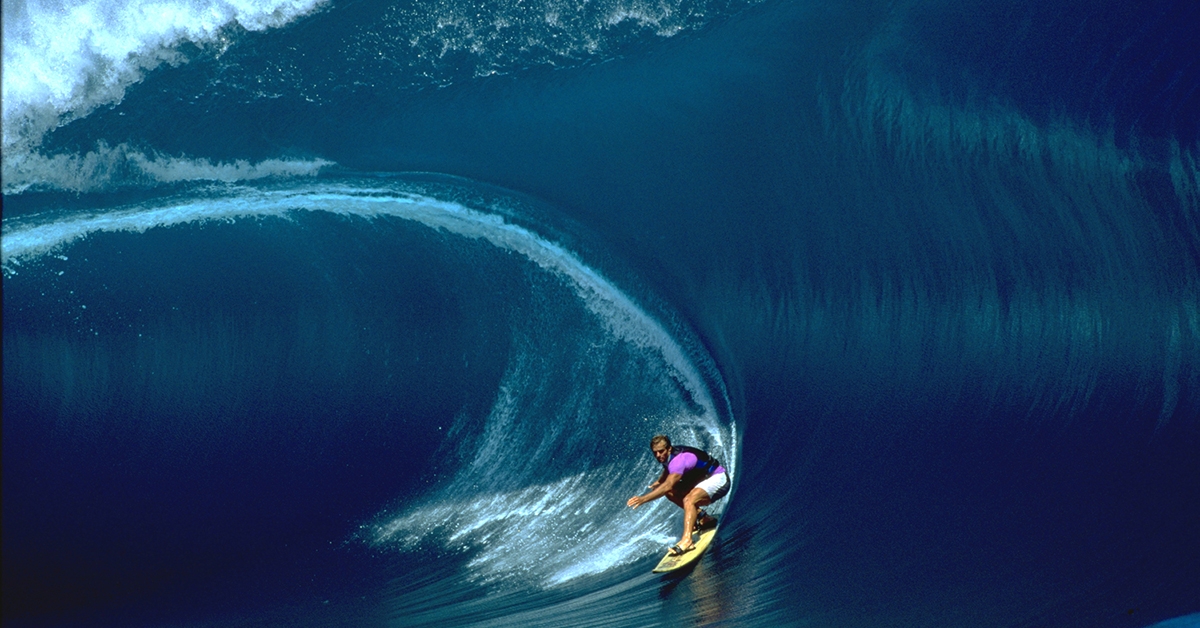 Take Every Wave: The Life of Laird Hamilton

Imagine the most fun you’ve ever had in your life. Then prepare to watch a dude who is having 100 times more fun Every. Single. Day. That’s Laird Hamilton, pro surfer and quite possibly the luckiest guy alive.

The documentary Take Every Wave: The Life of Laird Hamilton details the life of the 53-year-old adrenaline addict who, though disdainful of participating in any one-on-one competition with mere mortals, affords an ocean-front, surfing day everyday lifestyle by falling into modeling gigs with Vogue, landing roles in some bodacious surf movies, and nabbing sponsorships from choice beachwear companies.

Nice work if you can get it. (Especially if you refuse to lower yourself to auditions.)

As the movie starts, you are introduced to an aging Poseidon who trains aggressively to combat the injuries sustained in a lifetime of wipe-outs: arthritis in the hip, a fused arch in one foot, numerous shoulder injuries, and an ankle that has been crushed seven separate times. His goal is to ride a foilboard on the biggest waves of his life.

The foilboard is something Hamilton pioneered—a surfboard that hovers several feet above the water, suspended via a strut using hydrofoil technology developed by America’s Cup engineers.

But this isn’t the only novelty that Hamilton’s been into over the years. Over the course of the documentary you get to watch the glint in his eye as Laird recounts how he big-dogged his way through the line-up at some of Hawaii’s top big wave surf spots, figured out how to use industrial strength Velcro to strap himself to his surfboard (allowing for X Game-style tricks), adopted the sport of windsurfing in its infancy, and co-invented tow-in surfing. (You know, when a jet ski tows you improbably far out so you can surf a 40 to 50 foot wave that’s located directly in front of a cliff face.)

You also see the envious and sometimes irritated faces of Laird’s friends and family as they recount his sometimes douchey exploits and marvel at the fact that his body is still basically intact while some of his contemporaries sport gnarly scars and spin yarns about the times they were playing with him and almost died.

Via a mix of vintage footage, interviews, and camerawork worthy of the cover of National Geographic, Take Every Wave provides an epic escape into the radical world of an almost uncomfortably handsome and fortunate top athlete.