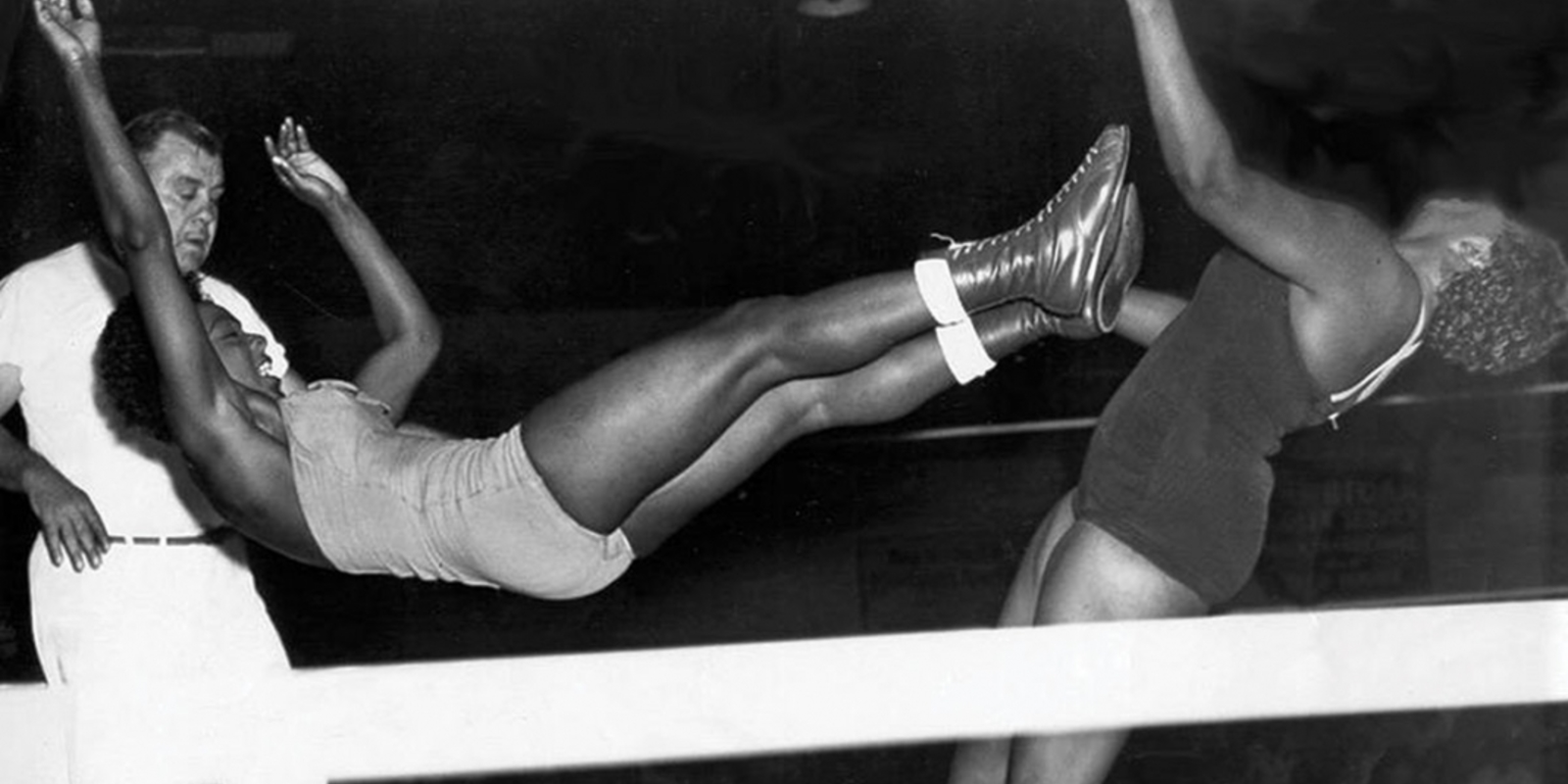 Lady Wrestler: The Amazing, Unknown Story of African-American Women in the Ring

Writer/director Chris Bournea shines a well-deserved spotlight on a forgotten corner of American history, the Golden Age of Wrestling.

Columbus was the epicenter of professional wrestling during the 1950s and served as a home base for many prominent, powerful African American professional women wrestlers including the sister act of Babs Wingo, Ethel Johnson and Marva Scott.

Groomed like 60s music groups the Shirelles and the Marvelettes, the “Lady Wrestler” had to mix the sex appeal of the bathing beauty, the physical prowess of an athlete, and the glamor of a Hollywood star.

Manager Billy Wolf encouraged his ladies to dress in silk dresses and furs, to bedazzle themselves with diamonds, and to shun “masculine” habits like smoking in public. But in the ring, these women—who worked out three hours a day—executed holds and flips, and took strikes that would finish most men.

Balancing family life, career and fame, these women broke athletic color barriers and traveled internationally at a time when interstate transportation terminals were still segregated and women couldn’t apply for their own credit cards.

Told in a mix of Bournea’s own narration and interviews with the women and their families, Lady Wrestler: The Amazing, Unknown Story of African-American Women in the Ring is a testament to the physical and emotional strength of these trailblazing women.