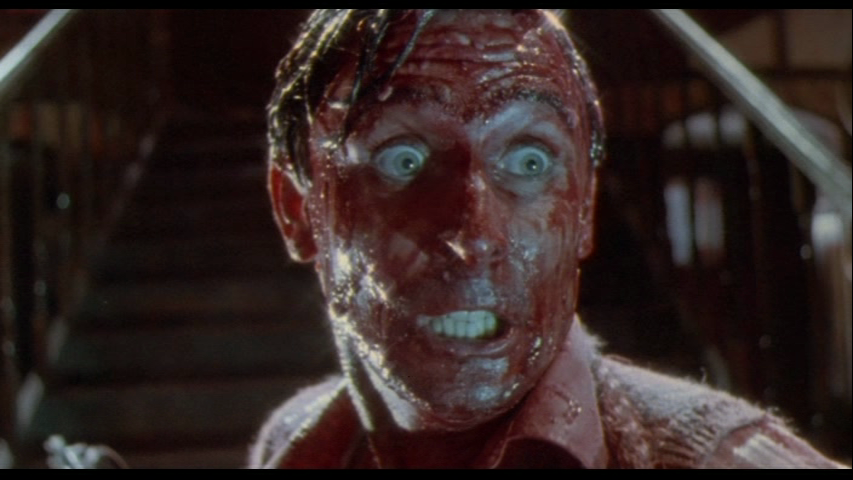 Lionel Cosgrove (Timothy Balme) secretly loves shopkeeper Paquita Maria Sanchez (Diana Penalver), but she has eyes for someone less milquetoast. Until, that is, she’s convinced by psychic forces that Lionel is her destiny. Unfortunately, Lionel’s milquetoast-iness comes by way of decades of oppression via his overbearing sadist of a mother, who does not take well to her son’s new outside-the-home interests. Mum follows the lovebirds to a date at the zoo, where she’s bitten (pretty hilariously) by a Sumatran rat-monkey (do not mistake this dangerous creature for a rabid Muppet or misshapen lump of clay).

Mama’s boy that he is, Lionel can’t bring himself to do what he must until it is spectacularly too late. He chains up an entirely unwholesome family down the basement, which works out well enough as long as he keeps from being bitten, and keeps conniving Uncle Les (Ian Watkin) out of there.