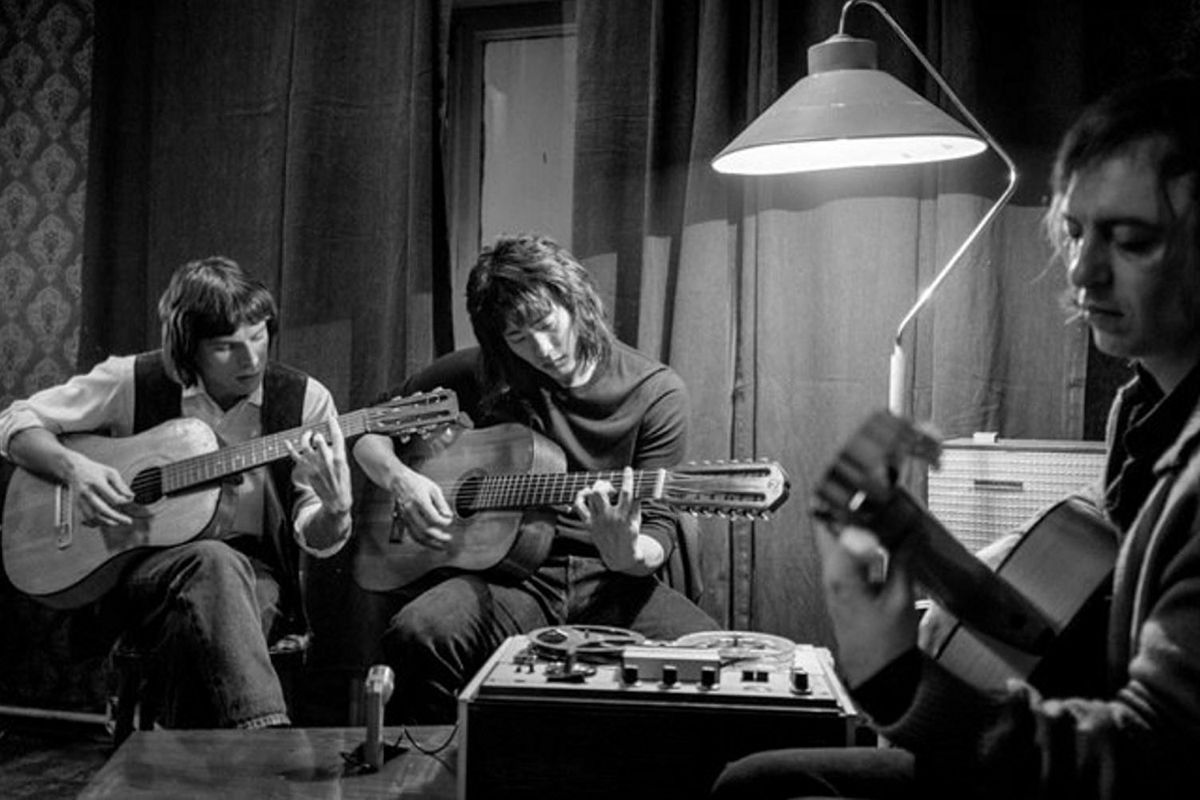 Entrancing, Kirill Serebrennikov’s Leto layers a variety of stylistic flourishes over the relatively simple plot—a love triangle between a rising rock star, his mentor, and the mentor’s wife.  Set in 1980s Leningrad, I was thrown off-balance from the first.

When it comes down to it, I don’t know all that much about rock and roll. I know even less about the Soviet Union.

So, it was a bit of a surprise to see OG hipsters playing a show to a crowd of fans. But then I noticed that the fans were sitting politely in their seats and that men in suits patrolled the performance hall ready to put down any display of unruly behavior—piling on a sweet-faced girl who sedately held up a small poster with a hand-drawn heart on it.

This is a country where, if you are going to play, you first have to have your lyrics analyzed for ideological appropriateness.

The rising star Viktor Tsoi (Teo Yoo) and his mentor Mike Naumenko (Roma Zver) were both real people fronting the influential bands Kino and Zoopark, respectively.  A statement contained within the credits informs that the plot was based on Naumenko’s wife Natalia’s (Irina Starshenbaum) memories. However, there is also a character credited as “sceptic” who often breaks the fourth wall to explain to the viewer that “Sadly, this did not happen.”

Shot in moody black and white, with emotional pops of color, periodically animation creeps in to punctuate the more fraught moments. There’s also the occasional song and dance number in what is roughly a biopic—featuring covers of Talking Heads’ “Psycho Killer,” Iggy Pop’s “The Passenger”, and Lou Reed’s “Perfect Day.”

Weird, occasionally wandering, Leto, provided a glimpse into the experience of artists living in a gritty, austere world that I’ve not thought much about before, but probably will now.