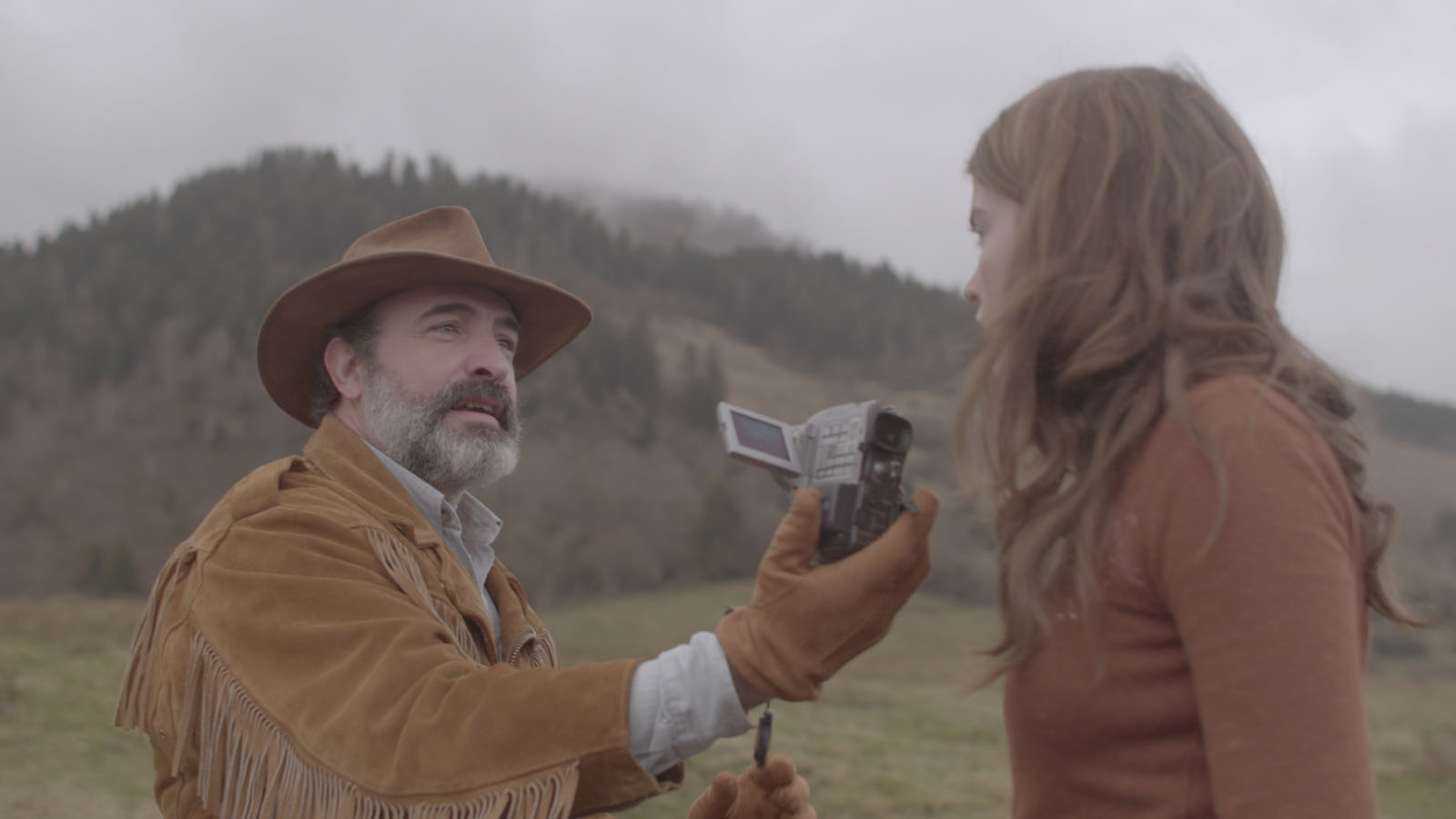 Oscar winner Jean Dujardin (The Artist) is Georges, a man willing to pay an awful lot for a jacket—so much that his wife locks him out of their account. No matter, Georges will just hole up in this little French town, learn how to use the digital camera that came with his purchase, and spend some quality time with his new jacket.

If that sounds absurd, it should. You’ve just stumbled into the one-paragraph synopsis of the latest bit of lunacy from filmmaker Quentin Dupieux. As he did with 2010’s Rubber (a sentient tire on a cross-country rampage), Dupieux sets up one feature-length joke.

Again the filmmaker draws hysterically deadpan, even confused performances from the many nameless characters supporting his leads. Adèle Haenel (Portrait of a Lady on Fire), playing town barkeep and would-be filmmaker, offers a wily and enjoyable counterpoint to Dujardin’s earnestness.

Aside from a couple of utterly priceless Dupieux flourishes, it’s Dujardin that sells this film. He’s deeply committed to the wildly wrong-headed internal logic of the film and the character. There’s an underlying sadness to it, and the willful obliviousness required of a character so willing to commit to a plan as ludicrous as Georges’s. He’s wonderful.