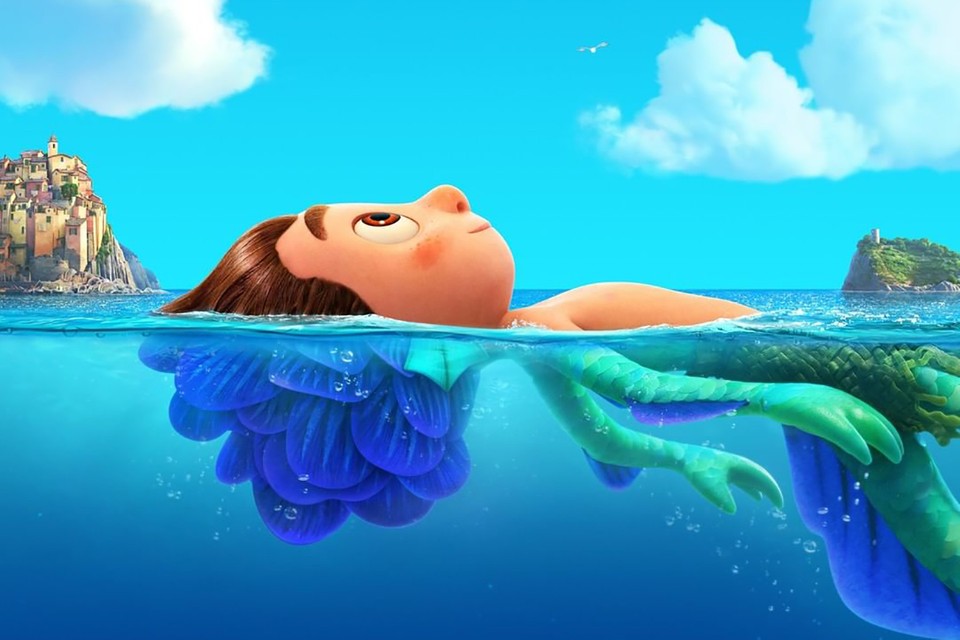 It’s summertime. Who doesn’t want to look out on the bluest water as little boats rock in the breeze and kids cavort in a tiny seaside villa on the Italian Riviera? Awash in the wonder of childhood, the latest adventure from Pixar follows someone from under the sea who’s lured to dry land—against their parents’ wishes—and finds a whole new world.

Wait, that last phrase evokes a different movie, but Luca – a Disney + release that doesn’t require the Premier Access fee – does share a winking resemblance to Disney’s most famous fish out of water story. Young sea monster Luca (Jacob Tremblay) finds the idea of the world above sea level equally forbidding and fascinating. He discovers, with the assistance of another young sea monster named Alberto (It’s Jack Dylan Grazier), that as long as he stays dry, he can pass for human.

Good thing, since the whole villa where they hide from Luca’s parents (Maya Rudolph and Jim Gaffigan) is obsessed with finding and killing the elusive sea monsters of lore.

Writers Jesse Andrews (Me and Earl and the Dying Girl) and Mike Jones (who co-wrote last year’s Oscar winner for Pixar, Soul) essentially turned The Little Mermaid into a buddy comedy. Rather than digging into a lot of angst, self-sacrifice or villainy, director Enrico Casarosa— longtime animator and writer/director of Pixar’s lovely 2011 short La Luna—keeps things light and harmless.

The water here is shallow but bubbling with activity. Luca and Alberto make a friend in the feisty Giulia (Emma Berman), make an enemy of the conniving Ercole (Saverio Visconti), learn a trade, discover a love of pasta, develop a longing to learn, and take part in an Italian triathlon (the middle leg is pasta eating) so they can win enough money to buy a Vespa and see the world.

It’s busy. It looks pretty. The message – embrace who you are – is worthy, but there’s just not much in the delivery for the film to call its own. From any other animation studio, Luca would be a solid summer release, but for Pixar, it’s a middling effort on par with Onward or Finding Dory. It’s a forgettable if lovely time waster.