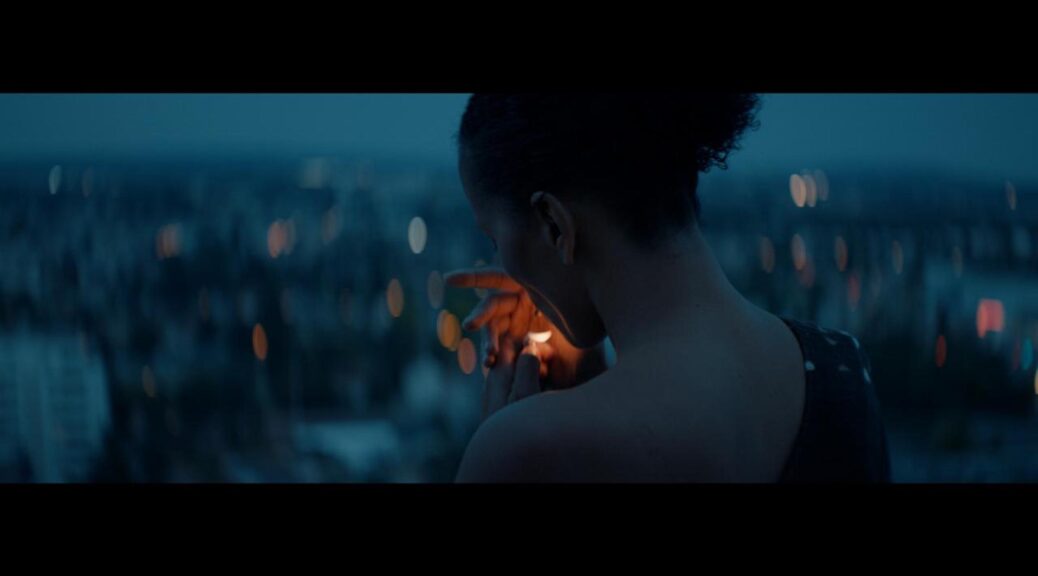 When Bantú Mama first opens, we follow Emma (Claire Albrecht) – a French woman of African descent – as she quietly returns home on a city bus. She says hello to some neighbors, has dinner, feeds her parrot, and goes to bed. The next morning, she sets off on a vacation to the Dominican Republic, where she will spend a week relaxing at a luxurious resort.

Or so she thinks. Only a day or two into her stay, she gets a phone call. We don’t hear the other side of the conversation, but it’s clear that she’s going to be heading home early. We see her meet up with an unknown man and switch her belongings over to a different suitcase, before heading to the airport. There she is taken into custody by the authorities. The charge? Trafficking. It seems Emma is a drug mule.

Not long after, as luck would have it, Emma manages to escape custody and finds herself hiding/living in a dangerous Santo Domingo barrio with a group of children. They help care for Emma and she, in turn, helps care for them. After all, she’s not a bad person. She’s just spent her life surviving as best she can and this situation is no different. It might lack the luxury of the resort or even her previous life back home, but life is what we make of it. That said, maybe don’t go around carrying other people’s baggage? Literally, in this case.

Bantú Mama is a timely story of hardship, culture clash, compassion, and chosen family. The core performances are all compelling and refreshingly naturalistic. So too is the absolutely gorgeous cinematography, which primarily utilizes natural light. This is one of the most beautifully shot films of the year, so it’s no wonder that it is already in contention for awards season.

If the film has any major fault, it’s that it doesn’t really have a third act. There’s simply Emma’s life before the arrest and her life after it. Not every story needs to follow a traditional narrative structure, especially one like this that willfully plays around with more commercial thriller and dramatic tropes. It does, however, rob the story of some impact and staying power.

Still, this is a striking debut from filmmaker Ivan Herrera, who we should keep an eye on going forward. Ditto for cinematographer Sebastian Cabrera Chelin, who deserves some major recognition for the work on display here.