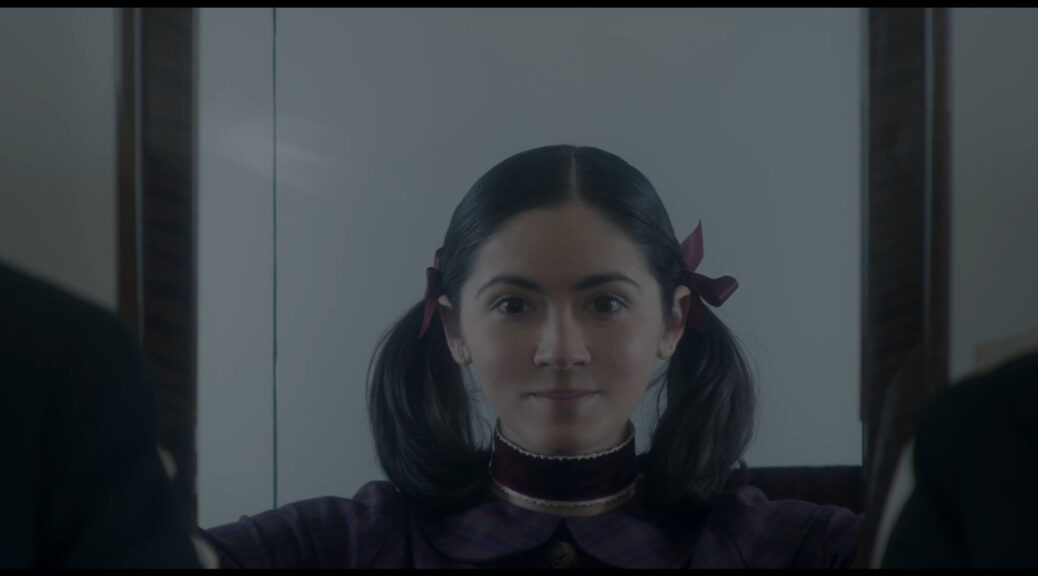 There’s something wrong with Esther.

That was the excellent tag line for Jaume Collet-Serra’s fun 2009 surprise Orphan. Then 12-year-old Isabelle Fuhrman delivered an inspired performance buoyed by the nuanced work of two veteran talents (Vera Farmiga and Peter Sarsgaard), but it was the climactic shocker that guaranteed the film’s place in horror history.

The bigger surprise might be to make a prequel 13 years later with the same lead. Furhman, now in her twenties, reprises her role as the orphan you do not want to adopt.

In director William Brent Bell’s episode, we go back in time to meet up with our wee villain in an Estonian facility. It’s a fun, bloody start to Esther’s adventure and an early reminder (it has been 13 years) that if you wonder whether Esther’s evil, F around and find out.

That, of course, is one of the obstacles writer David Coggeshall needs to overcome. We already know Esther’s big secret and we already know what she’s capable of. What surprises are left?

Orphan: First Kill goes in unexpected places, many of them an absolute hoot. Bell’s film walks an impressive line between tension, horror and laughs. It works because of a tight script, but mostly because of rock-solid performances from Fuhrman and Julia Stiles.

Stiles is Esther’s new mommy, a wealthy helicopter parent with an artist husband and a teenage son. She’s magnificent.

Able support work surrounds the pair, and Coggeshall’s screenplay meshes the expected with the unexpected.

I had no idea Bell—whose previous work includes the unintentionally funny The Boy and Brahms: The Boy II­—had this in him. Yes, Orphan: First Kill may have benefitted from low expectations: a heretofore weak director, a 25-year-old trying to convince the audience she’s 12, a franchise none of us thought needed a sequel. Still, there’s no denying it entertains.

The film is no masterpiece and Fuhrman’s age does take you out of the fantasy now and again. But it is sly fun.