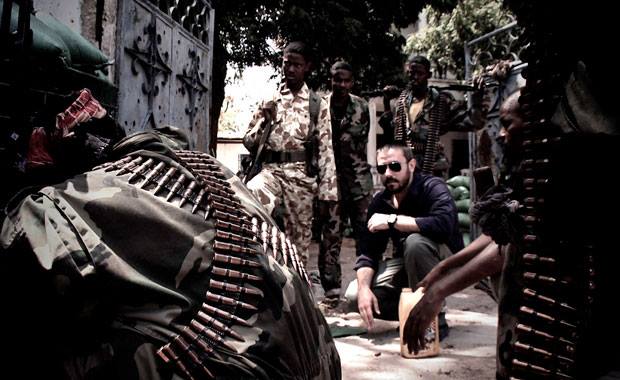 Jeremy Scahill’s investigation into what the Joint Special Operations Command does while it isn’t taking down bin Laden lands in DVD queues this week. Dirty Wars offers a provocative look at the evolution of the American military from boots on the ground warriors to a management firm handling targeted assassinations. Hell, we even outsource the jobs, and the kill lists, to warlords in Somalia and elsewhere. The documentary wallows in cinematic clichés here and there, but that tweaking of tensions is needless given the bewilderingly fascinating content. It’s a scary look at the likelihood of endless war.

Another eye-opening documentary -that far too few people laid eyes on – is 2010’s Inside Job, director Charles Ferguson’s look at the deregulation, greed, and glorified pyramid schemes behind the most recent Wall Street meltdown.

Ferguson makes complicated issues clear enough to understand without a phD in economics. There are no dramatically staged confrontations, just tough questions to stammering subjects who suddenly decide the interview they’re doing wasn’t a good idea. While this is tough material with plenty of facts, figures, dates and data, Ferguson does his best to keep it from getting too dry. The only thing keeping the film from classic status is a strange decision to have narrator Matt Damon close the film with a preachy sermon by writers Chad Beck and Adam Bolt.

That stumble aside, Inside Job is essential viewing.