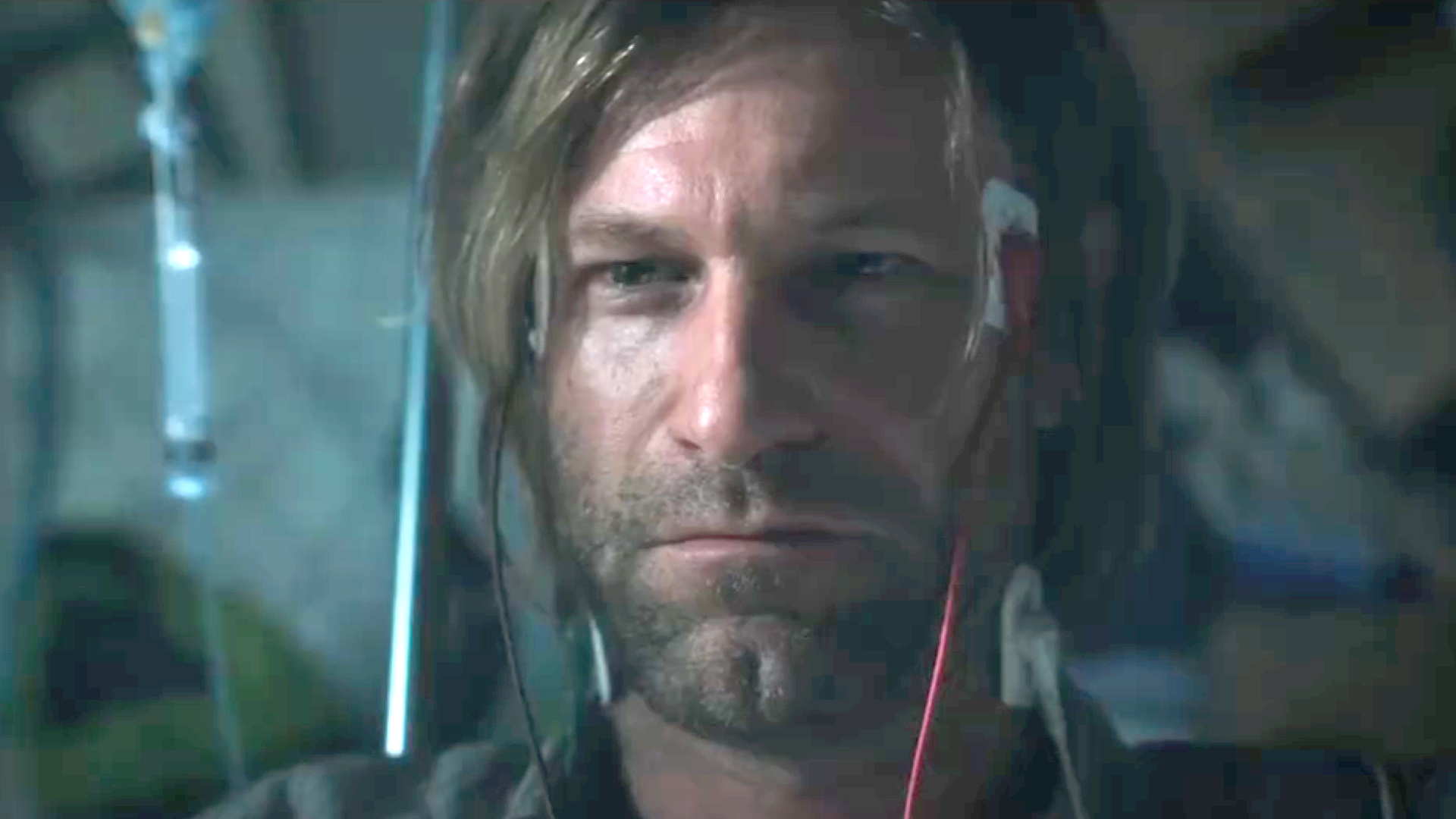 Aaron Eckhart is a conundrum, isn’t he? He’s talented enough to land any indie gem, granite-jawed and handsome enough to elevate it to mass market appeal. Think Thank You for Smoking.

And yet, for every Rabbit Hole there’s an I, Frankenstein; for every In the Company of Men, an Incarnate.

His latest – his fourth of this calendar year – sees Eckhart as the wheelchair-bound, unshaven, grimacing Dr. Seth Ember. He’s damaged, damn it!

Don’t call him an exorcist. He doesn’t exorcise demons; he evicts supernatural parasites. He has an ability. You see, when he was young, he realized, “When I was asleep I could go into the minds of the possessed.”

How did he figure this out? How often did he get drowsy in the proximity of a possessed person?

When a liaison to the Vatican (Catalina Sandino Moreno) – don’t even get Dr. Seth started on the church! – lures him to a case of a possessed 11-year-old, it isn’t to save the boy. Oh no.

No. It must have something to do with his damage. I’ll bet director Brad Peyton (that genius behind San Andreas) will soap-opera direct some weirdly stilted, flat and extreme-close-up-laden bit of ponderousness explaining the whole thing, but you will have lost the will to live before it’s all clarified.

There is one moment – not a scene, but a single moment – in this film where I believed Peyton might, maybe, possibly do something interesting.

Worst thing about Incarnate? It’s not the made-for-SyFy-CGI. Not the superficial storyline, not the flatly uninspired direction. (Honestly, if Peyton had directed from inside a coma the film couldn’t have looked or felt more lifeless.)

It’s not the tedious ensemble performances, not the wildly predictable series of twists. It’s Eckhart. It’s as if he’s angry at us that he took this dog.

We didn’t make you do it, Aaron. We only sat through this festering corpse of a movie because you were in it.

I believe we’re owed an apology.