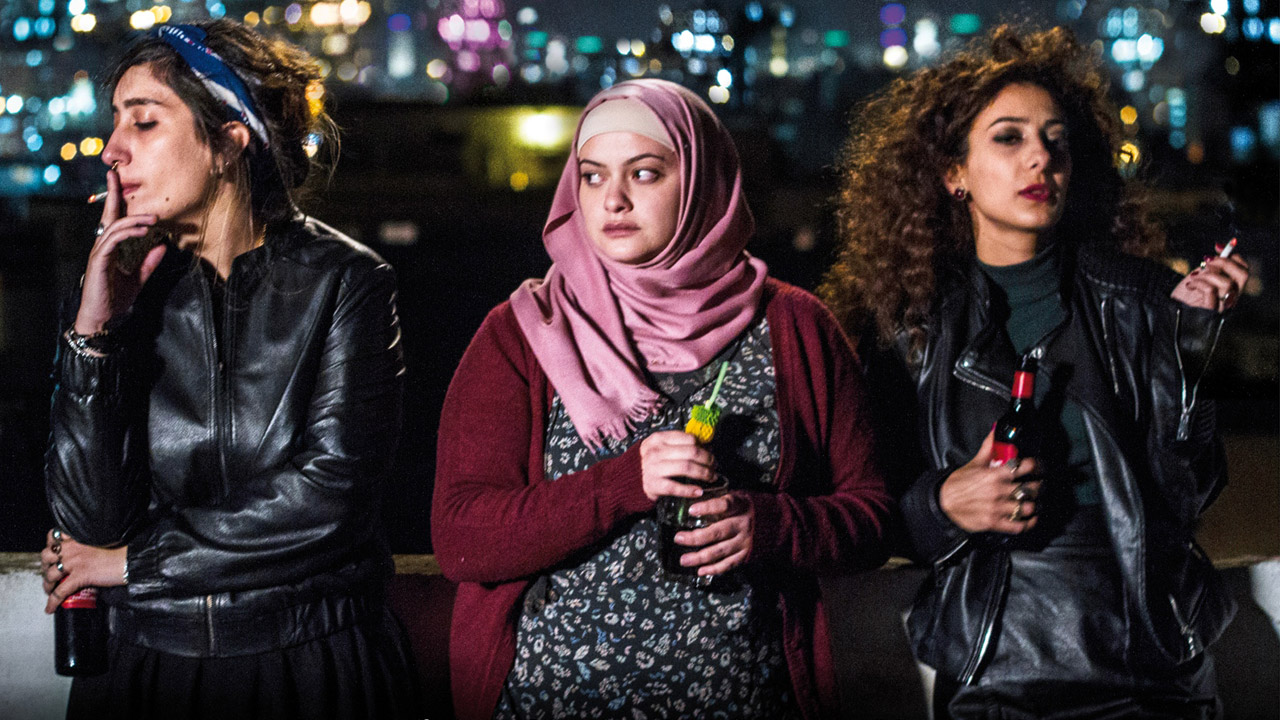 For women stuck between tradition and modernity, the choices presented to them can mean happiness or alienation from friends, family, and society. In Between explores these choices through the eyes of three women living as roommates in Tel Aviv.

The women are wildly different. There’s attractive, social Laila, who parties with her friends at night while working as a lawyer during the day. Salma is a tattooed, pierced chef whose parents are determined to find her a suitable husband. Nour, a conservative Muslim, is already engaged, but living in Tel Aviv to complete her degree in computer science.

Writer/director Maysaloun Hamoud, in her debut as a feature filmmaker, builds her narrative first from the perspective of each woman on her own, before drawing the stories together into a larger commentary on the world they inhabit.

The roommates connect over shared desires, as well as shared heartache. A particularly touching scene links Laila and Nour, as they prepare a dinner for Laila’s boyfriend. Laila is nervous, as she’s not cooked for anyone in some time, but Nour, who’s doing most of the cooking, reassures her that she does it for her betrothed all the time. It’s an intimate moment and details the different lives the two women lead.

There are additional intimate scenes between the women, and each is touching in uniquely different ways. A particular moment in which the roommates rally around Nour is both heartbreaking and poignant. It further reiterates the connection between women in a world that can be difficult to navigate, especially as it changes.

As Laila, Mouna Hawa is especially dynamic. She is the embodiment of a woman who knows who she is and what she wants, even if the world around her isn’t ready to accept that. However, Nour, magnificently portrayed by Shaden Kanboura, is perhaps the most interesting character as she is the one who changes most over the course of the film.

Salma’s (Sana Jammelieh) story feels the least explored. Though it carries its own emotional weight, when compared to the others it sometimes feels more like an afterthought.

Hamoud doesn’t shy away from forcing her characters into difficult, sometimes scary situations. Nor does she pull any punches in showing how those situations can leave a lasting impact. It’s often a rather bleak examination of the world women are forced to occupy.

These women have choices ahead of them, but the question is what they’ll have to give up to make them.