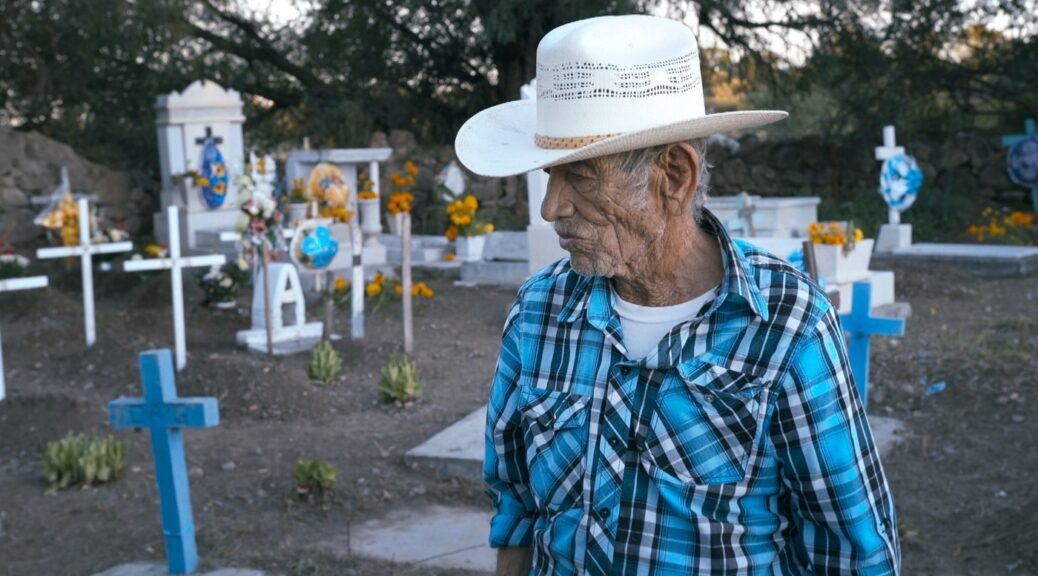 What We Leave Behind

When What We Leave Behind opens, we witness star Julian Moreno making a trip he has made countless times. For 15 years, he has taken a bus from his home in Mexico to visit his family in the United States. Every single month. He only stays for a few days at a time, but he’s been there like clockwork for a decade and a half. Now that he’s 89, however, he’s making his final trip, as he no longer has the stamina for it.

With his monthly visits ending, he instead turns his attention toward building a new house on a plot of land that he has purchased beside his current abode. This new home is not meant for him, but instead for whatever family member will want it once it’s finished. Iliana Sosa’s What We Leave Behind might be showcasing a family separated by a border, but it doesn’t have macro socio-political issues on its mind. What worries the film is simply what worries the aging Julian: Will his family be all right once he is gone? Will they remain close and get along?

This is all Julian wants. He brings up his age and mortality often, but never in a negative light. He’s not searching for sympathy or wishing for more time but is instead deeply pragmatic about it all. His time on this world is shortening and he wishes to spend it building a place where his family can live and congregate together long after he passes away.

We follow Julian from the moment the foundation is being laid up until his death, when all that’s left to accomplish are some finishing touches on the inside of the completed home. We also get to know his family along the way, spending many a quiet moment with them, in addition to quite a few long conversations. If you’re in the mood for drone shots and sweeping looks at the countryside, you’ll find none of that here. This is a deeply personal documentary about an aging family; one that focuses on small and intimate moments, as well as day-to-day struggles and events.

It’s an achingly beautiful piece of work that will hit home for anyone who has watched their older loved ones near their end, as well as worried about what might happen to their younger loved ones when they themselves pass on. What do we leave behind? The people that we love, be they friends or family. Julian Moreno would have told you they are what’s best in life and he’s right.