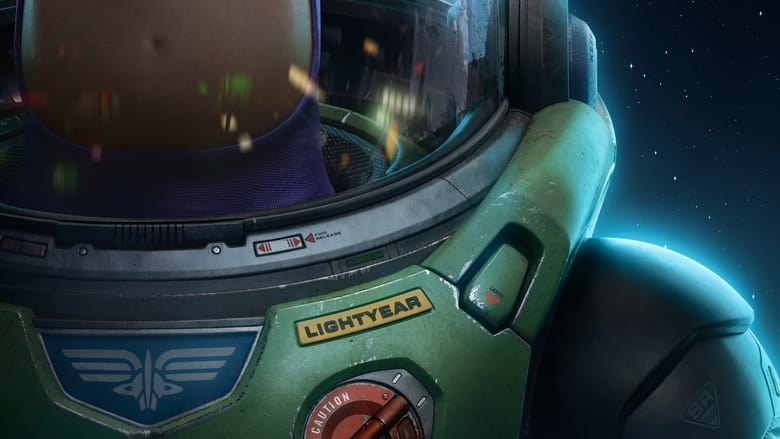 Exploring new life in the Toy Story universe comes with benefits – and drawbacks.

Sure, you inherit the goodwill earned by four of Pixar’s best feature films. But then, those films cast a mighty long shadow.

Lightyear taps into the warm fuzzies early, by letting us know why Andy wanted a Buzz action figure so badly that Christmas back in ’95. It’s because he loved the movie so much. This movie.

But honestly, for the first sixty minutes, you can’t imagine why.

Space Ranger Lightyear (voiced by Chris Evans) blames himself for marooning his settlement on a distant planet. A return to hyperspeed could bring everyone home, so Buzz is determined to keep testing until he gets it right.

Trouble is, each test flight sends him into a time dialator where 4 minutes up in space turns into 4 years back at base. So before Buzz knows it decades have passed, and he must take an untested team (Keke Palmer, Taika Waititi, Dale Soules) and a robotic cat (Peter Sohn) into battle against Emperor Zurg’s forces for control of the precious hyperspeed fuel source.

That’s all fine, but that’s all it is. Director and co-writer Angus MacLane (Finding Dory) can’t find any way to make the toy’s story come to life.

Until Buzz comes face to face with Zurg (James Brolin).

Zurg has a big surprise for all of us, one that might as well send the film into hyperspeed.

Almost in an instant, the cinematography from Jeremy Lasky and Ian Megibben adds depth and wonder (that spacewalk – goosebumps!), MacLane quickens the pace while recalling both 2001 and Aliens, and backstories from earlier in the film pay off with gentle lessons on bloodlines, destiny, and what makes a life’s mission matter.

Stay for the credits and beyond to get two bonus scenes that bring a chuckle or two. But just make sure you sit tight for the final half hour. That’s when Lightyear delivers the kind of action and pizazz that just might make a kid change his Christmas list.