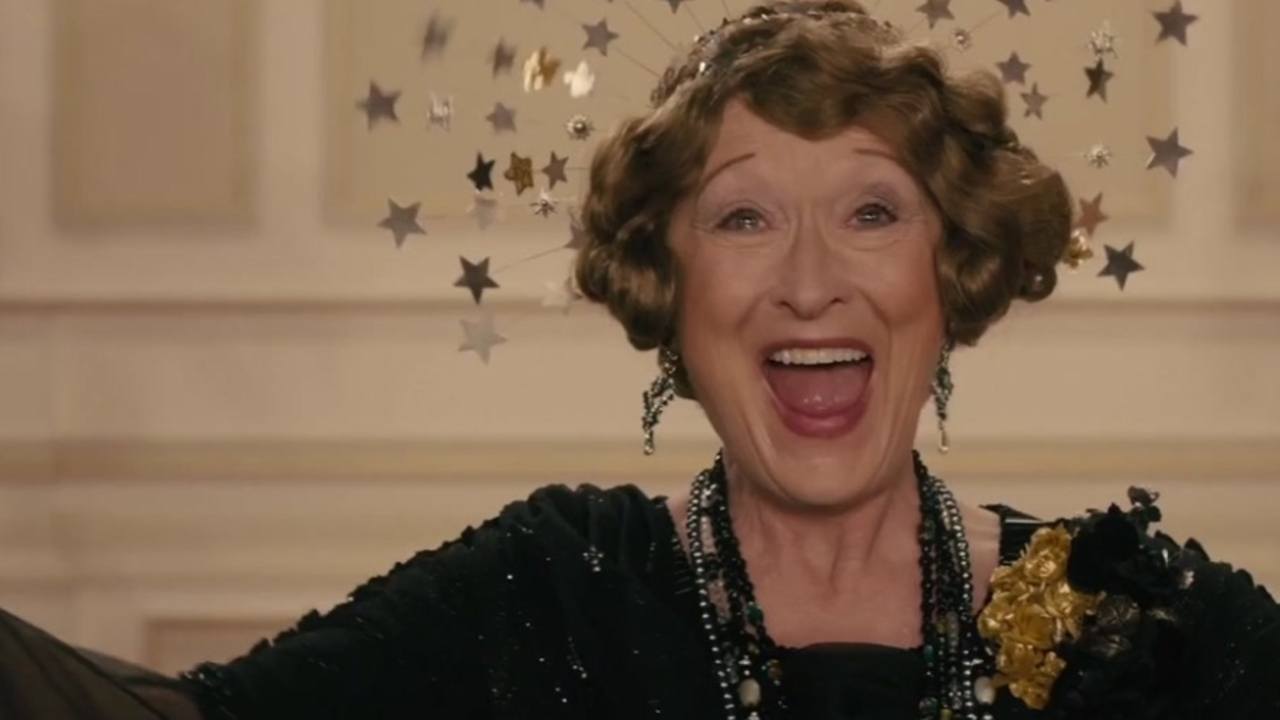 Brace yourselves – Meryl Streep is wonderful in her new film Florence Foster Jenkins. Great to know she’s finally found her footing with this whole acting thing.

Yes, Meryl Streep can act. Thanks to a string of recent films like Into the Woods, we learned that Streep can sing, too. Maybe not as well, but passably. She’s also great in a comedy (Julie & Julia, The Devil Wears Prada).

How good? Well, she did grab Oscar nominations for all three of the above efforts.

In the title role of Stephen Frears’s new 1944-set biopic, Streep gets to strain those vocal cords while showing off her comic sensibilities. No surprise, she does both with aplomb in the role of the NYC heiress who loved music far more than it loved her. Streep delivers a vibrant central performance in a charming if forgettable end-of-Summer comedy.

The film gets so much right, though. There could not have been a better choice to play Florence’s devoted yet philandering husband than Hugh Grant, whose scheming is rarely in the service of self. His every expression exposes such tenderness and protectiveness, whatever his cagy action.

Big Bang Theory’s Simon Helberg, playing Florence’s talented if green accompanist, steals scenes – from Meryl Streep, no less! – with the barely contained giggle or outright expression of bewildered wonder. To a certain degree, he represents the audience, forever asking: How is all this possible?

Because the film remains relatively faithful to the truth of the events: Jenkins honestly believed her caterwauling to be the tones of a sublime soprano. Her husband had so insulated her from critics who might burst that delusion that she willed herself to the stage of Carnegie Hall.

Florence is the butt of this joke, and to Streep’s credit, we all feel as protective of her as her husband and accompanist do. She finds the right combination of entitlement, tenacity, vulnerability and true, blinding love of art to make the character more than just a joke. Everyone can understand deeply loving something you simply don’t have the talent to succeed in.

Unfortunately, Frears can’t quite deliver the poignancy or even the universality that should undergird the giggles and screeches. Despite moving performances, the film dips too frequently and too deeply into sentimentality. Worse though, is the fact that you come away from the film thinking: Can you believe she really sang at Carnegie Hall? She’s still a joke. She should be a bit more of an inspiration.