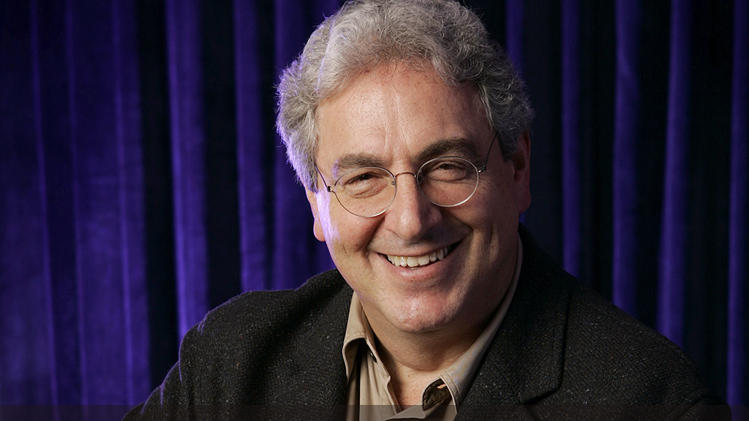 Few writers in history can boast the same level of affect on popular culture. How many Ramis-penned lines have found their way into our lexicon?

This chick is toast!

The last time I saw a mouth like that, it had a hook in it.

Any of you guys call me Francis, and I’ll kill you.

We just want to get back to our hotel rooms and have some really serious sex.

His writing was genius because his characters were somehow both ordinary and memorable – guys we know or wish we knew. (It helps that Bill Murray so often collaborated or flat-out improvised.)

Perhaps no American filmmaker has had more of an influence on the subsequent generation of artists than Ramis, whose writing managed to be simultaneously goofball and intelligent, his films impeccably crafted and open to improvisation. Plus, he seemed like a good guy.

Take some time to celebrate Harold Ramis and laugh your ass off in the process. Here, in chronological order, are our favorites:

Harold Ramis co-wrote the greatest frat movie ever made. All others have been pale impersonators of this ingenious ode to the drunken college misfit. Remembered mostly as the springboard for John Belushi’s volcanic career, Animal House remains one of the smartest and best scripted comedies of the Seventies – an era lousy with excellent American films.

Quote: Well, you can do whatever you want to us, but we’re not going to sit here and listen to you badmouth the United States of America!

Writer Ramis’s first collaboration with director Ivan Reitman takes the wearied tale of a wacky summer camp and gives it some fresh hijinks and interesting characters, while reminding modern viewers that things were just different in the Seventies. Primarily known as Bill Murray’s first proof as a cinematic lead, the film still crackles with the comedic sensibilities that would mark Ramis’s entire career.

Quote: Attention. Here’s an update on tonight’s dinner. It was veal. I repeat, veal. The winner of tonight’s mystery meat contest is Jeffrey Corbin who guessed “some kind of beef.”

Few films if any have riffed on the “haves versus have-nots” as delightfully as Ramis’s directorial debut, Caddyshack. We get to witness Bushwood’s country club elite deal with the new money riff raff – as well as gophers – invading their grounds. Murray is at his genius apex in this one as assistant groundskeeper Carl Spackler, a performance so great you might not appropriately appreciate the genius turns by Ted Knight and Rodney Dangerfield. Among the best comedies ever filmed, and certainly the greatest film golf can ever hope to see, Caddyshack is indispensible viewing.

Quote: How ’bout a Fresca?

Writing with Meatballs co-scriptors Len Blum and Dan Goldberg, Ramis delivers director Ivan Reitman his second gem of a film. Stripes is the definitive military comedy, and the first onscreen pairing of Ramis as the egghead counterpoint to Bill Murray’s wiseacre lead. The duo is a scream, and their bootcamp adventure offers a timeless comedy.

Quote: Chicks dig me because I rarely wear underwear, and when I do, it’s usually something unusual.

In ’83, Ramis turned his attention to a vehicle for Chevy Chase rather than Bill Murray, and Chase did not disappoint. Directing a script by John Hughes (The Breakfast Club), Ramis kept the pace quick and the comedy quicker in this road trip masterpiece.

Reitman and Ramis had their most financially successful collaboration with this classic that introduced the term ectoplasm to the world. Ramis writes and once again plays nerdy straight man to Murray’s smart ass in a buoyant, joyous film that was, surprisingly enough for Ramis’s work, family appropriate. And hilarious.

Quote: This Mr. Stay Puft’s OK. He’s a sailor, he’s in New York. We get this guy laid, we won’t have any trouble.

Ramis perfected the blend of intelligence, cynicism and good nature in this ingenious film about a selfish diva weatherman cursed to relive the same day until he can finally do it right. Insightful comedies like this are rare, and the screenplay, in particular, is a gem. Smart, sweet, compassionate and funny, Groundhog Day was Ramis’s last great effort.

Quote: This is one time where television really fails to capture the true excitement of a large squirrel predicting the weather.