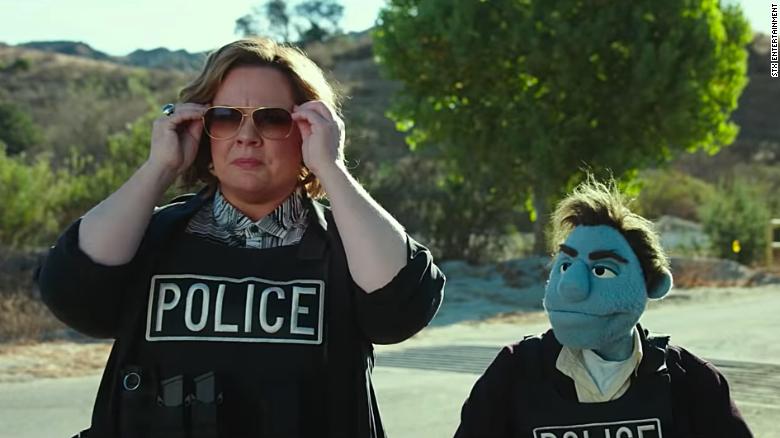 How do you feel about puppet ejaculate?

You should probably be comfortable with at least two of the three if you’re considering seeing The Happytime Murders.

In a Who Framed Roger Rabbitt? vein, The Happytime Murders serves up a noir that exists in a town where flesh-and-blood humans co-exist with fantasy – in this case, puppets. Not Kermit, though. Not Big Bird, either.

McCarthy interacts as believably with puppets as she ever did with Sandra Bullock, and Todd Berger’s script takes excellent advantage of her whip-smart profanity maneuvering.

Not every joke lands. In fact, too many fall entirely flat and far too much time is spent cursing simply to curse. But there are also some spit-take laughs. McCarthy delivers several, and the always glorious Maya Rudolph is responsible for many others.

There is an underlying commentary in Happytime Murders that can be read as a take on systemic racism, or as a note on the underappreciation of puppetry as an art form. Or both? Systemic racism as a metaphor for marginalized puppeteers feels a little tone deaf, but the filmmakers aren’t trying to make the audience comfortable and Happytime Murders is not one for nuance.

The film is raunchy. It amounts to 90 minutes of profane, DNA-spewing nastiness with very little story to redeem it. I’m pretty sure that’s the point.

Director and puppeteer royalty Brian Henson, son of Jim and filmmaker behind The Muppet Christmas Carol and Muppet Treasure Island, spares no one as he spits in the eye of the family film that’s been his family legacy.

Actually, that may not be spit.