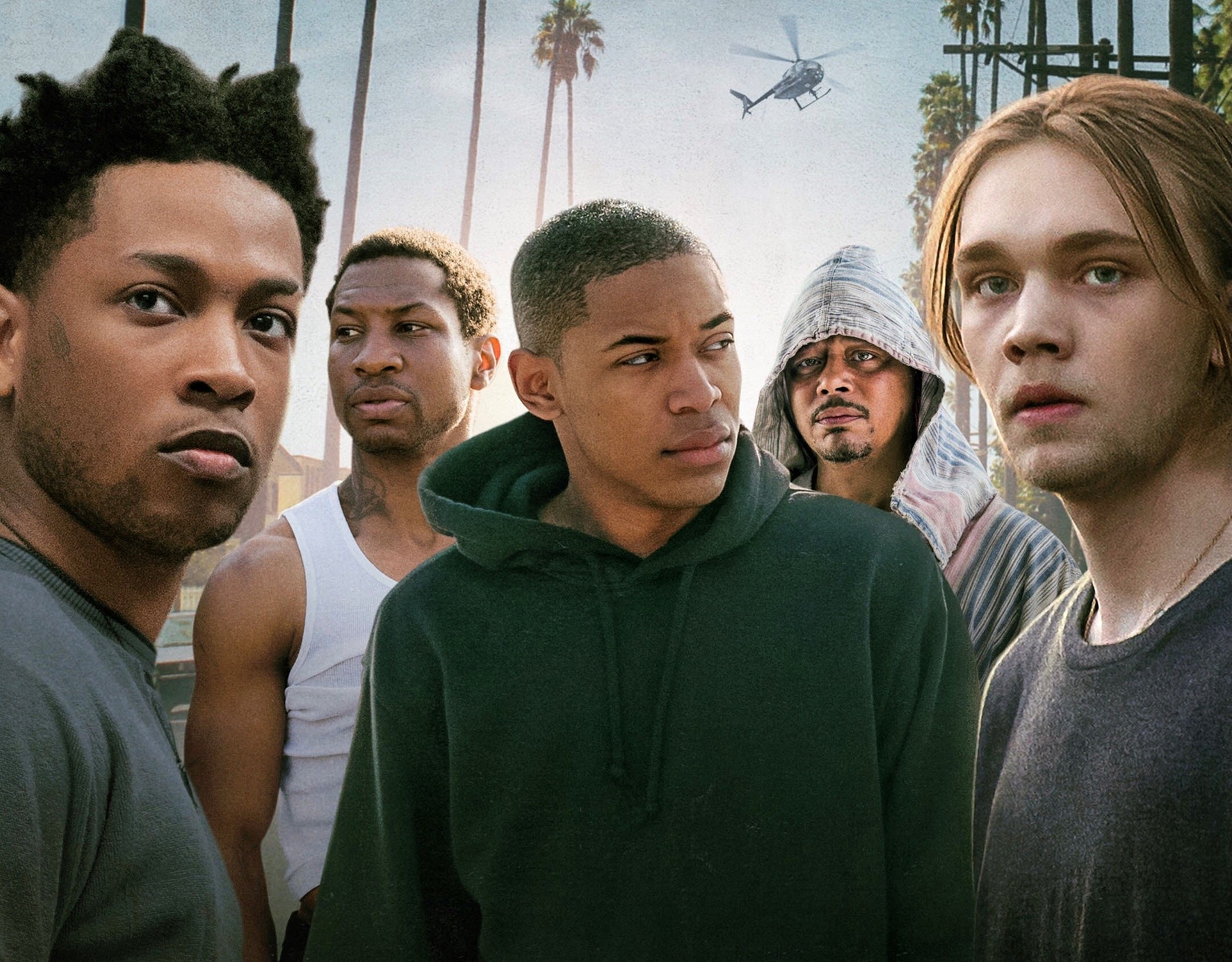 Ron Burgundy may have played that line for laughs, but when the boys in Gully give in to their rage, things couldn’t be more serious.

Jesse (Kelvin Harrison, Jr.), Calvin (Jacob Lattimore) and Nicky (Charlie Plummer) are three teens in a rough L.A. neighborhood who don’t have much use for anything besides violent video games and partying, or anyone besides each other.

They skip school, do drugs, and only seem enthusiastic when they’re trashing a store or living vicariously through video violence.

In fact, through the film’s first act you’re tempted to label this as a hackneyed attempt by director Nabil Elderkin (a music video vet helming his first feature) and writer Marcus J. Guillory (a TV vet with his first screenplay credit) to blame video games for society’s ills.

But hang on and strap in, that’s far from what these filmmakers have in mind.

To say the three friends have had traumatic upbringings is being far too polite. Each has weathered a uniquely hellish situation, leaving them all on the precipice of manhood with little hope for the future.

As Nicky fights with both his mother (Amber Heard) and his pregnant girlfriend (Zoe Renee), Jesse dreams of life without his abusive father (John Corbett) and Calvin struggles with his mental health and the meds pushed on him by his mother (Robin Givens), the boys make a shattering discovery and the fuse is lit.

They begin a 48-hour rampage of wanton violence and calculated revenge, and it will not end well.

Elderkin makes sure the violence is in your face and packed with stylish grit, often blurring the line between reality and video game action. It’s an ambitious play that’s worthy even when it seems over the top, much like the contrasting tones brought by Greg (Jonathan Majors), an ex-con returning home determined to stay clean, and Mr. Christmas (Terence Howard), a homeless neighborhood philosopher.

This film is messy, angry, brutal and defiant, a primal scream that doesn’t much care if you think it’s nihilistic. Elderkin and Guillory have blazing guns of their own, and while they don’t hit every bullseye, there’s enough here to make you eager for their second act.

The world of Gully isn’t a pleasant place to be, and that’s no accident. But a confident vision and three terrific young actors leading a solid ensemble will make sure you’ll be thinking about what goes down here, even if you look away.