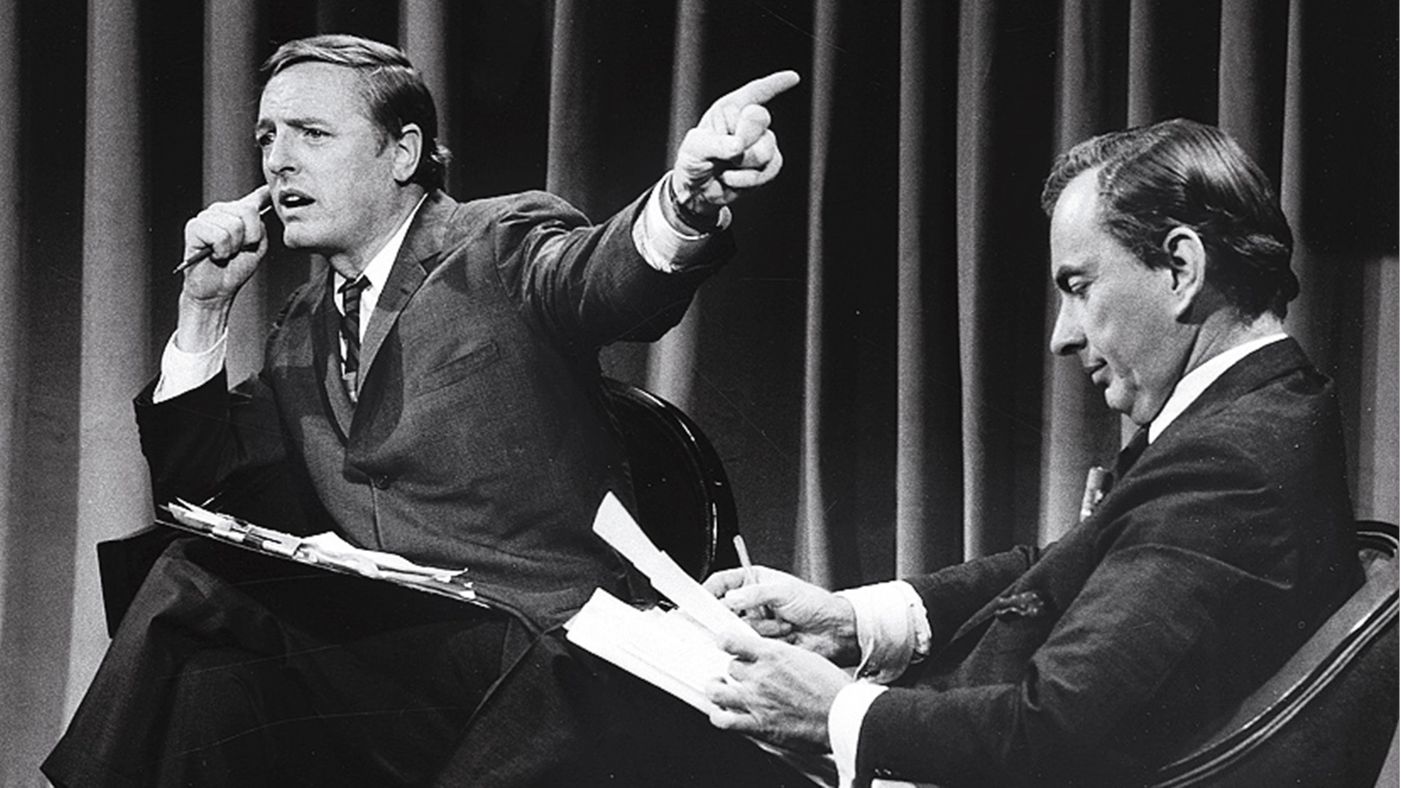 by George Wolf
It was the insult heard ’round the world, and it just might have given birth to an entire industry of blowhard political pundits, talking loud and saying nothing.

Which is ironic, because Gore Vidal and William F. Buckley, Jr. did neither. Both seasoned intellectuals who proudly sat poles apart on the political spectrum, they came together during the presidential campaign of 1968 for a series of legendary, highly volatile debates.

Best of Enemies, a rich and entertaining documentary from directors Robert Gordon and Morgan Neville, gets inside the battles and studies their lasting effects on politics, the media and the men themselves.

In ’68, last-place ABC needed a spark for their coverage of both the Republican and Democratic conventions. They turned to Buckley, the conservative hero, and Vidal, the liberal champion, to end each day’s coverage with a spirited tête-à-tête.

“Spirited” was being polite, as the wordplay escalated to name-calling and a shocking (for the times) moment on live TV that Buckley regretted the rest of his life.

No less a TV icon than Dick Cavett sums it up succinctly: “The network nearly shat.”

Regardless of your political leanings, you can’t help but be impressed by what each man brings to the skirmish. Intelligence, wit, biting humor and thinly veiled disgust are all on display, conveyed with such a beautiful command of the language you can’t help but smile in the midst of their blood sport.

The debates, of course, were a ratings winner for ABC, instantly revealing the insatiable American appetite for argument.

Perhaps the most striking aspect of Best of Enemies is how little those arguments, and the divisiveness surrounding them, have changed. We have these same debates today, with sides that are just as clearly drawn.

The rulebook? That’s another story.

Best of Enemies lives in a time before you could “ignore the other side and live in your own world.”

If only for 87 minutes, it’s a welcome bit of time travel.