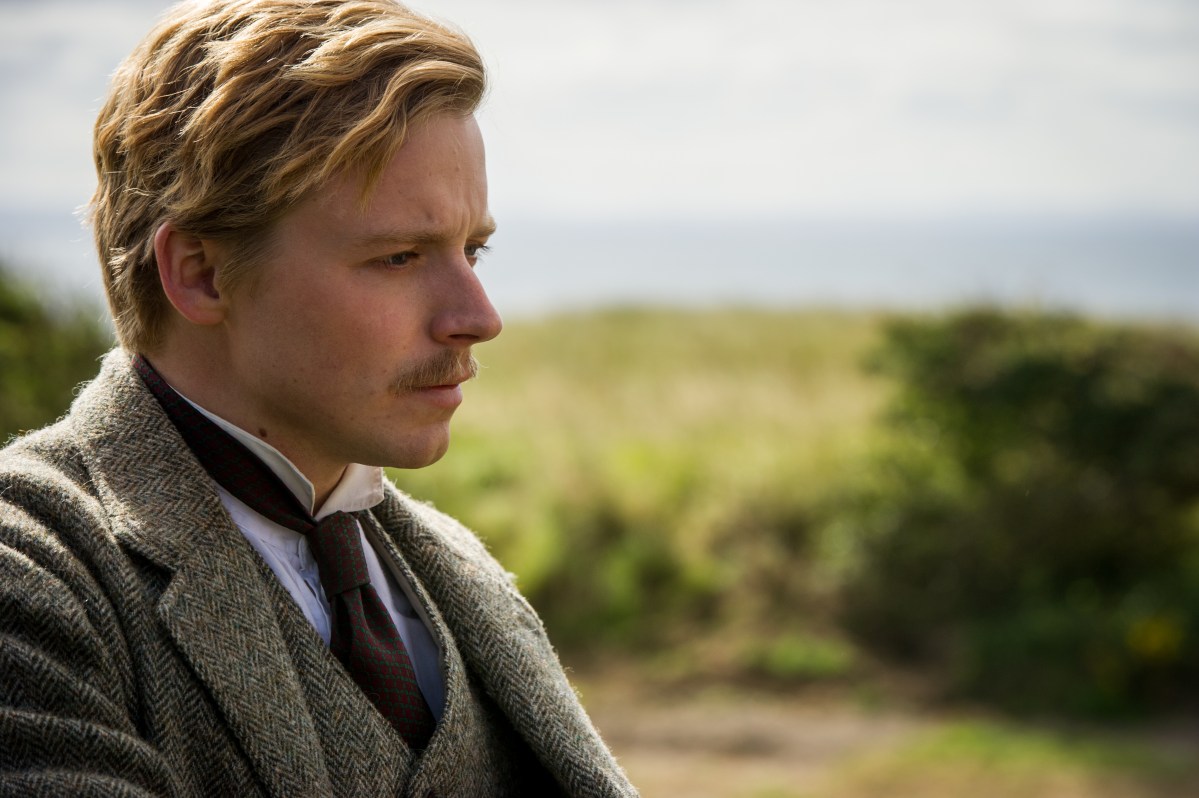 I know zilch about golf, and was fascinated by the story of the father and son who pioneered the modern game, Thomas Morris and Thomas Morris Jr. But there was just too much story squeezed into this movie: class snobbery, ambition, shifts in morality, romance, father/son drama, the development of golfing as a profession, the innovations in technique, the designing of greens, death, grief, alcoholism…

The movie lacked clear focus and, thus, presented enough of the elements of the story to intrigue, but not enough to satisfy—often the case when a book is adapted. In this case, the screenplay was written by Pamela Marin and Kevin Cook, based on Cook’s own 2007 book Tommy’s Honor: The Story of Old Tom Morris and Young Tom Morris, Golf’s Founding Father and Son.

In Jason Connery’s film (yup, Sean’s son), the story is framed by the questions of a young reporter. He has traveled up to Scotland to interview Old Tom (Peter Mullan), who then launches into the tale of his son (Jack Lowden): a golf prodigy discontent with the way the gentlemen at the St. Andrews club treat his greenskeeper father. Young Tom is also unhappy that the toffs take the lion’s share of championship winnings and is determined to correct this, over the protestations of his father who is more at peace with the status quo.

Young Tom’s machinations to obtain more cash and to increase the prestige of the golf player come off a bit petulant and his disdain at his father’s lot in life undercuts the coolness of his father’s career. (Not only a greenskeeper—he was himself a champion—still the oldest winner of the Open Championship—who designed something like 70 golf courses and made equipment.)

It’d be enough, I think, to keep the focus on the golf, but at the same time, the movie tries to cover the relationship between Young Tom and the older woman he falls for (Ophelia Lovibond). She’d given birth to an illegitimate child and this causes a rift between Young Tom and his religious mum. Fine, certainly interesting. But there’s not enough time spent on the relationship to make the audience care about it and the romance takes focus off the golf. Then the woman’s death in a subsequent birth seems to be the catalyst for Young Tom’s decent into alcoholism and early “tragic” death. (Tragic in quotes as the movie seems to imply that Young Tom died from exposure—insisting he finish a golf match inexplicably held in Scotland on Christmas Eve, in a blizzard. A death’s not tragic if you can avoid it by going inside.)

To me, the best part of the movie was the credits sequence where the Connery flashes old photos of the real-life father and son with some simple accompanying text about their lives. So, ultimately, I’d have rather have been introduced to this story as a documentary. Or, if acted, as a BBC or Netflix series that would have allowed all the different facets of the story enough room to really shine.