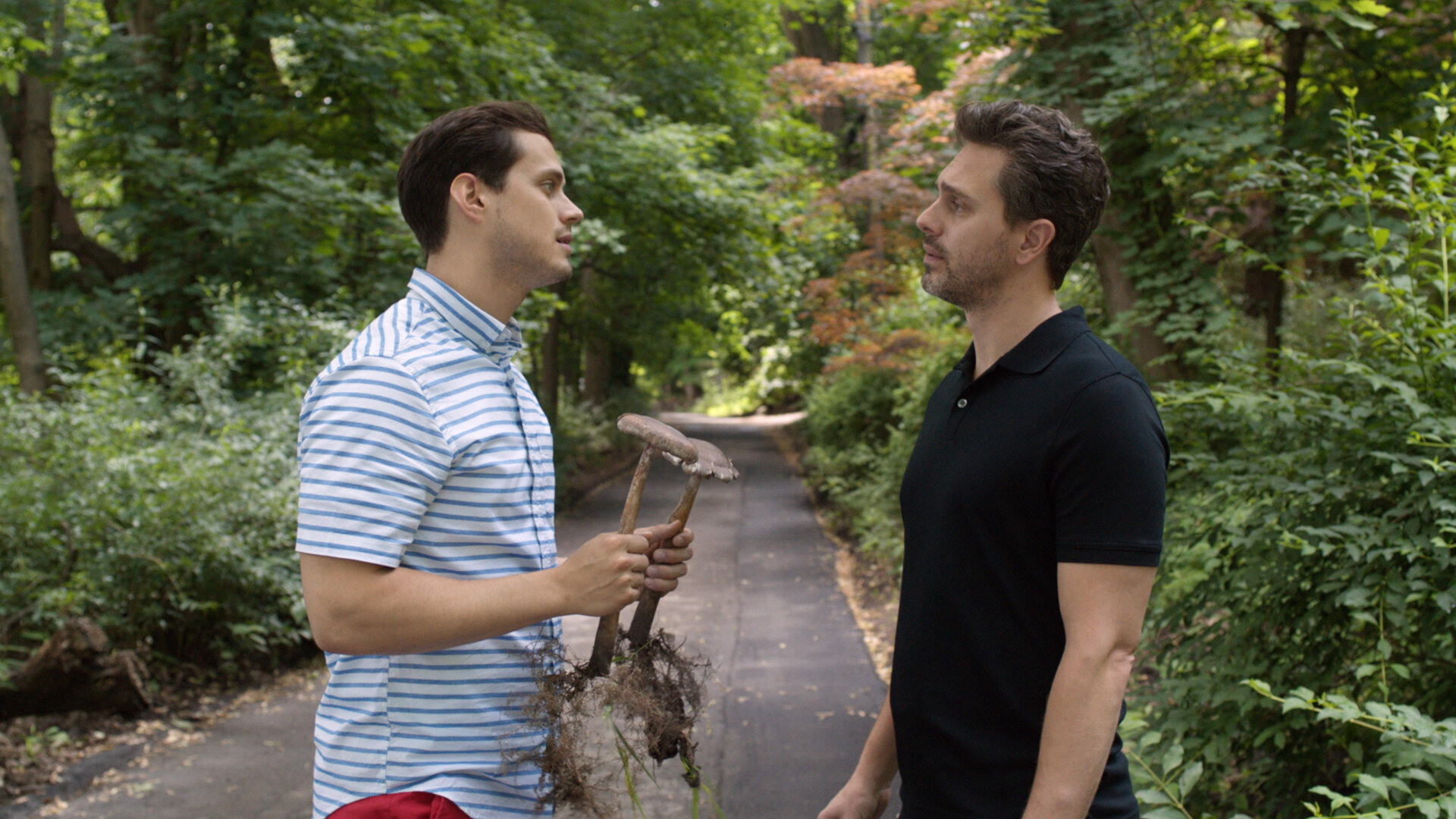 You can’t say Thomas F. Mazziotti didn’t warn you: his new comedy The Mimic starts with a shaggy dog, and delivers on the format and then some.

Thomas Sadoski stars as the Narrator, a screenwriter who finds himself being shadowed by an overly agreeable new neighbor—who, by the way, might be a violent sociopath. The neighbor goes only by the Kid, and actor Jake Robinson plays up the “is he or isn’t he” thing to delightful effect by holding the same unnerving rictus for the entire movie.

As the two men become more and more wound up in each other’s lives, the Narrator starts a determined quest to find out what might be lurking below the Kid’s clingy surface. But not before turning the Kid into part frenemy, part sounding board. It becomes clear that the Kid isn’t the only one with emotional issues in need of exorcising.

Where the film’s breezy comedy takes flight is in the brief encounters the Narrator has along the way. These interactions bring in everyone from a newspaper editor (Jessica Walter) to an unlucky driver (Austin Pendleton) to M. Emmet Walsh in some always welcome scene stealing.

If anything, the rotating guest cast cuts against the film. It’s a minor tragedy to get the likes of Walter, Walsh and Gina Gershon, and then barely get to see them work their comic chops before the story reverts back to the claustrophobic tug-of-war between the Narrator and the Kid.

For The Mimic to succeed as a comedy, there’s a lot riding on the dynamic between Sadoski and Robinson. Mazziotti keeps their philosophical banter both light and fast enough to make us almost forget those fleeting moments when Robinson lets some of the menace come out from behind his smile.

The two actors play well off one another, but it’s hard to escape the feeling that you’re trapped with them as much as they are with each other. They’ve mastered the cadence of a classic comedy couple, but their meandering dialogue varies wildly in just how much substance backs up their conversations from scene to scene.

That might be the point, but a little goes a long way. The cast manages to pull off some genuinely funny moments, but when you peel away all the winking direction and screwball zingers it’s hard to shake the feeling that, as comedy, The Mimic gets by on doing an off-kilter impression of the real thing.