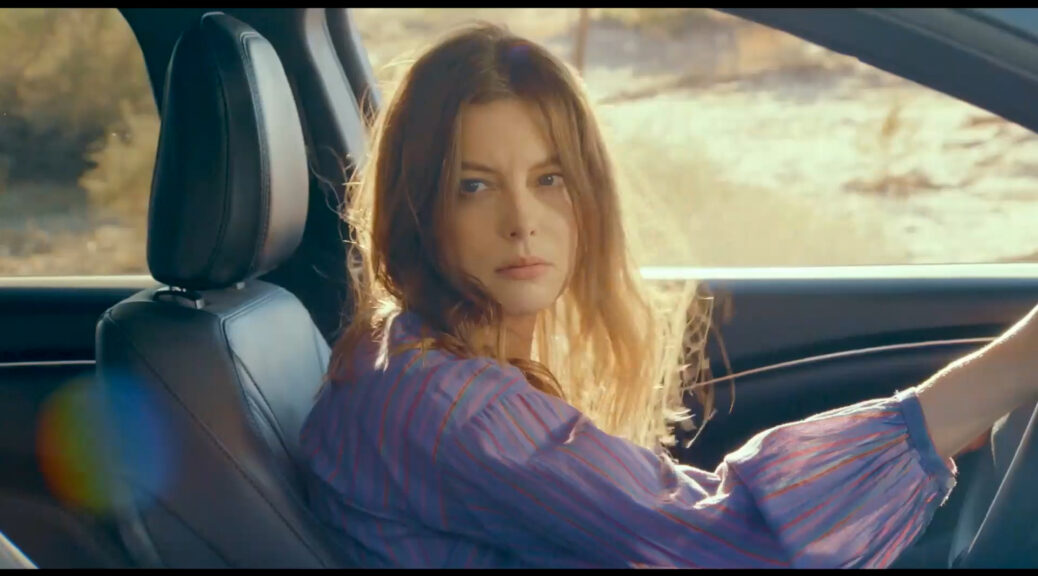 The Seven Faces of Jane

The Seven Faces of Jane is an experimental film made using the technique of “exquisite corpse,” an approach developed by surrealist artists in which a piece is made by multiple people.  Each artist contributes a part of the whole without knowing what the other artists are doing.

Here, eight directors collaborated to make a film in which most scenes were created by directors largely ignorant of what the other directors were contributing. Each director knew where their scene would appear in the timeline of the film and was given instructions as to the setting and major event to take place.  Otherwise, they were given total creative freedom.

It’s a bit like the restaurant wars part of Top Chef, where contestants try to create a pop-up restaurant with a cohesive concept but each is responsible for one dish and must use it to articulate their entire cooking philosophy—to attempt to stand out and “put themselves on the plate.” This is usually fun and dramatic and results in some…inconstancies in the diners’ experience.  Stuff happens like three chefs will collaborate to make a soul food restaurant while the fourth serves up an Asian dish with a chiffonade of collard greens on the top as a superficial nod to the overall concept.

The Seven Faces of Jane generally works in the same manner. It’s fun to go if you are in on the concept and like seeing what professionals can do when faced with a novel challenge. But if you were just a hungry person looking for a good meal, you might lack the patience for this sort of thing.

Gillian Jacobs stars as the titular Jane and directs both the opening and closing frames of the story in which Jane drops her daughter off/picks her up at sleepaway camp. The other pieces explore, with varying degrees of success, who Jane is outside of her role as “mom.” Jacobs’s presence does a lot to maintain a generally melancholy throughline.

The outlier, the General Tso amongst the mac and cheese,  is the first scene inside the frame, “Jane2”, by Gia Coppola. This one reads as an homage to Guy Ritchie films like Lock, Stock and Two Smoking Barrels, but with more surrealist elements. It’s weird and makes you think that the movie is heading off in a certain direction, which in the next scene, it just…doesn’t.  But, as “Jane2” occurs so early in the film and is so different from the rest, the jarring nature of it helps establish the kind of Frankenstein’s creation that is being brought to life. To place it elsewhere in the movie’s timeline would have been a mistake.

Not that there aren’t other weird scenes. There’s one where Jane is called in by her agent to audition for a role in a mausoleum where the casting directors mostly seem interested in what her uvula looks like and how she bleeds. There’s another scene that features a lengthy modern dance sequence.  It’s just that these scenes kinda flow better.

Ken Jeong makes his directorial debut in “The One Who Got Away.” Here Jacobs stars opposite Joe McHale and they get to reprise the chemistry and sharp banter that made them so fun to watch in Community. Overall, The Seven Faces of Jane is a fun experiment, and a great way for Jacobs to show her range, but something that a very small audience will likely be into. If you are just looking for a cohesive story to take you out of yourself for a couple of hours, you are probably better served elsewhere.