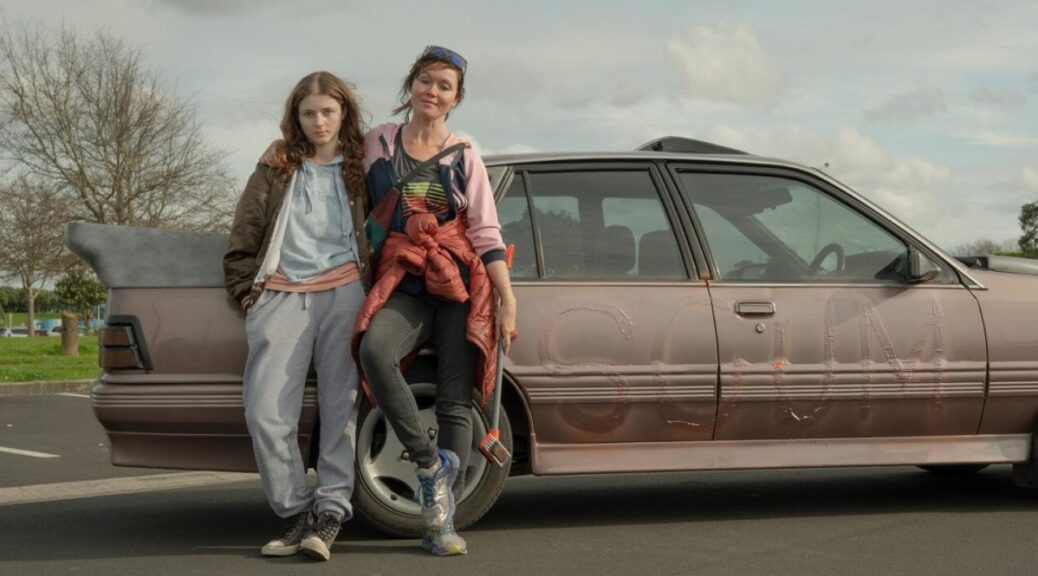 The Justice of Bunny King

It is with deepest cynicism that writer Sophie Henderson puts those words into the mouths of social workers and police officers in director Gaysorn Thavat’s effecting The Justice of Bunny King. But it never feels forced. Nothing in the film does.

The Justice of Bunny King rides intimacy and Essie Davis’s fierce and tender performance to articulate a scathing indictment on the way the system, blinded by classism and misogyny, fails.

Davis plays a woman with a smile and a good word for everyone. That doesn’t change the fact that Bunny remains sometimes barely a step ahead of the rage that has upended her life. That rage is likely what’s kept her alive as well.

At the moment, Bunny’s cleaning windshields in traffic, cleaning house and babysitting at her sister’s place, and trying desperately to find a place of her own so she can have her kids back. She’s almost there, too. She can just about touch it. But she risks all of it to keep another woman from falling victim to the systems in society that make it so hard for poor people ­– poor women, in particular – to be safe.

Thavat’s film – like Nia DaCosta’s 2018 gem Little Woods and Courtney Hunt’s 2008 indie Frozen River – takes a clear-eyed look at modern poverty. Each film also benefits from powerful, human performances by two women working in tandem to tell the story of women who are more powerful when they work together.

Davis is a force of nature, delivering authenticity flavored with spirit and spite. Her fire finds balance in a quieter, more brooding turn from the wonderful (as always) Thomasin McKenzie.

Like Breaking, featuring an underappreciated powerhouse performance by John Boyega, Bunny King recognizes the wearying web of bureaucracy and antipathy that enforces a class system. But Thavat’s film finds comfort in community, allowing that there is help and hope. It may not come from those who can afford it, but those who best understand your plight.

Thavat allows an impeccable cast to take advantage of lines like that one. Her even hand behind the camera never forces drama, never wallows in suffering. Together with her team and through this story, she fights the power.