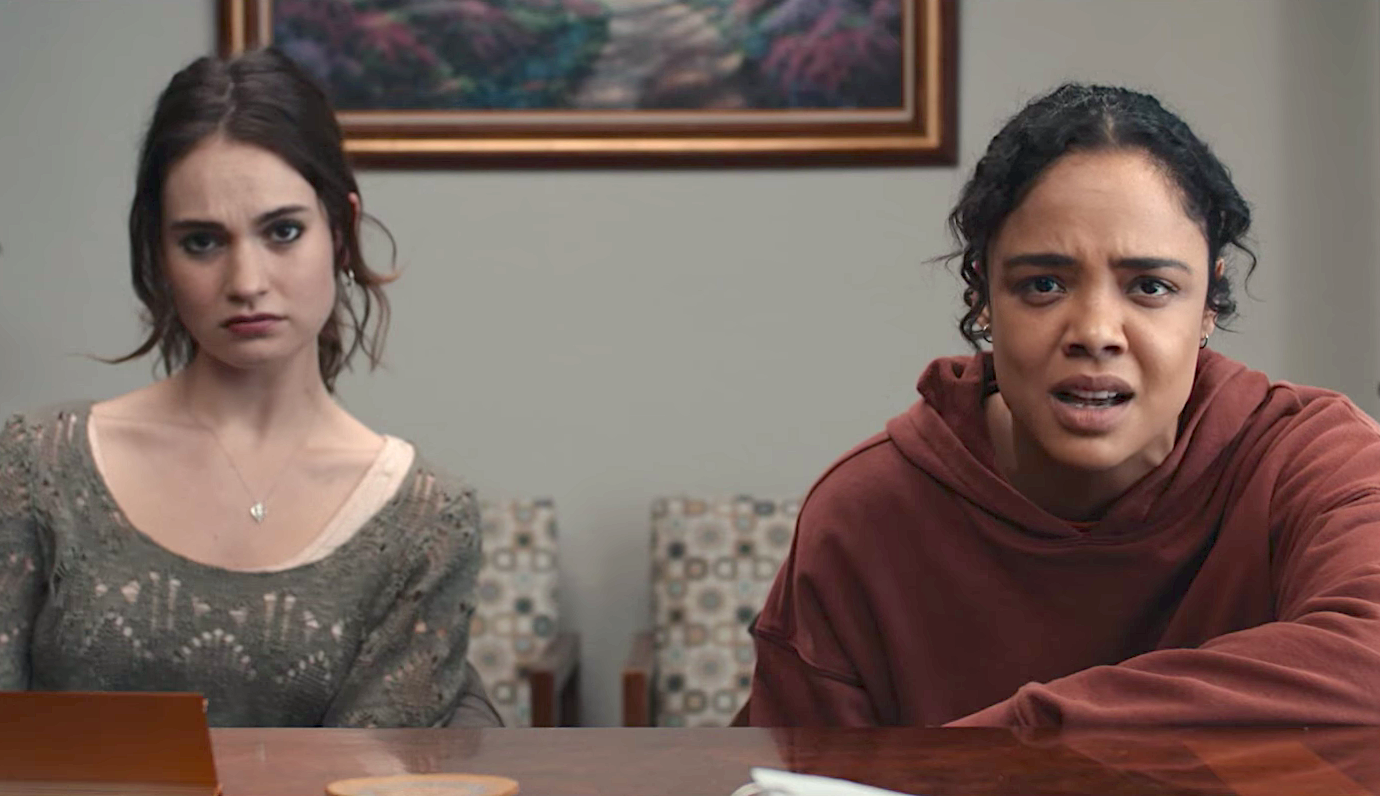 If you already know the name Nia DaCosta, the likely reason may be that Jordan Peele pegged her to direct the Monkey Paws-produced remake of 1992’s horror gem Candyman that’s due next year.

What had she done to so impress the new American emperor of horror?

DaCosta’s feature directorial debut, which she also wrote, is not a horror film. It’s an independent drama of the most unusual sort—the sort that situates itself unapologetically inside American poverty.

Tessa Thompson anchors the film as Oleander. She has 8 days left on her probation for running drugs across the Canadian border and she means to get the F out of her dead end town the first minute she can. Her sister Deb (Lily James) complicates things.

There is a predictability in the setup that DaCosta uses to betray your preconceived notions. While the traditionally structured narrative does its job to elevate tension, the characters within that tale veer wildly—or, authentically—from the expected.

The border crossing scene in Little Woods holds particular resonance, even more than it did back in 2008 when Courtney Hunt put Melissa Leo and her car on Frozen River‘s thin ice. Echoes of images from our own Southern border help to contextualize the nation’s narrative about saving society from the poor families and the criminals out to exploit our riches.

See it because it’s what American actually looks like.