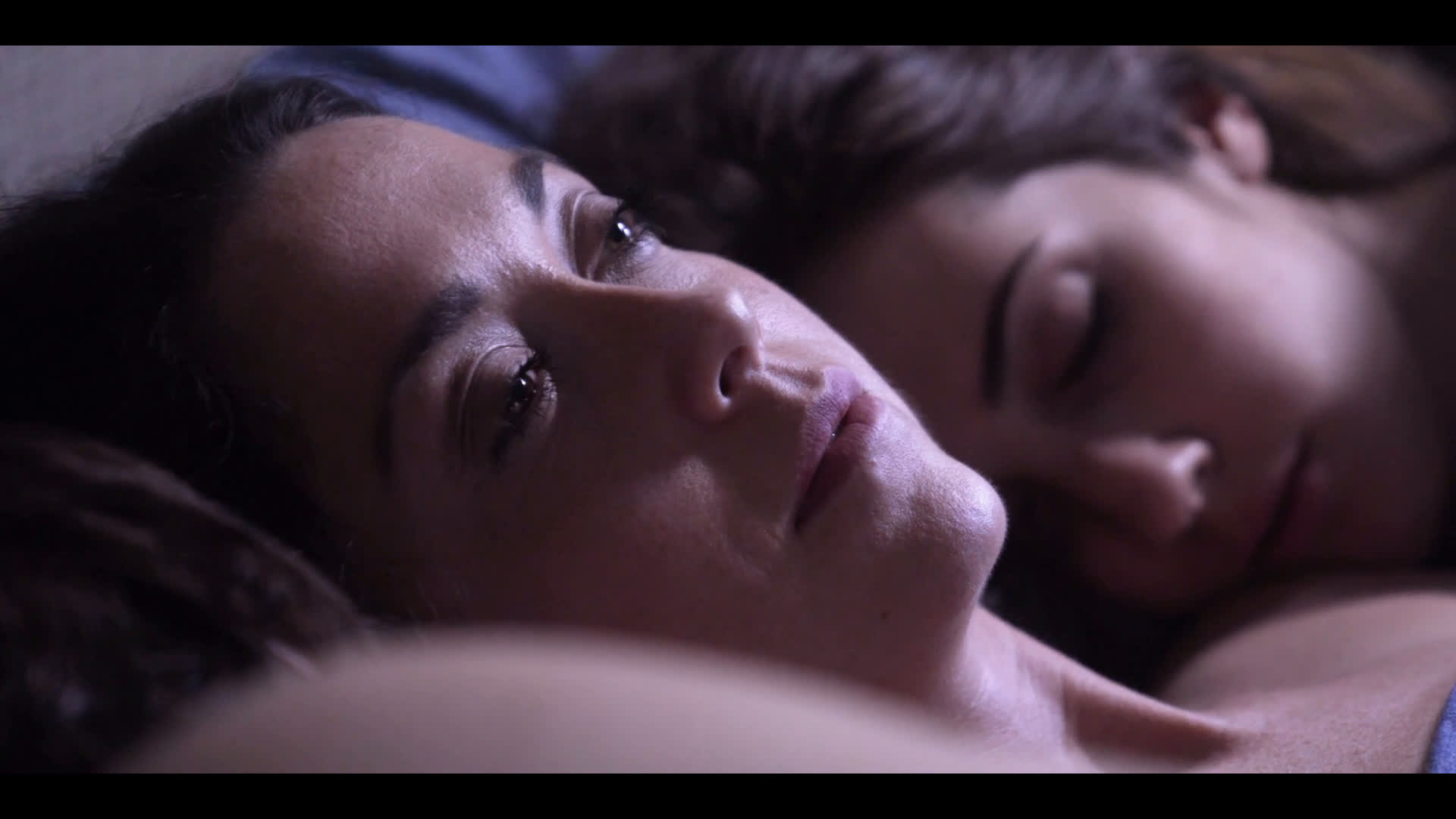 When Nena (Rachel Alig) meets Olivia (Kate Beecroft), there’s an instant spark. So even though Nena is married to Drew (Ryan Caraway), that doesn’t stop her from pursuing Olivia. In writer/director Victor Neumark’s first film, First Blush, an unconventional relationship forms as a duo becomes a trio in an exploration of a polyamorous relationship.

The best part of First Blush is that the characters seem like normal people. Save Olivia’s background as a Parisian model, the rest of the people we meet feel a lot like people we know. There were several moments that nailed the transition from single (or dating) twenty-somethings into married thirty-somethings – anxious Nena particularly reminded me of quite a few people (myself included).

Overall, these are characters who struggle with happiness, with what it means to be grown up, and with how to be brave. Nena’s resolve to say ‘yes’ more often is what leads her to pursue Olivia. While at first Drew seems simply along for the ride, Neumark makes sure to insert him (no pun intended) into the relationship as more than a bystander but an equal part.

The predictable ménage à trois montage, when it comes, is light on the sex, and more interested in illustrating the fun the three have as they fall into a relationship. The movie never stoops to voyeurism, instead it plays out as one would expect of any romantic dramedy – not to say it entirely follows a pattern, but by following a semi-predictable model, the film means to normalize the polyamorous lifestyle as a valid choice.

But the third act flounders. Following the film’s unnecessary time jump, Neumark isn’t as skillful at navigating the complications that arise within the trio. Unlike the naturalistic first and second acts, the third relies on things we’ve been told rather than shown. It would have been more interesting to see the interim time between the second and third acts, to give us a chance to watch as the tensions arise between the characters.

However, the movie never fails to engage emotionally. We’re invested in this relationship, we want to know how it will work, where it will go. While it might not be a relationship style most of us will experience, that doesn’t mean we can’t understand the appeal. You want the characters to be happy, in whatever relationship style that works best for them.