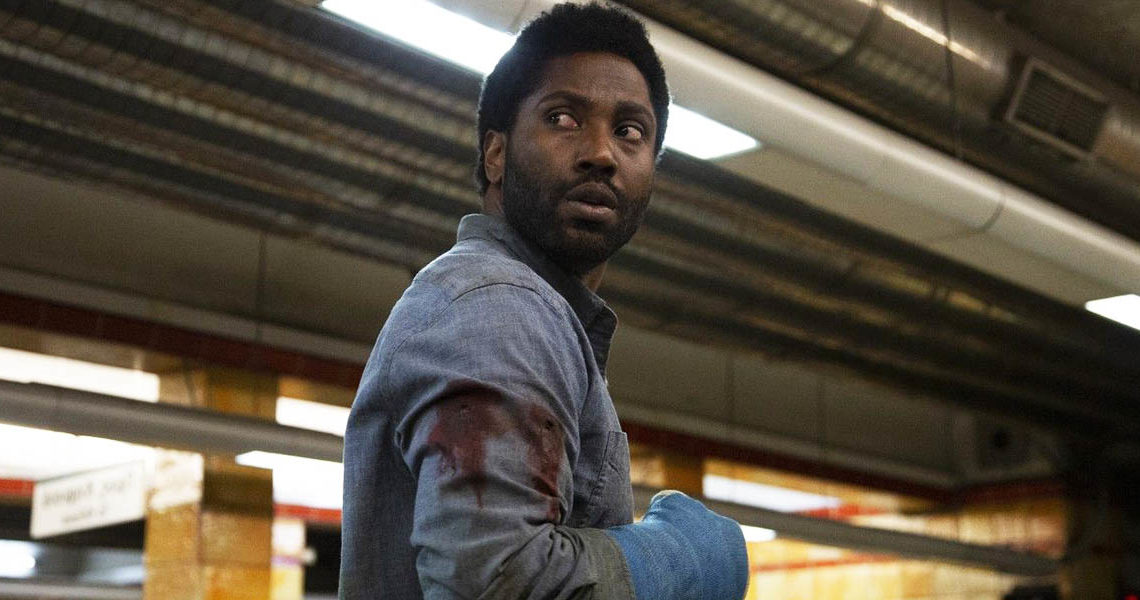 The jury may still be out on the level of acting chops passed from Denzel to John David Washington, but Beckett proves once again JDW can handle a physically taxing role as well as anybody in the business.

He’s taxed early and often as the titular man on the run in Netflix’s Beckett, a moderately satisfying throwback to political thrillers of the 1970s.

While on a “get far, far away from it all” vacation in the mountains of Greece with girlfriend April (Alicia Vikander), Beckett loses control of their car on a steep curve. Crashing through the door of a remote home below, Beckett catches a glimpse of something he’s not meant to, and the threats on his life soon begin.

The local police tell Beckett that April is dead, but they won’t let him see her body, which is the least lethal reason he quickly realizes these cops can’t be trusted. The U.S. embassy in Athens is hours away even by car, but Beckett sets out on foot to beg, borrow and fight his way to safety – and the answer to why he’s a marked man.

As capably as Washington handles the action, he’s never quite able to get Beckett’s frantic paranoia to a level that rings true. And once he gets help from a determined activist (Vicky Krieps), the bad guys become easier to spot and the lack of overall intensity brings a sluggish feel.

Director/co-writer Ferdinando Cito Filomarino delivers some picturesque and well-staged set pieces, but the political conspiracy that’s brewing underneath wears thin despite worthy intentions. The point about how easily anyone can become a marginalized pawn in the game becomes a bit frayed, lost in workmanlike global thriller threads.