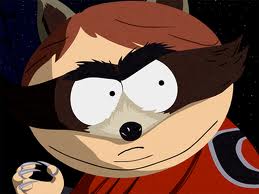 Sure, he has his own band, but Milhouse Van Houton’s overshadowed super sidekick needs to step out from behind Radioactive Man’s cape and save the day on the big screen. Yes, his mask stinks of acne medicine and desperation, but c’mon, can’t Hollywood borrow a feeling and give him a chance!
http://www.hulu.com/watch/40715