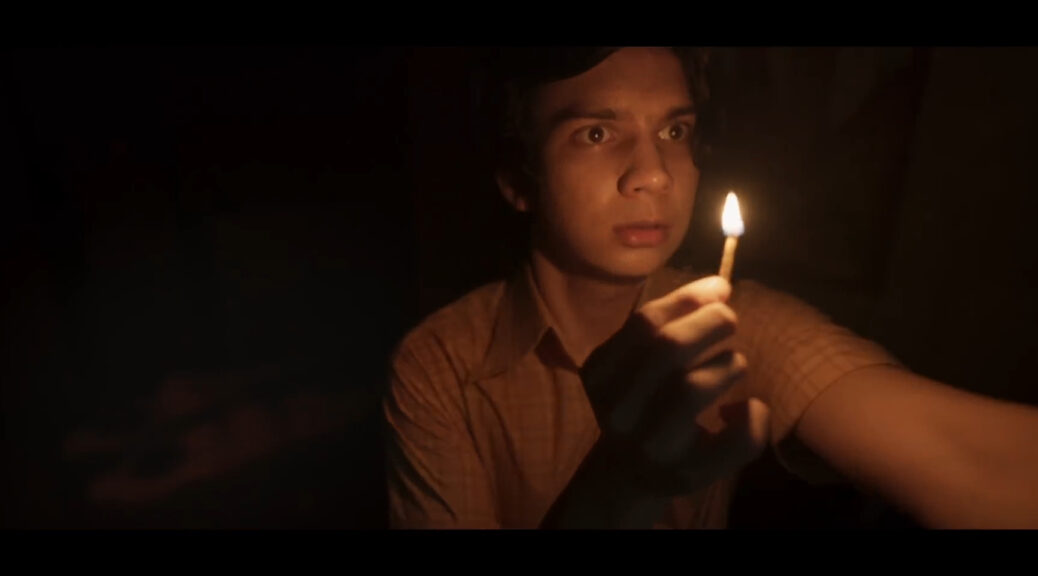 In what may be Joko Anwar’s most assured and consistently spooky effort, Satan’s Slaves: Communion evokes effective, building horror.

Building, like a towering apartment building. It’s not an image you expect to find in horror, but it has been used to fantastic effect a number of times. Obviously, Rosemary’s Baby and The Sentinel delivered urban terror via creepy architecture. More recently, Rec and the action classic The Raid took advantage of layer upon layer of floors and doors for bloody mayhem.

Anwar blends the supernatural of the earlier films and the pandemonium of the latter with the looming presence of the structure itself, a bit like what you’ll find in Eskil Vogt’s The Innocents and Ciaran Foy’s 2012 horror, Citadel.

The mish-mash works wonders to conjure a dark, dreary, dangerous trap with supernatural evil waiting down every hall. And don’t even look in the laundry chute.

A sequel to his 2017 Satan’s Slaves (itself a riff on Norman J. Warren’s ’76 cult horror Satan’s Slave), Communion picks up in 1985, just a few years since Rini (Anwar favorite Tara Basro) and her brothers Toni (Endy Arfian) and Bondi (Nasar Annuz) lost their mother and little brother to something very sinister. Their dad moved them to this building in Jakarta, and as long as they can survive the big storm that’s coming, Rini will finally leave the nest and pursue her education.

Sure. Just don’t take the elevator.

The first Indonesian film to be shot in IMAX, Satan’s Slaves: Communion looks as grimy and shadowy as any Anwar film – as it should. He uses shadows and distance, cramped spaces and lighting to set a stage that unnerves. Both sound design and practical FX complete that picture. Yes, the ideas and even some images are pulled from other films, but the final concoction is utterly Anwar.