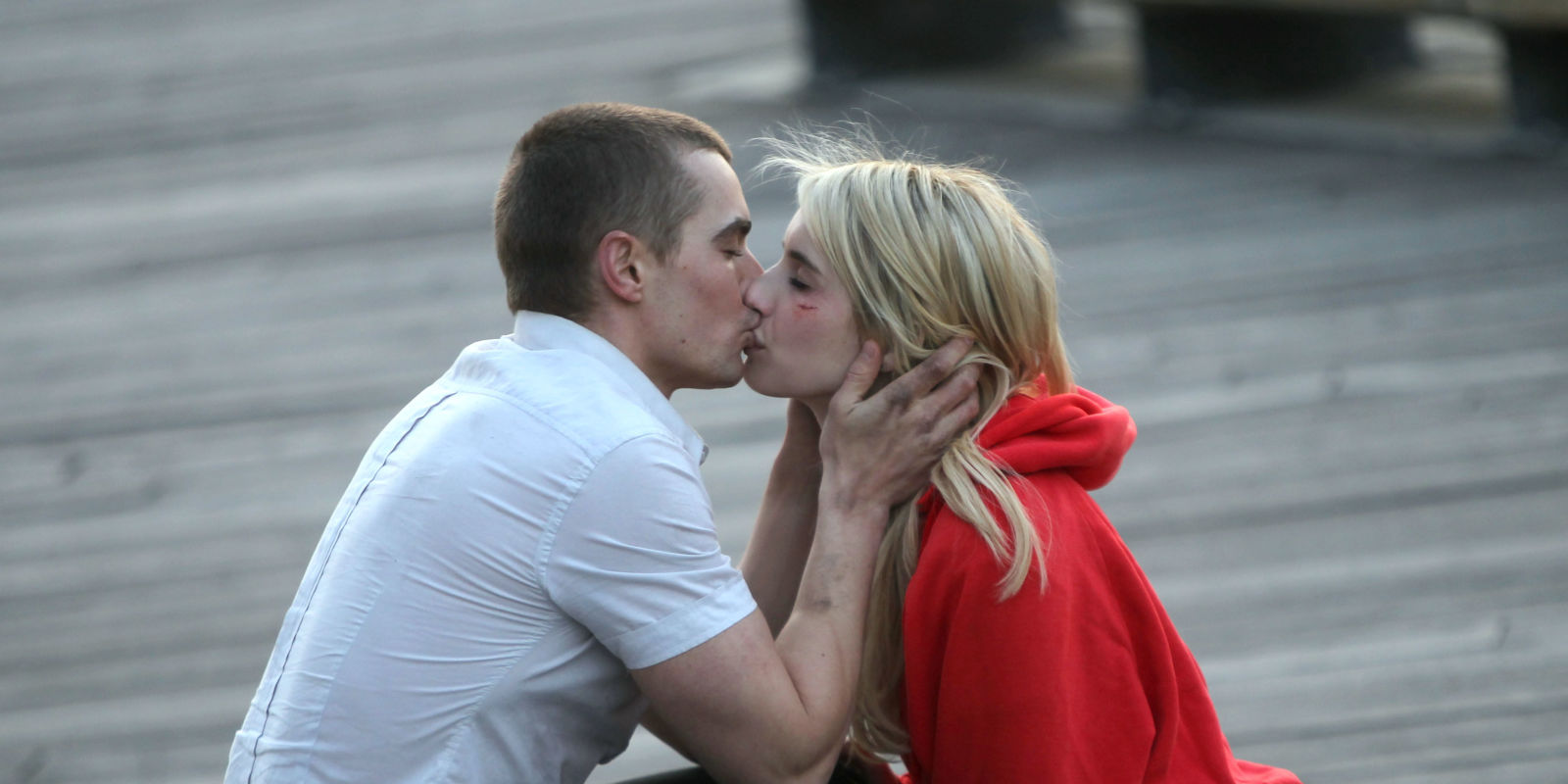 Directors Henry Joost and Ariel Schulman like to reflect the evolution of society’s culture of technology. Their breakout 2010 “documentary” Catfish questioned the safety in online anonymity. Over their next few films these themes grew and merged with statements on privacy vs voyeurism, exhibitionism and thrill seeking in a digitally saturated world.

With Nerve, the filmmakers have wrapped these ideas around the universal truth that kids are stupid and framed it with your standard fare high school drama, achieving surprisingly entertaining results.

Within the film’s universe, Nerve is an online game of truth or dare, “minus the truth.” Participants choose to be players or watchers. Watchers choose dares, players complete them, gaining cash rewards and collecting watchers. The player with the most of both wins – or do they?

Emma Roberts is Vee, a high school senior who observes more than she participates. Definitely not a player. But when brash bestie and Nerve celebrity-wannabe Syd’s (Emily Meads) miscalculation leads to Vee’s public humiliation, she leaps outside her comfort zone and joins the game.

Kiss a boy (Dave Franco). Ride into Manhattan with him. Try on a swanky dress. Everything seems innocent – even dreamy – until it doesn’t.

Jessica Sharzer’s script, based on Jeanne Ryan’s 2012 novel, is sharp enough to keep you interested regardless of the holes in the plot, which devolves into utter ridiculousness by Act 3. Still, in a forgettable B-movie kind of way, it’s a fun ride.

It also boasts a savviness that’s too of-the-moment to remain relevant by the end of the summer, but right this second it’s both cheeky and insightful. The finger-wagging and lessons learned fit perfectly with the familiar teen angst of the genre in this glitzy cautionary tale.